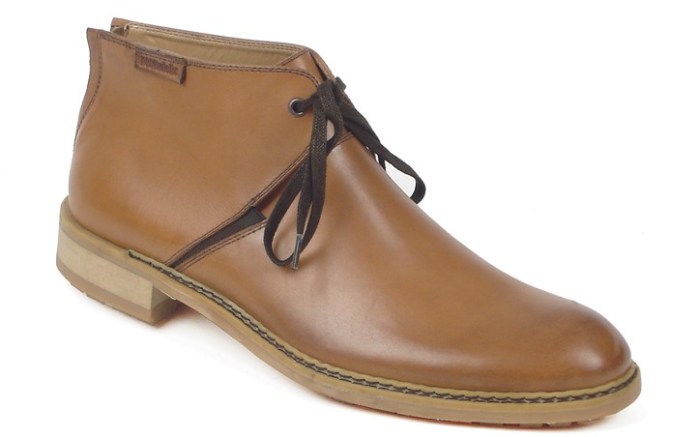 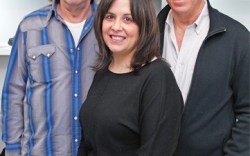 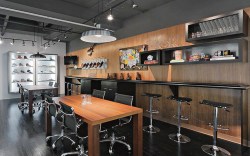 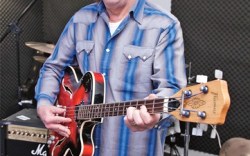 Deer Stags is anything but stagnant.

Company executives said that such moves are part of a larger strategy to modernize the brand.

“We wanted a second brand that sold at higher price points,” EVP Rick Muskat said about the label’s $90-to-$200 pricing strategy.

Rockadelic also was designed to expand the company’s consumer reach by attracting younger consumers, ages 22 to 40. “We’re taking classic styles and categories and detailing them in the way men are dressing now,” said creative director Alison Muskat. “They’re all understandable and can be worn with a T-shirt and jacket.”

So far, Rockadelic has found early success, thanks to on-trend, well-timed product.

“A lot of brands have been destroyed by heavy sales promotions [during the bad economy],” said Michael Muskat, president of Deer Stags. “So when things turn around, how do [these brands] go back to regular pricing? There will be a lot of openings for brands that haven’t been bastardized.”

In fact, the Muskats said they believe Rockadelic could be a sizable business in five years, eventually expanding beyond footwear. Retailers already on board include Atrium in New York, Fred Segal Feet in Los Angeles and Churchill’s in Mt. Kisco, N.Y.

For Lori Land, co-owner of Churchill’s, the Rockadelic line fills a void in its moderate fashion business. “It’s quality at great opening price points, below John Varvatos and Bruno Magli,” she said. “We didn’t have a line that guys could wear with jeans and then a casual suit. The shoes go with our contemporary men’s merchandise.”

But stepping into the fashion arena isn’t without its potential perils — something Deer Stags executives learned the hard way. In 2005, the firm launched women’s line Oh Deer! but shelved it after three years, despite an account list of 550 specialty stores.

“We had success and a great relationship with retailers,” said Alison Muskat. “But once the financial crisis hit, it hurt more than half our distribution.” What’s more, she added, the higher costs of smaller orders “didn’t make business sense.”

Though the company is exploring new terrain outside its core moderate-price business, the Deer Stags brand continues to be the foundation.

“It’s the heart and soul of the business,” said Michael Muskat. “It’s more than half the dollar volume.”

In fact, the label’s strength spawned sister brands, all contributing to overall sales growth of 22 percent in 2010, with similar projections for this year.

Among the brand extensions is Walkmaster, a line of wellness looks introduced last fall that retails for $60, compared with Deer Stags’ $50 price tag. Its pricing strategy and more directional styling could appeal to independents, as well as big-box stores, noted Michael Muskat. “[They] need this price point in today’s economy,” he said.

Rounding out the company’s stable is Deer Stags 902, including leather-lined synthetic styles; Soft Stags, a line of manmade shoes; and Slipperooz, a men’s and women’s indoor-­outdoor collection sold on QVC. And timed for Father’s Day, the firm will debut Detour, a higher-end comfort line pegged at $90 to $200, which could open the door to higher-end stores.

Such extensions are paying off with retailers.

Shoebuy.com carries a range of Deer Stags brands, including Soft Stags and Slipperooz. “All offer a balance of quality, comfort, classic styling and affordability for mainstream consumers,” said Megan Moser, VP of merchandising for the Boston-based e-tailer.

Gary Kennedy, EVP of Marty’s, in Westwood, N.J., said the core Deer Stags brand attracts customers with its comfort and width offerings. “We have a big-time repeat customer,” he said. “It’s one of our best brands. It’s a great value at $50. In this economy, people are looking for value. They’re not spending $100 [on shoes] anymore.”

To further brand awareness, Deer Stags’ management team, which also includes Steve Muskat, SVP of sales, and Howard Weiss, SVP, is focusing on its own e-commerce business. In December, the company launched Rockadelic.com and Softstags.com.

“Our Web business [continues] to grow,” said Michael Muskat, estimating it could represent 10 percent of sales this year. “Our core [Deer Stags] product is reordered by consumers. It’s the bread-and-butter [of the business].”