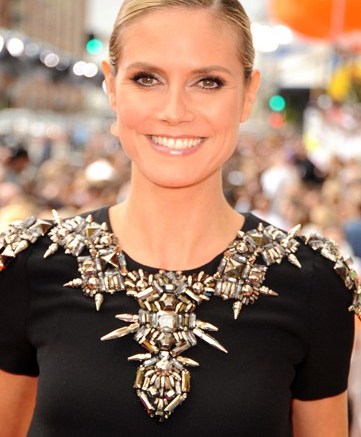 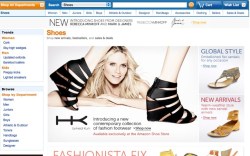 Heidi Klum is putting her best foot forward, with the launch of her own shoe lines.

HK by Heidi Klum, a seven-style collection of flip-flops, pumps, booties and wedges debuted exclusively on Amazon.com today, at a price point of $89 to $159. In addition, Klum’s HK for New Balance collection of six sneaker styles rolled out for under $100 on the site.

“I design with every woman in mind, but they have to be shoes I would want in my closet,” said Klum. “I take into account the same basic things when designing a pair of sneakers or a pair of sky-high heels: They should be comfortable, well-made and complement your outfit rather than compete with it.”

Within the next few weeks, additional styles for the HK line will be added. And on June 15, the collections will hit sister site Endless.com.

For spring ’12, Klum, who created an activewear line with New Balance last year, will enter more categories, including eyewear.

After the growth of the apparel line (retail sales have increased more than twofold each quarter since October 2010), Modern Vintage and Majestic Mills co-founder Rick Cytrynbaum is expecting another strong response from consumers for footwear.

“Heidi is a real fashionista and she is a driving force in the fashion world,” said Cytrynbaum, whose company owns the worldwide license for Klum. “She has a really strong point of view. She’s into every detail down to the stitch, and she’s put together a beautiful collection. The launch is going to be great.”