Glam Gams at the Grammys 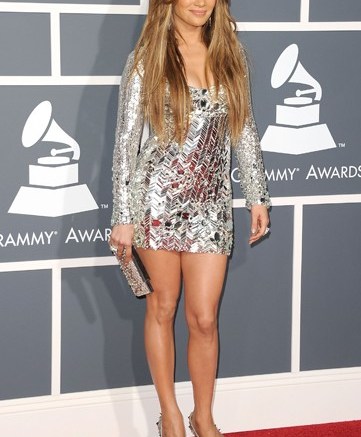 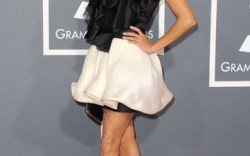 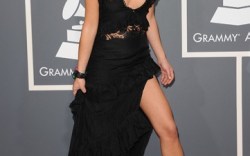 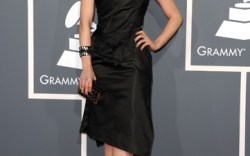 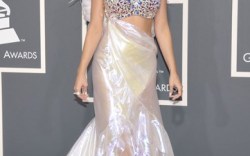 Skin was in at the 53rd annual Grammy Awards last night, as stars turned out in short frocks that showed off not just their footwear but a whole lot of leg, too.

While rising hemlines were a theme of the night, so were vertiginous platform shoes in every color, from black to nude to diamante.

Eva Longoria was effortlessly chic in an Ashi dress with a Sergio Rossi clutch and Brian Atwood satin pumps.

The stars of “Glee,” who were all co-nominated for two Grammys, certainly got the memo about platform pumps. While Lea Michele went the romantic route in a black ruffled Emilio Pucci frock with a thigh-high slit and a pair of black platform pumps by Christian Louboutin, Dianna Agron opted for a sleek, modern ensemble by Vivienne Westwood with Brian Atwood heels.

Katy Perry, who was nominated for Album of the Year for “Teenage Dream,” also paraded her pins by way of an Armani Prive design with an asymmetrical ruffle skirt that showed off her sparkly Casadei platform pumps.

Meanwhile, supermodel Heidi Klum, tightly wrapped in a down-to-here and up-to-there sequined number by Julien Macdonald, accented her look with a matching gold pedicure that peeped out of her python-print Louboutins.

Pop-star Rihanna was the talk of the town in a Jean Paul Gaultier Couture number composed of alternating panels of ruffles and sheer fabric. On her feet: None other than a pair of nude, pointy toe heels by the red-sole king.