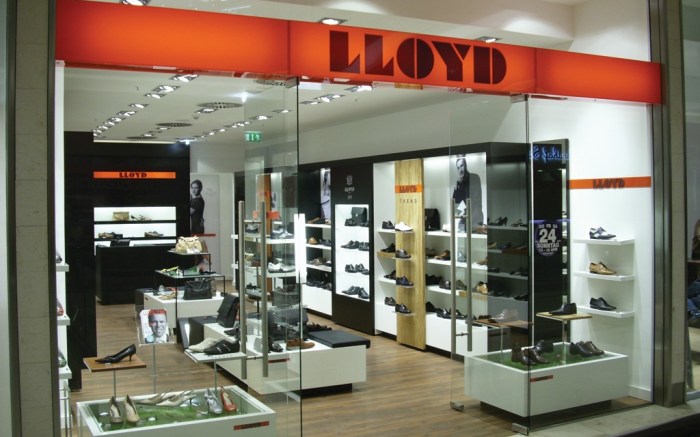 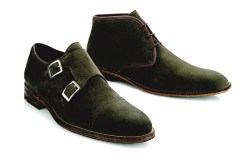 Lloyd may be an unfamiliar name to men in the U.S. right now, but that’s about to change.

The Sulingen, Germany-based brand, founded in 1888, has long been a player in the European footwear world. Known for a range of crafted men’s shoes, priced between $200 and $800, Lloyd continues to manufacture a portion of its collection in Germany each season. (Women’s shoes were reintroduced in 2001 after an almost 30-year absence.) Over the label’s long history it has added a leisure segment and accessories to its dress shoe offering and grown its retail base. Last year, Lloyd distributed 1.6 million pairs of shoes to about 3,500 points of sale.

In 2010, the company, which is owned by private firm Ara Shoes AG, saw sales hit 105.8 million euros, or $143.1 million at current exchange, according the company, and said it expects to see a further increase this year.

Now, the company is making a larger push in the U.S.

Mike Mangiaracina, VP of sales for Lloyd North America, is leading the effort here, focusing first on men’s shoes. The former Birkenstock sales manager became familiar with the brand after seeing it at the GDS trade show, and joined the company last year. He then helped develop the plan for relaunching Lloyd in the U.S.

“About 10 years ago, they opened a store in Chicago and started distributing the product but really couldn’t find the right way to do it,” Mangiaracina said. “The first thing they were doing wrong was trying to do everything from Germany.”

So right away, Mangiaracina helped Lloyd set up a warehouse in New York to get product to retailers much faster. The firm also now has customer service and available credit in the U.S. through Ara, to create a better experience for clients. Over the past year, Mangiaracina, who is based in Batavia, Ill., was able to hire his first sales representative to cover Canada, and he is looking for someone to handle the Northeast territory.

“The other thing they were doing wrong in the past was just going to anyone who wanted to carry the product, and what we need to do is lead that as salespeople and go to the right accounts,” said Mangiaracina.

As a result, the brand is approaching wholesale slowly in the U.S. and is now carried in Shoe Mania in New York; Hanig’s Footwear in Chicago; Comfort One Shoes in the Washington, D.C., area; The Shoe Haus in Cincinnati; and Laurie’s Shoes in St. Louis, among other independents.

Karsten Chorus, owner of Bond Street Shoes in Philadelphia, said he picked up the line for its craftsmanship.

“I like the European design and high quality for a reasonable price,” he said. “They are selling very well. We have never had one return.”

At Bottino Shoes, also in Philadelphia, owner Tom Mitses said his customers have been receptive to his selection of 15 or 16 Lloyd styles.

“It’s a pretty diverse line for what I have in my store,” he said. “And now they have a better stock program, and people are becoming more aware of the brand. I am going to be expanding [my selection].”

In terms of owned retail, Lloyd also operates 20 store locations in Germany (and nine factory outlets), with another 40 doors located worldwide in cities including Paris, Moscow, Sydney and Copenhagen, Denmark. Mangiaracina said additional locations in Dubai are planned for this year.

He added that a store in the U.S. is a definite possibility, but not for at least five years. “We will open up a [U.S.] retail store in a major city, but at this point, we don’t know where it will be,” he said.

Lloyd will next show at FN Platform in Las Vegas in February.