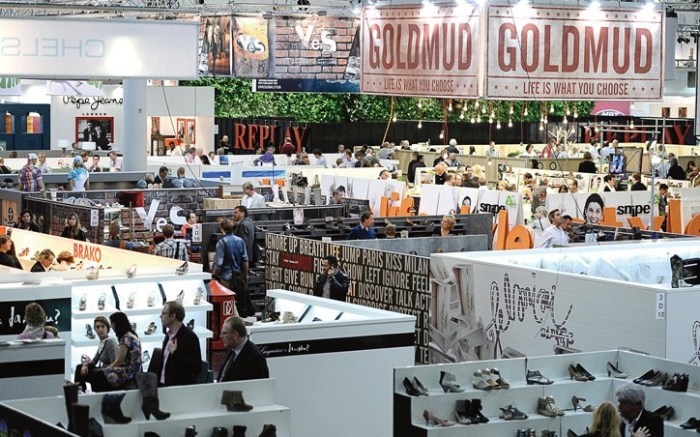 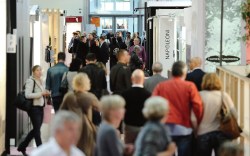 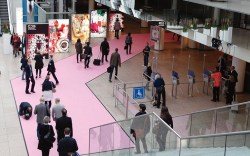 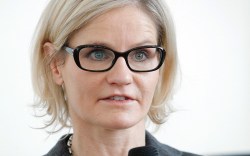 GDS is having a growth spurt.

Roughly 840 new exhibitors from 37 countries will be featured at the upcoming edition of the Düsseldorf, Germany-based trade show, scheduled for March 16-18, reflecting a nearly 10 percent jump over the previous year. Among those new to the show are Pollini, Ted Baker, Modern Vintage, Ben Sherman, Charles Jourdan and Mark & James.

In large part, show organizers attribute the growth to the strong rally seen in Germany’s retail sector in 2010. “Last year was a really great year for German retailers,” said GDS director Kirstin Deutelmoser. “Outside of France, Germany is the only growing market in Europe right now. A lot of foreign companies are looking to the country for new export opportunities.” A significant number of the show’s first-time exhibitors hail from Spain and Portugal, where stagnant economies are forcing footwear firms to look abroad for new business, Deutelmoser said.

While the increase in new vendors is evidenced across all sections of the show, the urban area, which includes the Urban Fresh, Urban Active and Urban Authentic classifications, is experiencing the biggest expansion, of more than 25 percent. “It’s a really busy and exciting part of the show,” Deutelmoser said, citing high-profile launches such as Kangaroos’ collaboration with German actor and musician Jimi Blue Ochsenknecht, who will walk the runway in one of GDS’ daily fashion shows.

As part of its ongoing effort to support up-and-coming designers, GDS is adding a small section within its Premium area, in cooperation with the British Footwear Association, that will showcase a select group of emerging English designers. Also debuting is an informational hub in the Wellness & Function section, where retailers can test product and learn about the features and benefits behind the shoes.

To enhance the show experience for participants, GDS is putting a big focus on social media. A revamped website debuted in January with both GDS information and industry news, as well as other content. “It’s important to not only have the industry here at the show twice a year but to stay connected with everyone throughout the entire year,” Deutelmoser said.

Together with the site, GDS will utilize Twitter and Facebook to promote the show. For the first time, Twitter walls will be installed in each exhibition hall that will display an aggregate feed of all show-related tweets. GDS also will introduce a mobile app, giving visitors convenient, on-the-go access to floor plans, exhibitor information and more.

Although Deutelmoser said pinpointing retailer attendance estimates in advance can be difficult — particularly because the show is switching to weekday dates for the first time — she and her team are hoping to match or surpass the 28,500 visitors at the September 2010 edition. “It’s going to be a really great show,” she said. “The mood in the market is very positive right now.”

Event Calendar
Wednesday, March 16
3:30 p.m. Urban Fashion & Kids’ Show
Based on the theme “Ice Palace,” the runway presentation will highlight the key trends for fall ’11 within the urban and children’s markets. German celebrity Jimi Blue Ochsenknecht and his model girlfriend, Joana Shirin, will appear in the show.

6 p.m.-9 p.m. Polar Radar Party
The opening-night soirée will take place in the show’s polar-inspired Design Attack hall, complete with icebergs, igloos, geysers, arctic animals, a shipwreck and more. Guests can enjoy drinks and snacks from the Polar Bar while listening to music from Supernode DJ Collective and Becker vs. Knop.