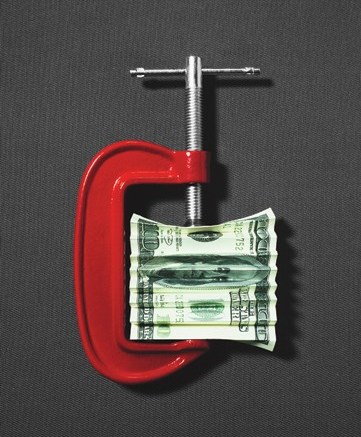 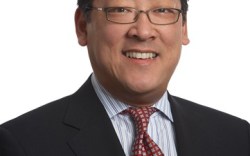 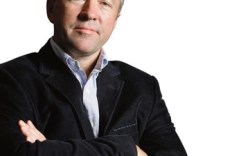 NEW YORK — The pressure is on.

While 2009 was marked by cost slashing and 2010 was focused on driving revenue, 2011 will be defined by how much firms can earn back for each dollar of goods sold, analysts said.

“2011 is going to be a margin battle,” said Jeff Van Sinderen, analyst at B. Riley & Co. “Companies have to think about how to manage the business when you have inherent sourcing cost increases and [figure out] how much to raise prices. If you’re a retailer, it’s about how to manage the concentration of assortment. If you’re a vendor, it’s about how much inventory you order on certain items. At the end of the day, it’s [about] managing the value proposition.”

Put another way, this will be the year of “trying to dance through a minefield of cost inflation,” according to BB&T analyst Scott Krasik.

And Citigroup analyst Kate McShane agreed, saying that while companies already know how much prices are going to rise in 2011, they still need to find solutions to offset some of that inflationary pressure without affecting consumer demand.

That means firms need to cut back on promotions, even if consumers appear to have gotten used to them in the last two years.

“You have no choice. Cost pressures will increase in the second half, and if you don’t raise prices and have them stick, your margins just get squeezed,” warned Van Sinderen.

Finish Line Inc., which nearly doubled its earnings per share for fiscal 2010, is sticking to a “pretty regimented liquidation cycle,” according to the firm’s president and chief merchandising officer, Sam Sato.

“Today, we have three big clearance events a year and we take in-season markdowns to address product that is really performing poorly. But outside of that, our business model is not price-driven, and we continue to challenge the merchandising team,” Sato told Footwear News.

Many other shoe firms performed well in 2010, beating analysts’ estimates in the fourth quarter and showing record gains in revenues and profits for the full fiscal year on the back of lackluster performances in 2009. But the majority also reported declining gross profit margins in the quarter.

Still, companies are showing renewed optimism heading into the rest of this year, with some forecasting full-year EPS to grow more than 20 percent, analysts said.

“2010 saw the unleashing of pent-up demand, as well as pent-up design,” said Paul Swinand, an analyst at Morningstar Inc. “People had ideas they didn’t try in 2008 and 2009, and toward the end of 2010, you saw increased launches or increased size allocations for key launches.”

He added, “People are coming out with bold new things now, and companies are in a ‘business as usual’ stance because the fourth quarter was very good. In 2011, firms are going to try to extend what they did in 2010, which means if they had 10 successful product launches last year, they will do 12 or 13 this year.”

According to analysts, firms can maintain or improve their margins not just by raising prices or cutting costs but by innovating.

“Firms can re-engineer product. For example, use three colors on a shoe instead of two. The beauty of footwear is there are so many components to the product. As long as you don’t compromise the quality of the final product, sometimes the customer may not know the difference [if you cut back],” said McShane.

Or, instead of cutting components, brands can embellish, said Krasik. “It’s going to be virtually impossible to slap a $5-higher price tag on the same pair of shoes,” he said. “Whether it’s wedges or platforms or short boots, the way you [update it for the customer] is by adding things like grommets or what-have-you.”

Michael McBreen, president of the global operations group at Wolverine World Wide Inc., said innovation is key because “we all face the same pressures, so where we have the opportunity is in creating something that excites the consumer.”

John McCarvel, president and CEO of Crocs Inc., agreed, noting that his firm is “always getting more features for less money and innovating when it comes to materials.”

Indeed, the brand has introduced a new material, called Croslite 2, into its products this year to provide better performance, better yield and better efficiency during manufacturing. “We can mold shoes 20 percent faster than we used to, without extra investment in machinery,” McCarvel explained, adding that labor makes up just 15 percent of Crocs’ product costs.

Rick Darling, president of LF USA and chairman of the American Apparel & Footwear Association, also acknowledged that 2011 will be a difficult year.

“This is the turning point of what has been years of a China-driven, price-deflation environment. I don’t think the consumer is necessarily prepared to accept a lot of the things we’re asking of them in terms of pricing increases,” he said.

But shoe companies are generally well positioned to weather the inflationary environment, said analysts, with some possessing an added ability to outperform their peers.

“Footwear gets worn down and you have to replace it. The industry, as a whole, is very successful at offering the consumer something that’s not already in their closet,” said Citigroup’s McShane.

“Companies such as VF Corp. and Wolverine may have advantages over their competitors in that they have a lot more pricing power because there is so much innovation in their footwear and it’s harder for the customer to compare [styles] season to season,” she added.

Meanwhile, Krasik said, “must-have brands, such as Steve Madden or Ugg, will survive better, as well as the bigger athletic brands. It’s when you’re just trying to validate your existence on the shelf that you worry.”

The bottom line? Whether price increases will stick at retail will depend largely on the macroeconomic picture going into the back half of this year.

“Unemployment must get better and gas prices must come down,” said Van Sinderen. “Otherwise, it’s a bit of a game of chicken between retailers and consumers.”