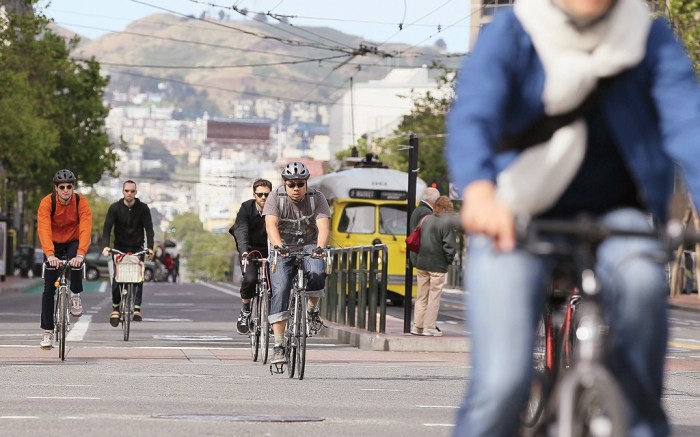 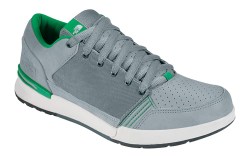 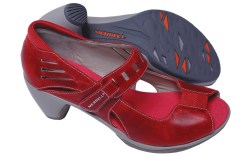 City cyclists have a few new footwear options, thanks to outdoor and athletic brands that view urban biking as a growth opportunity.

“It’s a very real category,” said Seth Cobb, GM and VP at Merrell. The company, a division of Rockford, Mich.-based Wolverine World Wide Inc., will introduce a collection of cycle-friendly shoes next spring that are meant to function in multiple categories. The line even will include women’s work-chic styles with heels.

“People want to live in the city in a compelling, comfortable way, and the bike is part of that,” said Steve McCallion, president of San Francisco-based Chrome, a popular brand among bike messengers.

And the company has been steadily responding to the consumer’s demands. Two-and-a-half years ago it launched its first footwear style — a sneaker meant for both on and off the bike — and in spring ’11 debuted performance-oriented shoes that click into flat bike pedals. Now, this summer, Chrome is expanding with another casual lifestyle offering.

Similarly, San Leandro, Calif.-based The North Face, a unit of Greensboro, N.C.-based VF Corp., is targeting athletes and sneaker fans with new skate-styled product that works for mountain biking and a night out.

Bike-friendly styles aren’t new: Portland, Ore.-based outdoor brand Keen first debuted its clip-in sandal, the Commuter, in spring ’08, and other brands, such as Timberland, have made shoes designed for cycling in past seasons. But vendors and retailers said growing interest in personal health and environmental responsibility — to say nothing of constantly rising gas prices — have made biking lifestyle footwear more relevant than ever.

In fact, in honor of National Bike Month in May, City Sports dedicated in-store and window displays to the city cyclist, featuring apparel, accessories and Chrome shoes, Smiley said.

The footwear, he added, has been well-received. “Our customer doesn’t want to show up in their cleats or bring another pair of shoes along with them,” he explained. “[Chrome] calls them ‘bike to bar’ shoes, and that sums it up perfectly.”

Lester Wasserman, co-owner of Tip Top Shoes and West in New York, said he isn’t convinced that customer interest for urban-wear cycle shoes is there — at least not now.

“I don’t know how many people are really looking just yet, but maybe it’s because not a lot [of product] is out there. But it’s not really a category for a customer until it’s been delivered at retail [in large numbers],” he said.

Going forward, the new entrants to the field will aim to grow interest among retailers and consumers.

Chrome’s new All-City shoe collection for this summer is designed to be comfortable and casual, with oiled leather shoes that are made to withstand rigorous use, even if cyclists “jam them in their [bike pedal] toe cages,” McCallion said. He said new accounts outside the traditional bike shops, including athletic specialty, outdoor shops and e-tailers, have picked up the styles, adding to a broadening interest in the segment.

“You’re seeing a blurring of categories — recreational cyclist, racer, commuter. You’re starting to see that grow,” said McCallion. “And while there is [the idea of] bike as utility and transportation, there’s also [the concept of] bike as play.”

Merrell’s new spring offering features two multisport-inspired designs for men and women. But there also are three $110-to-$120 women’s styles targeted to the customer who uses her bike as a preferred mode of transportation in the city, either for casual rides or commuting to work. A ballet flat is built to be stiff on a bike but flex for walking. And Merrell also is launching what Cobb calls “heels on wheels:” a pump and sandal with reinforced arches that can be wedged over the pedal and have grippy outsoles to help keep riders stabilized.

At The North Face, footwear director J.P. Borod said the brand’s spring ’12 $125 Shifter style for men is designed to perform on trails for its mountain-bike athletes. It features sticky rubber on the outsole that grips the pedal, a stiffer-than-average insole board in the midfoot that drives the pedal and a leather upper with a decidedly skate-oriented look.

It’s the added styling that gives the shoes versatility and that should help the brand appeal to a broader customer base of urban cyclists.

“It’s perfect for them to ride in,” Borod said, “and it can go straight to the pub.”