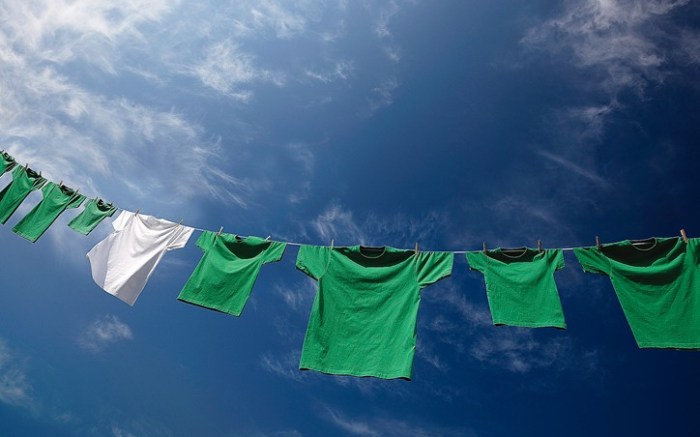 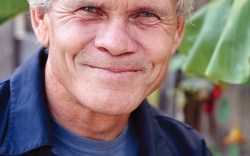 The push to green up the footwear market got a big boost earlier this month from a seemingly unlikely source: the new Sustainable Apparel Coalition.

The self-funded group of major players — including Walmart, Patagonia and Target, as well as nonprofits such as the U.S. Environmental Protection Agency, Duke University and the Environmental Defense Fund — is creating a universal, industry-facing index that apparel companies can use to assess the environmental impacts of each piece of merchandise. The first version should be ready for the founding members to pilot this summer, but the SAC isn’t stopping there. The group plans to make footwear the next piece of the puzzle.

According to Rick Ridgeway, chair of the SAC and VP of environmental programs at Patagonia, the group will start work on a footwear-specific index for a possible debut in 2012.

The SAC was inspired by the Outdoor Industry Association’s Eco Working Group, which has been meeting since 2007 to establish a set of criteria and standards of measurement to benchmark the environmental impact of a wide range of products offered in the outdoor industry. Ridgeway said Patagonia approached Walmart in late 2009 to help convene a panel of apparel industry players and interested parties to turn the Eco Working Group’s findings into a useable tool. And last year, after inviting a handpicked roster of 33 brands, manufacturers and retailers to work on the project, the group held its first meeting, with 100 percent attendance.

The SAC’s index borrows heavily from the Eco Working Group’s list of guidelines and metrics for materials, packaging, manufacturing, transportation, product use and end of life that appeared in the beta version of its index last summer. It also incorporates the comprehensive materials database that group member Nike has been developing for the past five years as part of its Considered program, creating an index that covers the full impact of a product. The addition of Nike’s materials database, SAC members said, made apparel a logical place to start.

“Taking the Nike work and placing it into the platform from the Eco Working Group creates a metric-based measurement for material assessment,” Ridgeway said.

The OIA — which is one of the SAC’s charter members — fully supports the coalition’s index. “We understand the tool they’re building is partly built on our work, and we’re encouraging them to adopt our open-source, collaborative approach,” said Amy Kleiner-Roberts, VP of government affairs at the OIA. “These large brands have a lot of influence in the supply chain because of their scale. This gives us the possibility of seeing our work adopted and of making changes on a really large scale.”

Members agreed that the sheer size of the SAC is what gives it the most potential. “Those large brands are going to overcome some challenges and make it easier to participate in a common standard for consumers,” said Christine Madigan, VP of responsible leadership for New Balance, which is a member of both the SAC and the Eco Working Group. With brands that have as much pull in the supply chain as fellow members Walmart, Target, Gap, H&M and VF Corp., she said, this common commitment to ecological practices and a set of standards will have an impact all the way down the supply chain. “Such a great collection of brands has the power to literally change the way we do business,” she said.

And that’s the point, Ridgeway said. “Our size creates a gravitational pull and could attract most of the sector to join, and that’s our strategy,” he said. “The more people who are using this tool, the more effective implementation will be in the supply chain for all those companies.”

Group members also said that by having the two groups work together they are closer to their common goal, which almost all parties agree is a consumer-facing label.

“To us, collaboration is key to bringing sustainability to a new level in the apparel and footwear industry,” said a spokeswoman for Adidas, which is a co-founder of the Leather Working Group, supporter of the Eco Working Group and founding member of the SAC.

The more people working toward the goal, the better, said Greg Scott, director of product integrity for Vancouver, British Columbia-based retailer Mountain Equipment Co-op, also a member of both the Eco Working Group and the SAC. “It’s not like you’re going to have too many people who want to do this,” Scott said. “You can’t have enough resources.”

But the consumer-facing label isn’t a reality yet. Ridgeway said the SAC’s first goal is to get the initial index distributed to its membership this summer. The group also hopes to start prepping a footwear version soon, a process that Betsy Blaisdell, manager of environmental stewardship for Stratham, N.H.-based Timberland, said should be quicker because it will be able to draw on previous work from the SAC and OIA. “The footwear space will be a little easier, and that piece will be smoother, even though it’s more complex [in terms of materials and manufacturing processes],” she said.

If the footwear index is ready according to plan for industry use in 2012, Ridgeway said the group would announce its timeline for developing the consumer-use index. It also plans to open up membership to other brands going forward, although the timing for that hasn’t been finalized.

“A consumer-facing rating will ultimately succeed if it has under it a very robust measurement of both the environmental and social labor impact of manufacturing,” Ridgeway said. “And it will only reach its full potential if everyone is using the same standard.”