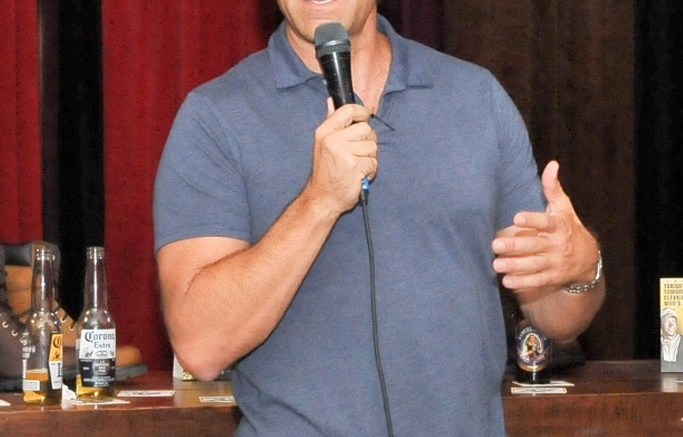 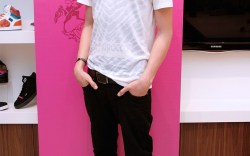 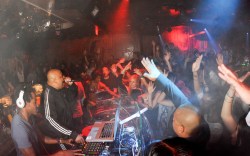 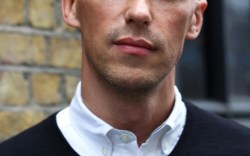 Next Fix
Mike Rowe, pitchman for trucks, blue jeans and most recently CAT footwear, could be ready to take on his next big project: fixing the economy. Though Rowe, host of Discovery Channel’s “Dirty Jobs,” admits policy and politics are above his “pay grade,” he said the nation’s economy can’t move forward until “we start thinking differently about white- and blue-collar, clean and dirty jobs. They are two sides of the same coin.” Rowe, who was on hand for a CAT footwear party at the House of Blues during FN Platform, said he’s been enjoying his time learning about shoes. “People in this industry all seem to have crawled out of the same crazy fun pot,” said Rowe, who post-party planned to head to a pig farm in North Las Vegas to shoot teasers for his TV show with a man who collects uneaten leftovers from Sin City hotels and then feeds them to the livestock.

Mind Trip
Move over Justin Bieber. Fourteen-year-old pop artist Cody Simpson’s new CD, “Coast to Coast,” is set to drop this month, and for the song “On My Mind,” Hailey Baldwin (daughter of Stephen Baldwin) appears in the music video, wearing shoes from Vanessa and Angela Simmons’ Pastry collection. When Spy caught up with Simpson during a Pastry appearance at FN Platform, he dished that he and Hailey Baldwin are great friends off-screen. They met at a Grammy Awards party in March, and now they’re a constant presence on each other’s Twitter feeds. Simpson is also a fan of footwear. “I love shoes,” noting that he has a collection of more than 100 pairs — mostly dressier styles such as boat shoes and oxfords — and often gifts extras to friends.

Show Time
Footzyrolls co-founders and sisters Sarah and Jenifer Caplan were in the spotlight at the FN Platform show … literally. Cameramen surrounded them on the show floor as the sisters recently signed on to participate in a yet-to-be-announced reality show about women launching start-up companies. The Caplan sisters were also showing off some bling in the form of a collaboration with Judith Leiber featuring a silver foldable flat with special crystal embellishment at the toe. The Judith Leiber by Footzyfolds compact flats will be included with a purchase of the designer’s bejeweled handbags at Judith Leiber stores.

Turning 10
Creative Recreation has a few things to celebrate. The Los Angeles-based brand, which turns 10 next year, has opened an office in Ireland, launched an exclusive full collection at Finish Line for fall ’11 and debuted a new concept, which is being used in 12 new shop-in-shops in China. At Project, the brand co-hosted a party with Hudson Jeans, where Rev. Run took his turn as DJ. And to further mark the milestone next year co-owners Rich Cofinco and Robert Nand say they have a few things up their sleeves, though they would only hint at what they could be. Options include new product and parties in both New York and Los Angeles. “We want to shock people,” said Cofinco. “It’s an accomplishment, so we want it to have an impact.”

Strategy Session
Ben Sherman’s new SVP of merchandising and commercial director, Adrian Ward-Rees, started his third week in the position on the show floor of Project. And Ward-Rees, who previously worked at Nike and Adidas and was most recently the director of menswear at Burberry, has his work cut out for him. The new exec’s goal is to retool the brand and strategize further development. “We want to be ITAL-the British menswear brand globally,” he said. “We are looking at identifying the brand portfolio and really elevating the brand.” Footwear, he said, will be a big opportunity going forward. And after he figures all that out, what does he have planned? “I’m going to Disneyland!” he said. But seriously, in October, he plans to bring his two kids, ages 4 and 7, to the California theme park.

Striking Gold
Few things may incite a spike in interest like a Kate Middleton spotting. Le Chameau got double time when its “Chasseur” leather-lined rubber boots were spotted on both the duchess and her sister Pippa’s boyfriend, Alex Loudon, during a walk on the beach at Llanddwyn Island in the U.K. Princes Charles and William are also reportedly fans of the $440 French-made boots. Le Chameau cites its increase in web traffic at as much as 40 percent since the royal spotting, in addition to a boost in wholesale sales of the style. Thank you, Kate!