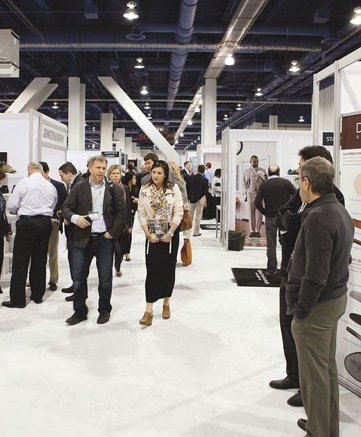 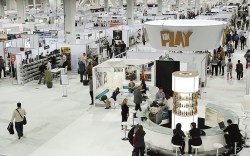 LAS VEGAS — Call it footwear’s battle of the bulge.

Retailers across categories said rising costs per pair were tempering how much inventory they planned to buy for the fall season.

“We haven’t seen this kind of price inflation in 20 to 30 years,” said Rick Ausick, president of Famous Footwear, the 1,100-door chain owned by Brown Shoe Co. “When push comes to shove, [consumers] pay attention to how much cash is on the line.”

He said price increases for the industry could swell anywhere from 5 percent to 15 percent.

“We might actually buy fewer boots at a higher equation,” said Ausick. “We can’t just do the same thing [as we did in fall ’10] if the prices are higher.”

Despite rising prices, many industry players said they believed the economy had made major improvements over the same period last year, and that good news would likely send more people back into stores.

“We’re seeing consumer confidence growing,” said Isack Fadlon, co-owner of Los Angeles-based Sportie LA. “Along with that, we’ve also been seeing growth in the multiple-pairs business. People are back buying more than one pair, and they’re doing it at higher price points.”

On the trend front, boots are expected to rule again after a strong fall ’10 season.

Cliff Sifford, EVP and GMM of the 315-unit Shoe Carnival, based in Evansville, Ind., predicted a solid performance again next season.

Sifford added that the boot business would increase dollar-wise for the season, but cautioned that the growth would be driven by higher prices rather than the number of pairs sold.

“Overall, I’m optimistic due to boots and a few of the current trends in athletic, such as lightweight running and basketball,” he said.

Famous Footwear’s Ausick said “boots were huge for fall ’10. The challenge is not whether the category is viable but how the price change will work to our and our customers’ advantages. Do they like it at $149 as much as they did at $99?”

Steve Silver, the owner of the Next chain, based in Cleveland, said his business has been strong and that as a result he would double boot orders for fall.

“If it looks good and the price is right, consumers are going to buy it,” he said, adding that he wasn’t playing in the upscale space, so higher prices are less of a concern.

“We have a young juniors’ customer who doesn’t have a lot of money in her purse. She’s less concerned with quality leathers and comfort. She’s buying more for outfits and events. She just wants to look good and be sexy.”

Other independents were equally bullish on the boot category.

“Boots are huge,” said Tracy Bennett, owner of Midland Shoe in Basalt, Colo. “But they need to be functional and cute.”

She noted that brands such as Sorel and Pajar will be big hits with her customers, and that $225 appeared to be the best price point for boots.

Similarly, Sue Orischak, owner of a Foot Solutions franchise store in Scottsdale, Ariz., said she was on the hunt for more boots, but for a slightly older demographic.

“I am looking for fashion with function,” she said. “Boots with platforms and shoes that provide cushioning and removable inserts. Our customer is the 40- to 60-year-old woman.”

But just how much will customers be willing to splurge?

For Djenana Ignelzi, a buyer at Spank, based in Canada, that answer has more to do with finding designer looks at discounted prices.

“I want something that looks like $300, but costs $150,” she said. Ignelzi added that she was buying less inventory for the season while keeping an eye on fast-fashion styles. Among the brands Spank will be stocking are Jeffrey Campbell, Miz Mooz and Nine West Vintage America.

At men’s e-commerce site eModa.com, founder Marina Koogan said the sweet spot for her customer was $120.

Koogan lately has become very price conscious. In the past, she had bought novelty items, but that is no longer the case.

“We’re looking for quality for a buck,” she said. “I want something that is different, but won’t kill your wallet.”

While several retailers told Footwear News they would buy less, others planned to up their spending.

Ron White, owner of his eponymous chain in Canada, said he would buy more for two reasons: First, his seventh store opens in April, which requires an added layer of buys. Second, he hasn’t experienced much price resistance from shoppers.

“There’s none for the right item. If you have it, she’ll pay top dollar for it,” he said. “But that also comes with challenges because you have to make sure you pick the right item for her. The customer — now more than ever — comes in knowing what she wants, if she comes in wanting the burgundy crocodile pump, you’d better have it.”

And Nos in Brooklyn, N.Y., is also looking to buy more product. The store opened an additional men’s space six months ago that carries brands such as H by Hudson, Alden, Red Wing and Ted Baker, among others, but is considering adding Billy Reid and Birkenstock.

“With guys, they will buy if they love something,” said men’s buyer Jeremy Ricketts, “but if they have any hesitation, price will be the deciding factor.” — With contributions from Jocelyn Anderson, Lauren DiLello and Neil Weilheimer