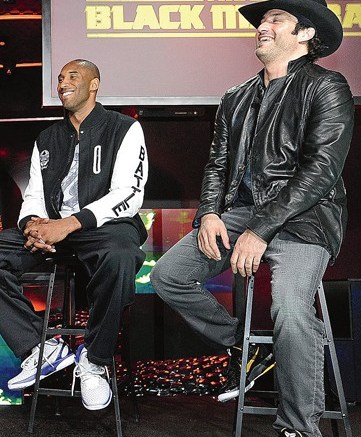 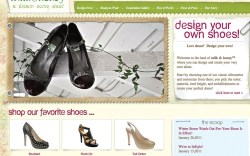 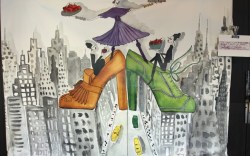 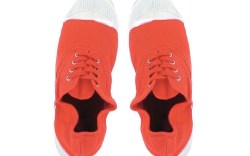 L.A. Laker Kobe Bryant is already a reigning NBA champ, but now he’s trying his hand at something new: acting. The basketball legend plays an alter ego in the upcoming Nike-produced short film “The Black Mamba,” which also stars Bruce Willis, Kanye West and Danny Trejo. The short flick, promoting Bryant’s latest shoes, debuts online on Nikebasketball.com during the NBA All-Star game festivities, starting Feb. 19. “It was great for me because I was really fascinated by how creative people do what they do,” the baller said of working with his co-stars and the film’s director, Robert Rodriguez (at left with Bryant). But Bryant will soon have something else in common with the acting crowd. This weekend, he’ll be the first pro athlete to have his hands and feet enshrined in front of Hollywood’s Graumann’s Chinese Theatre. – Gerald Flores

Ilissa and Dorian Howard are tapping into the do-it-yourself craze with Milkandhoneyshoes. com, a new website that allows women to act as their own shoe designer. To create their custom looks, shoppers can use an online “shoebuilder” that offers different toe options, backs, heels and straps in an array of colors and materials. In all, more than 1 million different combinations are possible, according to the duo, who also launched vegan and bridal styles that can be customized, as well as a full ready-to-wear line. The site has already attracted the Hollywood crowd, with Ginnifer Goodwin, Emily Deschanel and Selena Gomez among the actresses who have sported the company’s shoes. Prices range from $200 to $350. – Katie Abel

Moxsie.com is helping to heal hearts this Valentine’s Day. The online retailer teamed up with Bensimon sneakers to raise money for the American Heart Association during the month of February, which is American Heart Month. Ten percent of each sale of red Bensimon tennis laceups on Moxsie will be donated to the nonprofit organization to help fund cardiovascular disease research. Retailing for $48, the shoes will be available only in February. – G.F.

Fratelli Rossetti is creating a fantasy for fall. The Italian brand commissioned artist Rebecca Moses to design an illustrated fashion fairy tale to celebrate its fall ’11 collection. The story begins with “There was a young woman who lived in a shoe …” In this case, she is an international fashion globe-trotter and has homes (in various shoe styles) in New York, London, Paris, Milan and Hong Kong, where Fratelli Rossetti has flagship stores. “It’s every girl’s dream life,” Moses said. “Who wouldn’t want to live in these beautiful shoes?” The original artwork will be auctioned for charity this fall. – Regina Smith Popp