FN Picks: DC Gets Social… McQueen at the Met 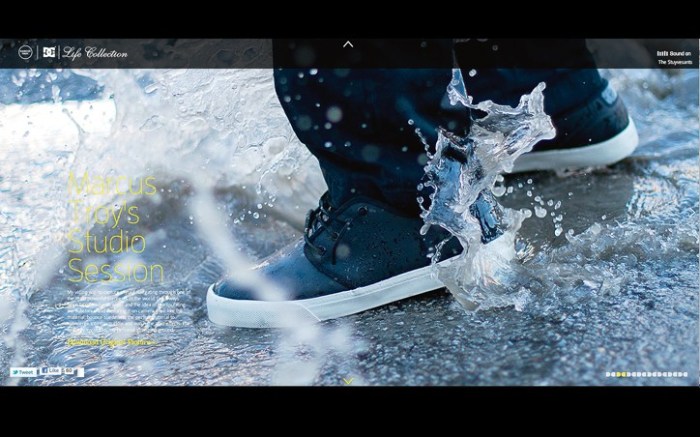 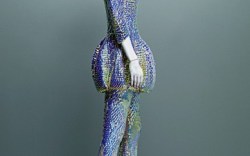 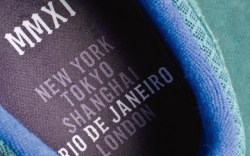 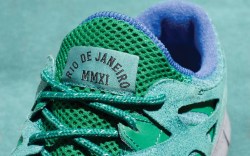 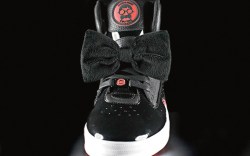 STUDIO TIME: DC is trying something different to get the word out about its fall lifestyle collection. The Los Angeles-based brand teamed up with blogger Marcus Troy on a microsite called My Studio Session, which promotes a new sneaker style for fall: the Studio. “My whole vibe was to create something that told the story of the shoe and kept people coming back,” Troy said. The site features seven bloggers/photographers who each created a visual essay for one of the colorways of the Studio shoe, with a new section of the site unveiled each seven days until May 19. My Studio Session can be found on mystudiosession. marcustroy.com. — Gerald Flores

SAVAGE BEAUTY: The legacy of designer Alexander McQueen will continue to live on inside the Metropolitan Museum this summer. The late designer’s work will be displayed in an exhibition titled “Alexander McQueen: Savage Beauty,” opening this week. Encompassing 100 ensembles and 70 accessories dating from the beginning of his 19-year career, the show is organized in six separate collections around different themes from McQueen’s designs. Accompanying the showcase is a book about his career, written by curator Andrew Bolton, which will be sold for $45. The exhibition kicks off during the 2011 Spring Costume Institute Retrospective and will be on view until July 31. — Lauren LaDeau

FREE FOR ALL: Nike’s Free +2 barefoot running shoe is going globe trotting this summer. The brand is releasing five new colorways of the sneaker on May 13 to represent runners in different cities across the world. Among the locations getting a shout-out are New York (represented by anthracite), Shanghai (in burgundy), London (in khaki), Rio De Janeiro (in pine green, at right) and Tokyo (in black). And instead of the normal white midsole, the shoes will feature speckled-gray midsoles to mimic urban concrete. Each style in the package will retail for $90 at stores including Niketown, Steven Alan in New York and Barneys. — G.F.

BOW TIE FLY: Chivalrous Culture is bringing a little high- class style to sneakers. The start-up streetwear brand, founded by Diggy Simmons (son of Run DMC’s Rev Run), launches a new colorway of its signature Hamachi style this week, the Hamachi tuxedo. To celebrate the release, the first 35 pairs bought online will come with a plush bow tie. Everyone who purchases the shoes also has a chance to win an all-expenses-paid high school prom package from the brand. Retailing for $80, the shoes will be sold at boutiques including Sportie LA, Blue & Cream in New York and Chivalrousculture.com. — G.F.