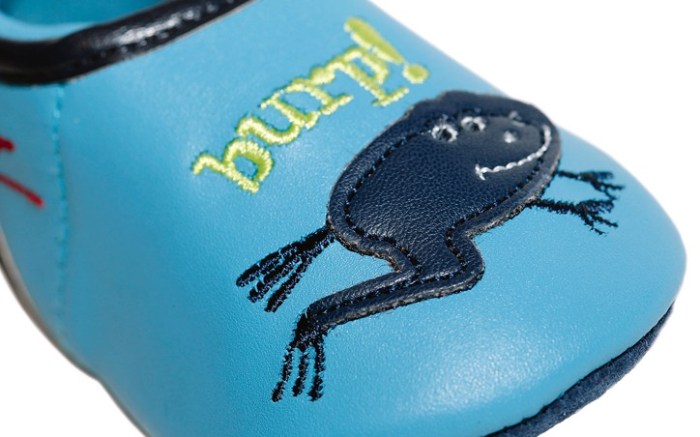 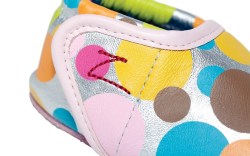 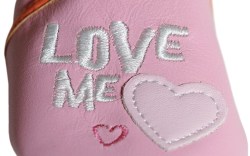 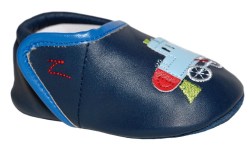 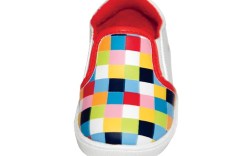 Zutano is going head to toe.

The popular children’s apparel brand, which produces brightly colored cotton pieces made for mixing and matching, has partnered with New York-based United Legwear to launch footwear this fall. Targeted to infants and toddlers, the offering includes soft-sole styles for pre-walkers, as well as tights, socks and knit baby booties. Rubber-sole shoes for early walkers will debut later.

Michael Belenky, who founded Zutano with his wife, Uli, said the move into footwear was natural for the brand, which has been steadily building a lifestyle offering that also includes plush toys and nursery bedding and décor. “It’s important for us to create a whole range of products,” he said. “It strengthens the brand and gives consumers even more mix-and-match possibilities.”

The fall assortment of soft-sole shoes, which feature leather uppers and bottoms and Velcro closures, is decorated with colorful prints and appliqués in motifs such as polka dots, frogs, kittens and trains. Many of the colors and themes tie back to the clothing collection. According to Belenky, the idea is to offer new items each season, as well as a stable of core styles that will carry over from season to season. “We’ll always have new surprises,” he said, “but also those favorites that customers can keep coming back to.”

Priced from $28 to $38, the Zutano footwear line will be sold in a range of retailers, from department stores and specialty apparel shops to gift boutiques and shoe stores. “We’ve always been focused on the gift and apparel markets, so there’s a whole world of stores out there that is not part of our sales focus,” Belenky said. “That’s why we’re excited to be working with United Legwear to bring Zutano into stores that are focused specifically on footwear.”

The Designer
Uli Belenky, the creative force behind Zutano, collaborated with the United Legwear team on the footwear designs. Belenky got the idea for Zutano in 1989, following the birth of her first daughter.

The Inspiration
Zutano shoes are directly inspired by the brand’s clothing, incorporating the same bright colors and playful prints. “We’ve captured the whimsy of our most colorful and fun patterns,” said Uli Belenky.

The Buzz
“Footwear is a smart and natural extension of their brand,” said Ali Wing, founder and CEO of Giggle, a children’s specialty chain with 14 stores nationwide. “We love the use of colors and cute patterns. It’s the perfect Zutano take on shoes.”