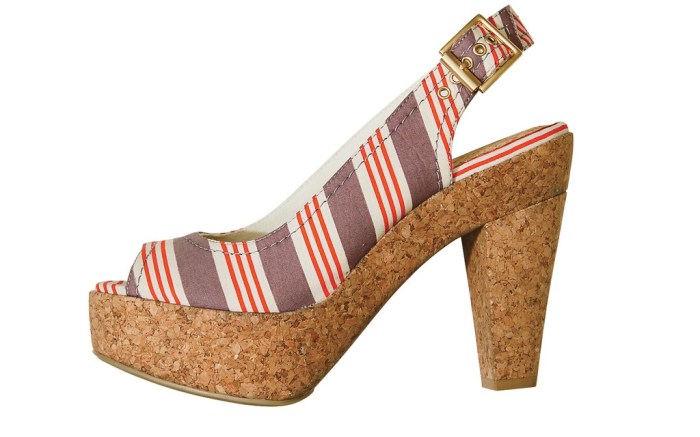 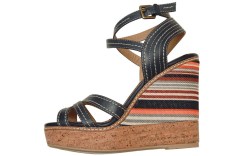 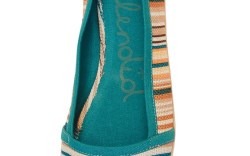 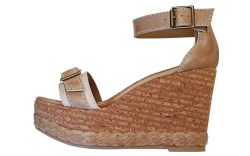 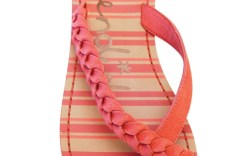 Splendid will soon outfit consumers from head to toe.

Founded as a T-shirt line nine years ago, the Los Angeles-based brand, a division of VF Corp., puts the focus on casual, laid-back styling. After expanding with women’s, men’s, teen and children’s apparel, the company is adding footwear geared toward a youthful consumer.

“We had the right momentum, and shoes were the next step,” said Pamella Protzel-Scott, Splendid’s creative director. “We wanted to create a product that reflects the Splendid essence of being casual and comfortable. It was important to keep those elements aligned in the [design] for shoes.”

To achieve that goal, Splendid inked a licensing deal with New York Transit Inc. to produce about 40 styles for spring ’12. The collection includes a variety of flats, sandals, wedges and mid-heels, featuring bright stripes and color-blocking. The line, produced in China, will retail for $79 to $129.

“The relationship with Splendid has been a real collaboration between our design teams, and we’re making sure the footwear has the same DNA as the apparel,” said Rich Kelsey, president of New York Transit.

Added Protzel-Scott, “You’re not going to get a stiletto or an over-the-knee boot [from us]. Splendid is everyday, casual sophistication. The line is whimsical and doesn’t take itself so seriously.”

For fall ’12, the collection will incorporate more leather and suede in the shoes. The brand also aims to launch additional lifestyle products, such as bedding. “It’s really exciting to step into another product,” said Protzel-Scott. “We always wanted to have [additional] categories.”

The Designer
Before launching Splendid apparel in 2002, Pamella Protzel-Scott studied design at the Fashion Institute of Design & Merchandising in Los Angeles.

The Inspiration
Protzel-Scott wanted to incorporate the same elements featured in Splendid clothing, including bright stripes and bold colors. “[The shoes] should stand for the playfulness [of the brand] and be something you can wear every day,” she said.

The Pitch
Splendid footwear will show at FN Platform this week and is targeting its current apparel accounts, including Nordstrom, Bloomingdale’s and Zappos.com. The line also will retail at Splendid boutiques in Los Angeles and Scottsdale, Ariz.