First Look at Shades of Grey 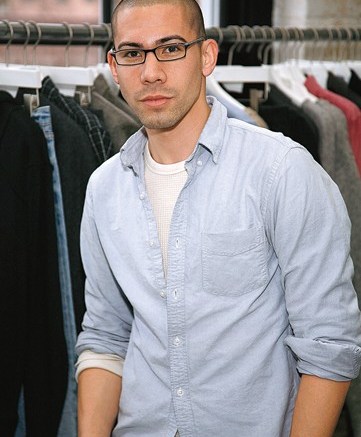 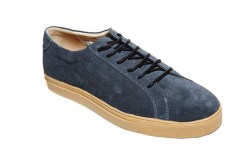 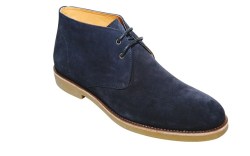 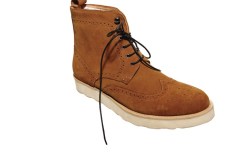 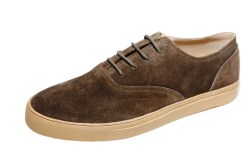 Already a hit in the apparel market, Shades of Grey by Micah Cohen aims to get bigger this fall.

Founder and designer Cohen’s contemporary clothing line for men is currently carried by such mainstream retailers as Urban Outfitters and Zappos.com. And when considering how to expand the brand, shoes topped his list.

“I’ve dabbled in bags, and even though it was OK, I didn’t feel too strongly about it,” he said. “Shoes are something I feel strongly about. I can do well and offer something that’s worthwhile in the marketplace.”

The collection of about 10 styles includes sneakers for $99, casual dress shoes for $150 and boots for $160 to $180. The made-in-China footwear complements key apparel looks.

“My clothing line has gotten to be a substantial offering, where I have more basic stuff, dressier [options] and a lot of suiting,” he said. “The footwear offering is geared toward the fashion elements in the line. But if it does well, I can expand.”

Shades of Grey shoes will target a broad distribution range, including department stores and mainstream shops that already carry the clothing, as well as footwear boutiques.

The Designer
A graduate of Los Angeles’ Fashion Institute of Design & Merchandising, Micah Cohen first launched menswear line Shades of Greige in 2006. He debuted Shades of Grey in 2009.

The Inspiration
Cohen stayed away from low-profile silhouettes, instead preferring chunkier styles inspired by Dr. Martens.

“It’s what’s going to be more relevant in the market,” he said.

On Exhibit
The footwear collection will show at Compass in New York, Feb. 2-3, and at Capsule in Las Vegas, Feb. 15-16.