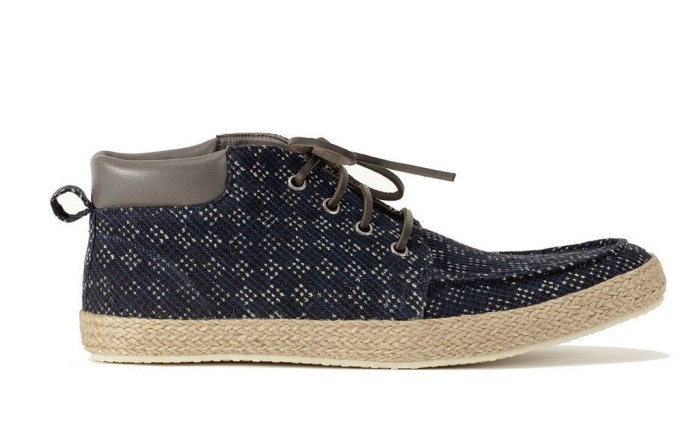 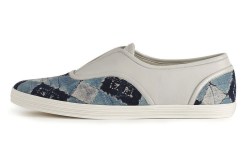 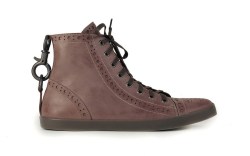 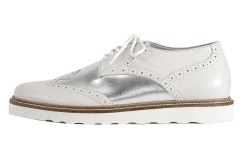 Professional pianist Ferdy Tumakaka is using his time away from the keyboard to launch Prajaa, a line of men’s shoes. The musician, whose New York-based duo, Ferdiko, is currently on hiatus, has now decided to pursue a longtime dream.

“When you go out in New York around 5 p.m., you see a lot of people coming out [of work] with their tennis shoes on, and they are holding their dress shoes,” said Tumakaka. “It was always in the back of my mind, ‘How can we create a shoe that looks formal enough [for work] but is comfortable enough to wear as your day-to-day shoes?’”

The answer was Prajaa, made in collaboration with Indonesian shoemaker Sebastianus Reza. They soft-launched five styles for a select group of consumers for fall, and spring marks the official debut of the now 12-style line to retailers.

The collection is composed of three subsets: Debut continues the direction of the fall product; Nomad features the brand’s most ethnic designs, including Indonesian batiks; and Sleep/Insomnia consists of the most experimental of the styles.

“Sleep/Insomnia is my favorite,” said Tumakaka. “That is when my creative mind can go wild and play with all the elements. Then the shape is kind of bulky, so it’s very solid and masculine. It’s not defined by traditional shapes.”

For example, the Madman boot incorporates a hook accessory primarily used on handbags, but now is placed on the back of the shoe. And an espadrille style combines a woven bottom with rubber lug soles. Price points go up to $150 for shoes and up to $175 for boots.

In the future, Tumakaka hopes to expand the independently financed line to include women’s shoes. But when he starts performing again, will he have time for both? “It’s all about time management,” he said. “I should be able to handle it all.”

The Designer
Ferdy Tumakaka studied piano at the Manhattan School of Music, but has no formal footwear training. “I’m an avid footwear consumer,” he said.

The Inspiration
Prajaa in Sanskrit means “generation.” Tumakaka’s designs were inspired by his homeland, Indonesia. “I thought the name should [signify] coming back to our roots,” he said.

The Pitch
The brand will debut at Compass in New York this week, from Aug. 2-3. Tumakaka hopes to attract boutique retailers initially.