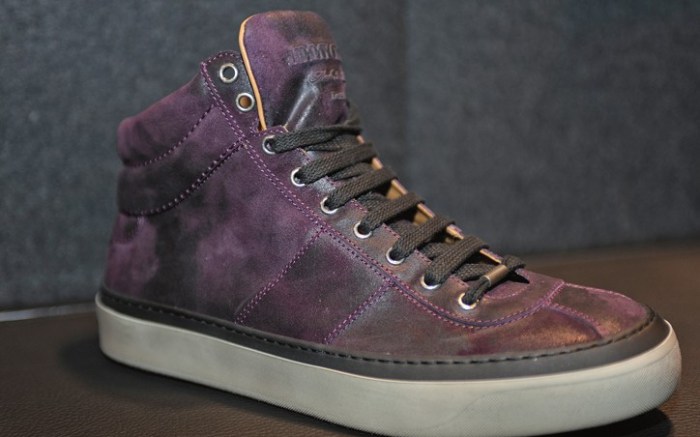 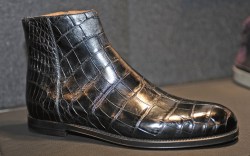 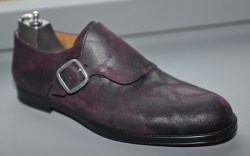 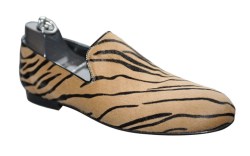 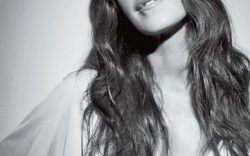 Jimmy Choo has found its masculine side.

The London-based brand will launch a 16-style men’s line for fall ’11 that ranges from dress to casual. The made-in-Italy looks include everything from monk straps and laceups to biker boots, sneakers and evening slippers. The ongoing women’s Hunter collaboration has also extended to men with a black rainboot in a crocodile motif. The shoes will retail for $595 to $1,095.

“A lot of people didn’t know what to expect from Jimmy Choo from a men’s perspective, but what we were able to do was combine the codes of the brand in a masculine way,” said Joshua Schulman, CEO of Jimmy Choo.

The company made men’s shoes previously but discontinued that line in 2002.

“Back then, we were a smaller business, and I didn’t really have the team to develop it and sell it,” said Tamara Mellon, founder and chief creative officer. “We were just a little ahead of ourselves, even though the quality was still great.”

Now Jimmy Choo is diving back in, focusing on making the men’s side a standalone business. The team hasn’t ruled out permanent retail locations or pop-up shops to support the new line, but first is working to build up the wholesale distribution.

And while the company is still finalizing its account list for the men’s offering, Schulman said the line would be available in both department and specialty stores, and online at Jimmychoo.com, as well as Net-a-porter.com’s soon-to-be-launched brother site, Mrporter.com, starting in June.

The Designer
Mellon had a clear vision for the men’s collection. She drew inspiration from the art world and investment banking to get a concept of the customer. “But it’s not about income or what you do,” she said. “It’s more about attitude. We don’t view men as a narrow category.”

The Inspiration
Though the new line is completely high-end, it was Jimmy Choo’s collaboration with H&M in 2009 that showed brand execs that men had an appetite for their shoes.

The Buzz
Jeffrey Kalinsky, founder of Jeffrey New York, said he has already made a well-rounded buy from the men’s line. “We have a fashion-forward clientele that’s always looking for new, and the idea of wearing the Jimmy Choo label is going to be very positive,” he said. “That, combined with how much we loved [the shoes], makes it a win-win.”