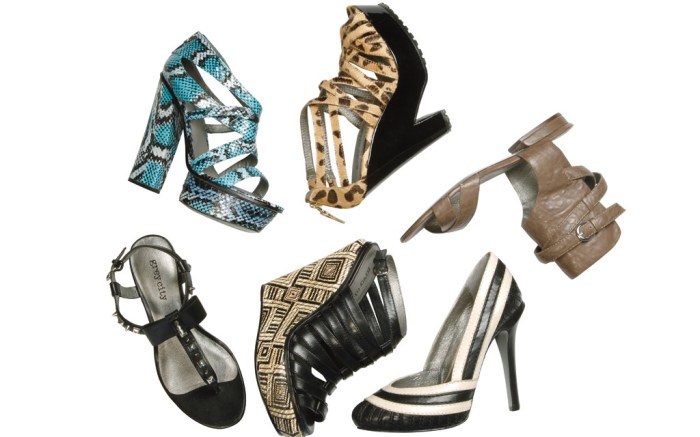 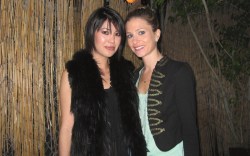 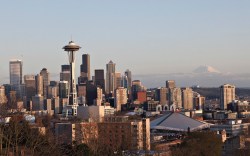 Childhood friends Vikki Andrews and Kyle Grant are launching their women’s footwear brand, Grey City, for spring ’12, and they said the timing couldn’t be better for them.

“It’s the perfect situation,” said Grant, a principal partner who previously worked at a startup apparel firm. “We are both single, and we’re able to focus 100 percent on [the footwear industry].”

The collection — consisting of wedges, sandals, platforms and pumps in calf hair, kidskin, snakeskin, raffia and cork — is designed by Andrews and a third team member, Marsula Marchesani. The line is produced in China and is set to retail from $170 to $210.

The brand’s name is a reference to its home base of Seattle, and the looks play off big-city living, said Andrews. “It’s the idea of constant change and eclecticism,” Andrews said. “We wanted to do a melting pot of styles.”

Aesthetically, that has meant combining diverse textures, materials and colors on both trendy and classic shapes. The common thread throughout the collection is a focus on being both edgy and girly. For example, a black calfskin sandal features both silver studs and a bow.

“We see our customer as authentic and innovative, and someone who can grow with us,” Andrews said. “With our price point, [Grey City footwear is] attainable for a lot of people.”

With little experience in footwear, Andrews and Grant said the learning curve has been steep: They had a difficult time getting their ideas, which were conceptualized in 2008, off the ground until they brought in consulting firm Modern Pulse. “Modern Pulse helped us find factories,” Andrews said. “They’ll also help make sure all our deliveries are accurate, that the orders will be on time and the shoes will be quality, comfortable and on trend.”

Added Grant, “A lot of people think a smaller startup can’t do it in this economy, but we are doing it.”

The Designers
Vikki Andrews (above, left) attended the Fashion Institute of Design & Merchandising and has worked in public relations. Marsula Marchesani (above, right) has been in the fashion industry for more than 10 years, including as creative director of Revolve Clothing.

The Inspiration
Urban life is the driving force behind Grey City. “To us, Grey City conjures images of infinite possibility — evolving borders built around centers of innovation and inspiration,” Grant said. “We take influences [from] the traditional and unconventional, constantly pushing the boundaries and blurring the lines of fashion for those who refuse to conform to the ordinary.”

The Pitch
Grey City is targeting fashion-forward boutiques such as American Rag and LF, as well as select larger retailers like Nordstrom. The line is scheduled to deliver in March/April.