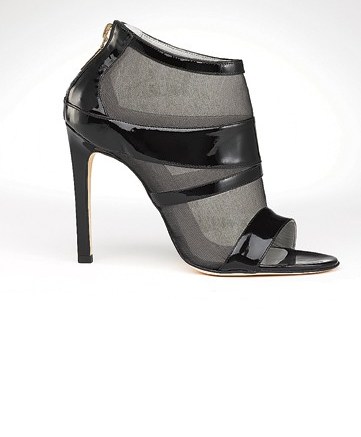 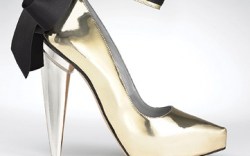 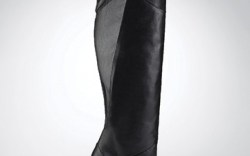 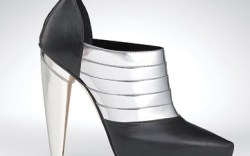 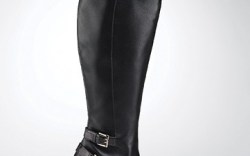 Gio Metodiev does not design shoes for the faint of heart.

The Bulgarian-born designer, 30, will launch footwear for fall ’11 that he describes as “enticing, provocative and powerful.” The label, called Gio Diev (an abbreviated version of the designer’s name), is made in Italy and features contrasting textures and asymmetrical lines meant to evoke a sense of mystery and even danger.

“I was thinking about strong women throughout history, but the common link was their powerful convictions and unconventional lifestyles,” said Metodiev, adding that the collection is aimed at “all the women out there who are not afraid to pursue their desires.”

Pushing the envelope even more, Metodiev designed a sword-inspired heel and armor-like leather layering for an edgy effect. And one knee-high boot with silver mirrored leather — which the factory has dubbed the “Lady Gaga boot” — comes complete with knee-protecting armor plates. The Gio Diev collection is priced from $700 for pumps to $2,000 for boots.

Metodiev, who has lived in New York since the age of 19, has worked for a number of esteemed fashion houses, including Chanel and Dolce & Gabbana. And though he is not formally trained in shoemaking, Metodiev said challenges in the production process served as an on-the-job tutorial. After spending long weeks at the factory in Northern Italy and visiting the tanneries and leather fairs, the designer was confident he could make his vision a reality.

“I made my first last. I developed my first heel,” he said. “It’s been such an amazing and humbling experience. I’m so thrilled to see where it takes me next.”

The Designer
Gio Metodiev (at right) has worked for luxury brands including Chanel, Fendi and Dolce & Gabbana. “Looking back, every step down the road has paved the way for where I am today as a creative person and entrepreneur,” he said.

The Inspiration
Metodiev said he took inspiration from strong women throughout history, including female warrior Joan of Arc and accused spy Mata Hari.

The Buzz
Gio Diev will officially debut at the fall ’11 Vendome Luxury Trade Show, March 4-7 in Paris. The line is targeted globally to major retailers and boutiques.