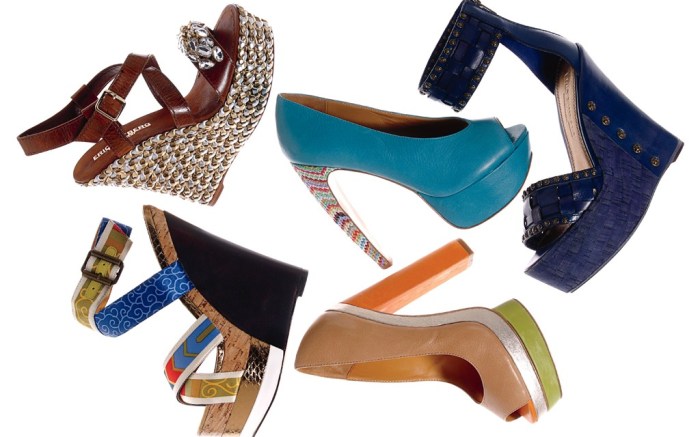 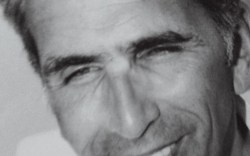 Brand names are not always what they seem.

Eric Rutberg has dubbed his new footwear brand Eric Rutberg Transparent, but the designer’s selection of tall platforms, stilettos and wedges are all about vibrant hues mixed with rich textures.

“I’m a color guy,” said Rutberg, whose debut, 19-style spring collection is poised to hit retailers, including Neiman Marcus, Zappos.com and 16 boutiques across the country (from Fred Segal in Los Angeles to Shoe Box in New York), in February. “You’ll rarely see a black, plain shoe in my line.”

While the collection, produced in China with materials sourced from Italy, includes the occasional flat, Rutberg said he likes to focus on soaring statement heels.

“[My customer] is fierce. She is fearless, and she isn’t afraid of height,” the designer added.

The inspiration behind the San Francisco-based line is the brand’s home base. “California women are always showing off their legs, and there is a sensibility happening in California that I really respond to,” said Rutberg, who also looked to classic Americana images and other sources for influence.

For Rutberg, unveiling this new line was a coming-out of sorts. Before starting Transparent, he had worked behind the scenes in the footwear business for 25 years, serving as a lead footwear designer for Titan Industries Inc., on brands such as Bebe, L.A.M.B. and Badgley Mischka before moving on to build his own private-label business, which is still going strong.

Said Rutberg: “Launching my own collection was an effort to redefine who I was and just be transparent in everything I did.”

The Designer
Eric Rutberg started in the industry working summers in his grandfather’s Connecticut shoe store, Prague’s. After college, he went on to serve as lead designer for Titan Industries Inc., where he helped create shoes for labels such as Betsey Johnson and JLo by Jennifer Lopez. The 25-year footwear veteran launched his private-label business in 2008.

The Inspiration
The aesthetics of California, Americana, mid-century furniture design and “The Unbearable Lightness of Being” are all interpreted in the bright colors and stark shapes of the new line, said Rutberg.

The Buzz
Transparent has landed in a diverse mix of accounts, including Neiman Marcus, Zappos.com and boutiques such as Miami’s Koko & Palenki and Enzyme Shoe Lab in Brooklyn, N.Y. “We liked the fresh new look and bold colors,” said Jill Ziarno, a buyer at Enzyme Shoe Lab, which ordered three styles for spring. “It’s a nice selection.”