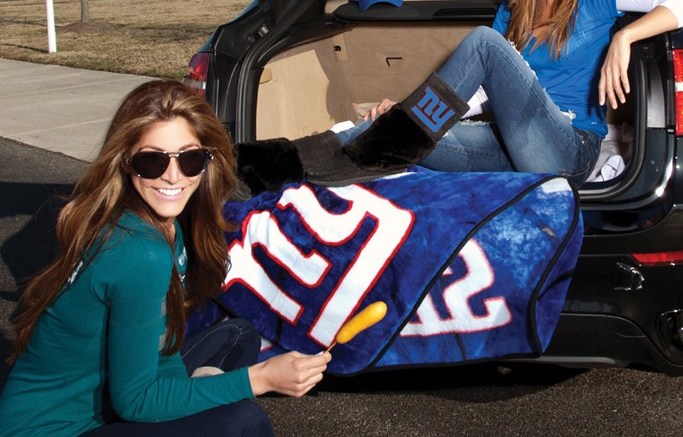 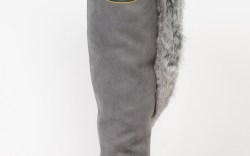 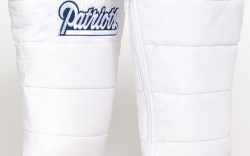 The NFL isn’t just for the guys anymore.

“It’s an all-day affair when you go to a football game,” said co-founder Kristina Cuce, “so we wanted to make shoes women feel comfortable wearing the entire day, and that show their love and support for their favorite team.”

The brand, which was founded last year by Kristina and her twin sister, Kathleen, focuses on creating fall styles that are functional and fashionable.

Four women’s boots, with price points ranging from $95 for a rubber neoprene rainboot to $145 for a knee-high boot with synthetic fur and suede, debut this week. Each of the shoes also features the logo for one of the NFL’s 32 teams, which is embroidered or silk-screened.

“The boots are designed to be more of a necessity on game day than a luxury item,” Kathleen Cuce said. “All women need rainboots or snow boots during the fall, so it’s nice to tie that in with the sports teams.”

The duo also designs animal-free products, and all the shoes are made with faux furs and synthetic suede. “We’re very big animal advocates,” Kristina said. “We wanted to make sure the line was animal friendly so women also felt good about what they’re wearing.”

The Designers
The Cuce sisters first hit the footwear scene last December, designing licensed women’s footwear featuring NCAA football teams. They also closed a deal with the National Hockey League this year and will be launching NHL-licensed footwear in January 2012.

The Inspiration
Avid sports fans, the concept for the collection grew from the sisters’ personal search to find shoes to match their team gear. “We always struggled with what shoes to wear with our game-day outfit,” Kristina Cuce said.

The Pitch
Cuce Shoes’ NFL line will be unveiled on HSN during the network’s Labor Day football special, when the sisters will appear on air to talk about the products. The shoes also will be sold at select stadium shops across the country, NFLshop.com, Footballfanatics.com and Lovecuceshoes.com.