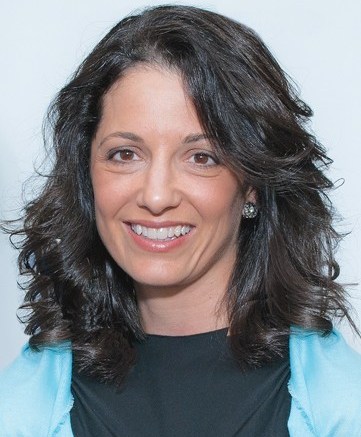 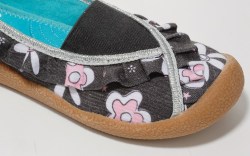 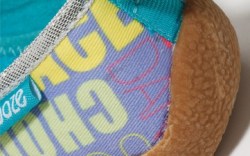 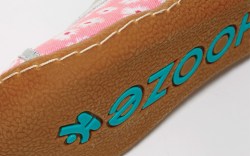 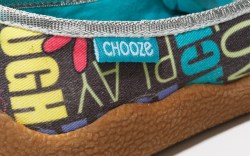 Chooze is daring kids to be different.

The new footwear brand, debuting for fall, is founded on a mix-and-match concept, where the right and left shoes are different but complementary. “The uppers are matched but never the same,” said Sharon Blumberg, Chooze’s founder and designer. “I wanted to create a collection that would inspire creativity and individuality in kids.”

Available in toddler and youth sizes, the brand will launch with more than 25 styles, including ballerinas, loafers and Mary Jane looks with asymmetric straps, priced from $44 to $48. The shoes’ canvas uppers are decorated with original prints created by Blumberg, with motifs such as flowers and geometrics for girls, and mountain bikes and guitars for boys. Colleyville, Texas-based C.C.O. Inc., licensee for the Me Too kids’ line, has been tapped to oversee sales and production.

Inspired by the growing social entrepreneurship movement, Chooze has also committed to investing 100 percent of its profits in microfinance loans that provide capital to help women in undeveloped countries start and run their own businesses. “We want to break the cycle of poverty and create sustainable change in communities worldwide, while also inspiring kids to make a difference,” said Blumberg, noting that the company is partnering with Chiapas International and Kiva, nonprofit organizations that facilitate micro-loans.

Down the line, Blumberg said she hopes to eventually expand the offering to include boots, sandals and more. Baby shoes could also be in the plans. But one thing that won’t change? “The shoes will always be different,” Blumberg said. “Chooze is all about giving kids unique wardrobe choices and encouraging them to stand out.”

The Designer
A longtime artist and interior designer, Blumberg is making her first foray into footwear with Chooze. Until 2002, she had her own line of handpainted children’s furniture that was sold in boutiques and specialty shops.

The Inspiration
Chooze’s mix-and-match concept comes courtesy of Blumberg’s now-4-year-old daughter, who as a toddler liked to wear two different shoes. “I thought it was such an interesting and healthy form of self-expression,” Blumberg said.

The Pitch
Chooze will officially launch this month at FN Platform. “The mismatched trend is something that hasn’t really been tapped into,” said Mark Pico, VP of sales and product development for C.C.O., noting that distribution will target major chains and better independents.