First Look at B Brian Atwood 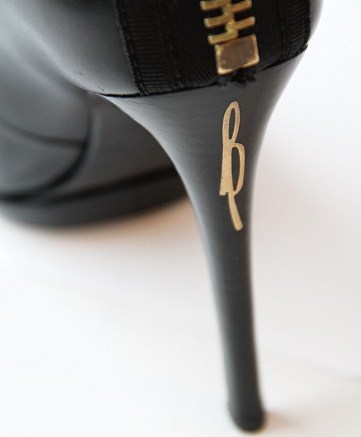 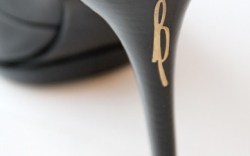 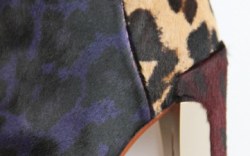 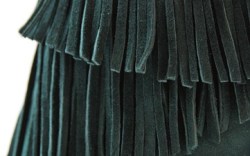 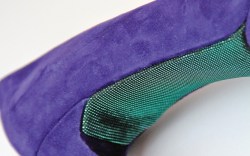 Brian Atwood has taken a foot off the red carpet.

The luxury designer, who has seen his towering pumps on the likes of Kate Hudson and Jennifer Lopez, has cast a wider net for fall ’11 in hopes of capturing an audience beyond the high-end consumer.

“[My new line] is strong and confident with kind of a bohemian statement,” said Atwood, who partnered with The Jones Group last year on the lower-priced B Brian Atwood collection. “[The customer is] a bit worldly and loves shoes with a playful attitude but that are always feminine and sexy.”

Atwood has crafted a line of ballet flats, sky-high stilettos and over-the-knee boots, done in smooth leathers, satin and multitone fish skins and embellished with fringe, metal details and studs.

“There are some great urban and military looks, [but] I also always do fringe [or] something with movement in my collections,” said Atwood, noting that he’s considering adding jewelry and handbags to the line for spring ’12.

Priced between $100 for seasonal sandals and $650 for boots, the line will be unveiled this week in Atwood’s New York showroom. It has been picked up by Saks Fifth Avenue, Barneys Co-op, Fred Segal and Shopbop.com, among other high-end accounts.

The collection, which will include between 35 and 45 styles, also represents Jones’ deeper commitment to the designer space, said Richard Dickson, CEO of Jones’ branded businesses.

“It’s a mix of Upper East Side prep and East Village punk, and the perspective is very different from our other brands. It’s a new study of what’s happening in the world of trends,” he said. “Brian brings an exceptional attention to detail and a creative process that is fluid, exciting and contagious.”

The Designer
Brian Atwood began his fashion career modeling on the European runways and launched his namesake luxury shoe brand 10 years ago. He has also worked for Versace and Bally and received FN’s 2010 Designer of the Year award.

The Look
Atwood examined trends in both uptown and downtown Manhattan when crafting the line. His vision is captured at left by model Danielle Zinaich, with whom Atwood worked during his years at Versace.

The Buzz
Key retailers laud the partnership. “The people at Jones are tremendous merchants, and [Atwood] will be a fantastic partner,” said Ron Frasch, president and chief merchandising officer at Saks Fifth Avenue.