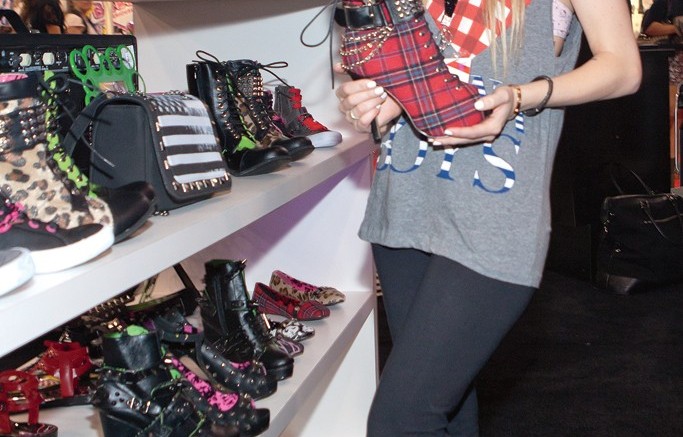 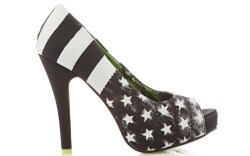 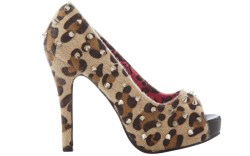 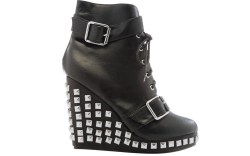 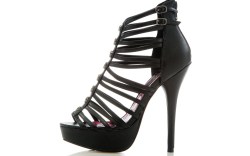 Known for her punk-rock style on the stage, singer Avril Lavigne is bringing her look to footwear for spring ’12.

Her Abbey Dawn brand, originally founded in 2008 and re-launched last December as a clothing line produced by San Diego-based Blank Generation in the U.S., conveys a rock-star vibe with plaid, animal prints and hardware.

“It started off with my favorite things to wear, and I wanted it to be rock ‘n’ roll,” said the 26-year-old Lavigne, who already makes women’s and men’s apparel and handbags. “I took [materials] that I love and added them to the shoes. And I never go into a mall and find super rock ‘n’ roll [shoes].”

As a result, the line of about 39 styles includes a mix of boots, sneakers, heels, ballet flats and flip-flops, featuring a variety of hardware such as studs, spikes and skulls. The line is produced in China and will retail at select stores for $50 to $80.

And despite being new to the footwear business, Lavigne said the transition has been smooth. “The people I’m working with are really great, so that made it easy,” she said. “I went through a lot of my favorite cuts, and it’s all about comfort and how it fits.”

For now, the brand is targeting a younger, juniors’ consumer. “The Abbey Dawn line is really for somebody who likes to be a little edgy with their fashion sense and express themselves,” said Lavigne. Not unlike the singer herself.

The Designer
After bursting onto the music scene in 2002 with her debut album, “Let Go,” Lavigne launched the Abbey Dawn brand exclusively at Kohls in July 2008. Since the release, it has expanded to become a full lifestyle label.

The Inspiration
In addition to the music world, Lavigne turned to her travels for inspiration. “I like to shop in Tokyo because the style is so out there and crazy,” she said. “I wanted the line to also have a Japanese sense, so some of the pieces are over the top.”

The Pitch
Abbey Dawn footwear debuted at Bread & Butter in Berlin in July, followed by a showing at Magic in Las Vegas in August. The line will retail at select locations including Hot Topic, Punk.com, Newbury Comics and the brand’s website, Abbeydawn.com.