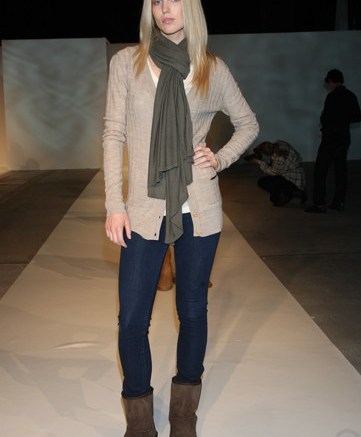 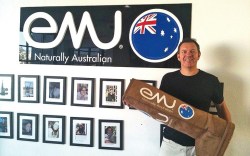 LOS ANGELES — Emu Australia is getting into the independent spirit.

The company, which has its U.S. headquarters in San Clemente, Calif., has revamped the brand to cater to the specific needs of smaller retailers, following a similar successful strategy in Australia.

“Independent retailers worldwide have been neglected over the past 20 years with the rise of the larger corporations,” said Peter Abbott, CEO of the Americas division. “We have a mentality of really nurturing the independent and looking after their business and making sure they’re successful with our product.”

Eighteen months ago, a similar strategy was instituted in the U.K., with similar results.

Abbott relocated to the U.S. a little more than a year ago with the mission of implementing the strategy here. The company has added 500 new independent accounts since December 2009, and each new opening is a celebration for the company, he said. “We celebrate opening a one-store independent here, just as much as if we were to open up a major,” he said.

The company’s retail base now includes 1,648 doors in the U.S., including Kitson in Los Angeles and Fred Segal in Santa Monica, Calif. Bon-Ton Stores Inc. is the company’s exclusive department store account.

Kitson owner Fraser Ross said Emu Australia’s service, as well as its design, are winning over consumers. “Kids come in and they absolutely love what Emu is doing with the character designs,” he said. “We’re very happy to be working with them.”

“Emu does great for us,” said Jessica Martin, associate buyer for San Diego-based Tobi Blatt. “The price point is fantastic and the quality is great. They’re very boutique-oriented and they pride themselves on it. Their customer service is like no other I’ve experienced with a global brand.”

Lindsey Tate, owner of Boulder, Colo.-based Two Sole Sisters, said she was drawn to the company because of its attention to independent retailers. “That was one of our interests in the company,” she said. “[Smaller brands] are something we focus on. [We try to] bring in labels that people can’t find in places like Nordstrom. We’re excited to bring them on.”

Abbott said there are several benefits to an independent-centric strategy.

First, the feedback on product and consumers is instant. “You really get true comment and true analysis on your product because often it’s the owner of the business, and [he or she] is not only doing the buying and paying the bills but also working the floor and managing the store,” Abbott said. “If the product is not up to scratch, you quickly find out.”

Also, he explained, this strategy is very difficult to replicate, giving the company an edge. “Our competitors can’t or won’t compete with us in this area because it’s too hard for them,” he said. “All our reps work on an eight-week call cycle, so our reps are in our retailers’ stores six or eight times a year.”

Last fall, the company instituted a stock-service program that has been well-recieved among retail clients and consumers, said Abbott. “We’re very excited about what this might bring this season,” he said. “Already, we’re seeing a great jump in sales because of it.”

Through the program, the company maintains stock on its 13 top-selling items for fill-in and at-once orders.

Looking ahead, Abbott said he is confident the company would continue to add to its door count and maintain its brisk growth rate, which has been about 30 percent per year.

“We’re on track to maintain that,” he said. “The challenge for us is finding really good people to work for us, training them well, getting them out and selling the product, and building good territories and good accounts. It’s a challenge of building [the business] brick on brick.”

In other Emu news, the company announced last week that it would host a runway show during New York Fashion Week, on Feb. 17 at the Metropolitan Pavilion.