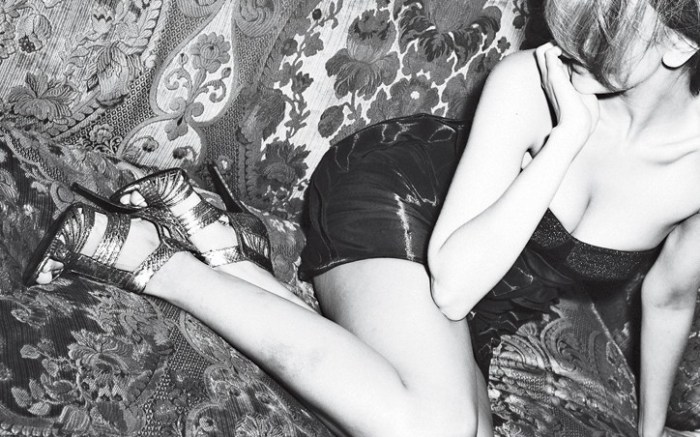 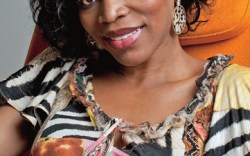 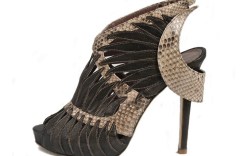 Young designers, particularly those who launched high-end footwear brands during the economic crisis, have learned a tough lesson, that business smarts and an ability to adapt are as important as shoemaking talent.

“Being a great designer is just part of it,” said Milton Pedraza, CEO of The Luxury Institute in New York. “You have to be a businessperson — and a really sharp businessperson at that. [A lot of new brands] think if they build it, the customers will come, and that’s just not true. A lot of rookie mistakes are made because they don’t also have the operations and finances under control.”

For some emerging brands, adapting has meant cutting back on staff and steep overhead expenses such as showroom space, while others have taken smaller profit margins, switched factories, re-evaluated price points and launched lower-priced collections.

“[Retailers] want to see that you’re extremely [aware] of your costs,” said Deborah Lyons, whose Mechante of London brand launched in fall ’09 and is sold for $500 to $1,000 at high-end accounts including Harrods, New York’s Edon Manor and Harvey Nichols in Saudi Arabia. “It takes a few years to build a customer base, and in those years, you spend so much money. The more you manage yourself, the more you save and can then put into [promotion].”

Case in point: Lyons reduced expenses on her New York showroom and press team, which allowed her to control her brand and its image, foster relationships with retailers and redistribute the budget to implement long-term projects, including the January launch of an e-commerce site. Lyons has invested about 350,000 pounds (or $564,000 at current exchange) since launching and broke even for the first time last quarter.

Like Lyons, Coye Nokes debuted a namesake line in 2009, just as the financial markets crashed. To offset a limited number of retail orders, Nokes bowed e-commerce to reach consumers directly and to unload inventory.

“I didn’t plan to open an [online] shop,” said Nokes, who signed no brick-and-mortar stores her first season. “I went to wholesale in February 2009, and it was a pretty bleak time. There was the need for drastic action, and I had to make some big changes.”

Nokes’ $250-to-$600 line has since been picked up by 20 doors — including Goodie 2 Shoes in Jackson Hole, Wyo., Viola Lovely in Boston and Boutique 1 in Dubai and Beirut — but she has been forced to re-examine costs and try to bring in a broader audience. She dropped her starting price to $250 from $450 and diversified her factory mix, moving part of her production from Italy into Brazil, where 30 percent of her collection is now made.

For many young designers, the biggest challenge is the initial work with factories to establish minimum orders and secure timely shipments.

“When you’re new, you don’t have excess cash to pay your suppliers,” said Lyons, noting late payments hold up product deliveries. “[If retailers don’t pay you on time], that can destroy you. Stores won’t be understanding that you’re not delivering [just] because another store didn’t pay.”

Lyons now requires independent accounts to pay 30 percent of the total order up front and send the remainder when product is shipped. In rare cases, she said, she’ll allow stores to pay within 30 days.

Omelle’s Cherise Angelle and Nicole LaFave unveiled their brand to retailers in July 2008, and they, too, ran into pricing and production issues.

“When the economy tanked in October [of that year], we had to reduce our wholesale and retail prices [and that] really hurt the profit margin,” said Angelle. The collection was initially priced between $495 and $1,545. “Being a smaller brand in an Italian production facility, the demand was on us to meet certain requirements [and] those factors were not considered in our initial budgets.”

Despite moving to a different Italian factory, taking lower margins and launching e-commerce to help meet production requirements, Omelle was put on hold in fall ’10. No immediate plans are in the works to relaunch the line.

“I’m a little gun-shy to do it all over again,” Angelle said. “There are so many factors that go into it — it’s writing a whole new business plan and securing the funding.”

Other designers are getting creative to stay in the game. Newcomer Theresa Ebagua — who launched her Chelsea Paris collection for spring ’11 — will roll out a lower-priced, diffusion line for fall.

“I’m a little concerned about the less-expensive line cannibalizing the main business,” said Ebagua, noting she works with separate factories on the collections. “It has to do with how the brands are positioned. And they speak to two different customer bases. But it is a big risk.” Ebagua hopes to break even on expenses in 2012.

The new line — MO by Chelsea Paris — will retail for $200 to $500, compared with $400 to $850 for the core collection. In its first season, Chelsea Paris picked up 15 accounts, including five New York Look doors and Hu’s Shoes in Washington, D.C.

Designer Heather Williams, whose H. Williams line debuted in fall ’09 and is sold at The Wynn in Las Vegas and Chuckie’s New York, has bolstered her name with runway collaborations and freelance work. “It keeps you in the industry, and a [guaranteed] distribution channel [is nice],” she said.

She has also made a bigger commitment to her brand — which peaks around $1,000 — and is focusing on making it viable for years to come. “At some point, it can’t be a hobby anymore,” she said, noting that she has invested about $100,000. And though she is breaking even on each collection, she’s still recouping start-up expenses. “You need to think about what you can do to be in business long term and how to keep it running.”