Edelman to Bow New Store in ’12, Plus More 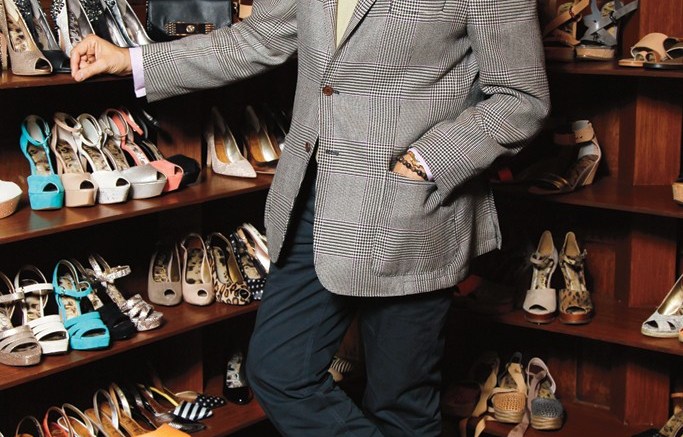 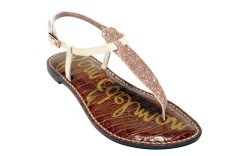 NEW YORK — Retail expansion is at the forefront of Sam Edelman’s growth strategy for 2012.

As he continues to build his relationships with key department stores, the designer is on the verge of signing a lease for a flagship store in New York’s Soho area.

“The Sam Edelman brand is a key contributor to our contemporary fashion portfolio,” said Diane Sullivan, president and CEO of Brown Shoe Co., the label’s parent. “We’ve been thrilled with the consumer response to this beautifully crafted brand and look to Sam for more of the same going forward.”

Edelman said the Soho store, set to bow in August 2012, will be designed by architect Lee Skolnick, best known for his work with museums.

“Our New York store will scream the things that Libby [Edelman] and I love,” Edelman added. “There will be a spirit of wonderful contemporary art — I’m very influenced by the artist Cy Twombly and the great graphic designer Piero Fornasetti. And I like 1940s and ’50s mid-century [design], especially with a little bit of a French influence. All this is going to be interpreted [in the store].”

Edelman, whose wife is taking a six month leave from the business, added that his first pop-up store (in Palm Beach, Fla., in 2010) and the East Hampton, N.Y., boutique, which will reopen in April, have instilled confidence that the Soho flagship will thrive.

“It was a great start to retail for us,” he said, noting that he gleaned new information about his customers and his product through regular visits to the shops. “Until you have your own store, as a wholesaler you sometimes forget the entire history of the shoe business is based on key [product] items. You always want [retailers] to buy 25 or 30 different styles in five colors each, but whether you are Gucci or Sam Edelman, your business is going to be driven by key items. … So I quickly realized the importance of the Gigi, which is our flat sandal.”

The Gigi, which retails at $65, is becoming a mainstay at department stores, too, Edelman added. “We just got a commitment from Bloomingdale’s to run [the Gigi] year-round.”

In bigger Bloomingdale’s news, a Sam Edelman shop-in-shop opened Nov. 10 at the retailer’s New York flagship. The designer said his positioning at the store is ideal, citing the other labels adjacent to his. “It’s a dream of any merchant to be in the company that we’re in, next to Ugg and Stuart Weitzman, and to be in the midst of apparel designers who influence us every single day,” he said.

Building the brand’s presence at the department store also entails strengthening ties with its staff. To that end, Edelman recently invited 50 Bloomingdale’s employees to his New York showroom to celebrate the opening of the new shop. “The [sales associates] get a personal connection to me as a designer and to the brand, and it’s an opportunity for me to learn more about the consumer,” he said.

Beyond New York, another shop-in-shop is set to open in February in Belk’s Birmingham, Ala., flagship. Belk EVP and GMM David Neri said the Sam Edelman brand, which has been part of the 303-door retailer’s assortment for eight years, is a consistently strong seller that helps fulfill Belk’s mission of delivering “modern Southern style.”

“The product fits our tagline and our store,” Neri said. “The styling, color and embellishments resonate with our customer and [fill] a niche that has been very beneficial to both [Belk and Sam Edelman].” Neri added that he hopes to open five more shop-in-shops with the brand at key Belk locations. “We’ve quadrupled our [Sam Edelman] business over the last two years, so we want to stay on that growth path.”

But expansion within brick-and-mortar stores is only part of Edelman’s plan. The brand is creating its own e-commerce site, projected to launch in early 2012, based on its prior success with e-tailers such as Zappos, Piperlime, Amazon and Shopbop.

A new e-commerce deal with Lane Crawford will further increase Sam Edelman’s online presence, and it will take the designer himself to Hong Kong in January for a personal appearance at a Sam Edelman pop-up shop in Lane Crawford’s Canton Road store. “The [Sam Edelman] brand naturally connects with our customer,” said Jo Corrigan, GMM for Pedder Group, which operates the retailer’s shoe business. “The customer in Asia is incredibly fashion savvy and discerning, totally driven by trend and the desire to wear key looks of the season.”

On the product side, the brand also is venturing into new territory, pursuing additional categories and price points. For spring, a handbag collection, retailing from $98 to $498, will launch at key doors and e-tailers. Edelman also has plans for sunglasses and outerwear in future seasons, as well as footwear in the more moderate and higher-end ranges.