Ed Hardy Tones It Down 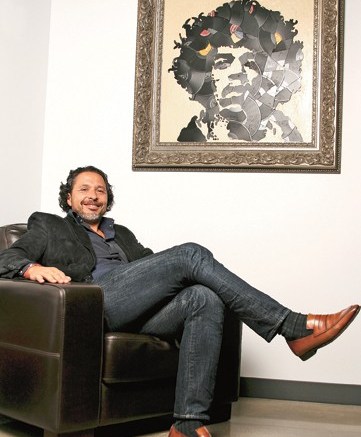 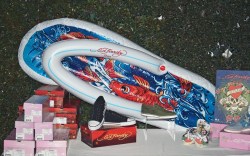 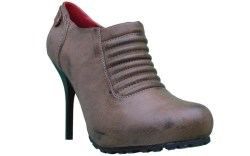 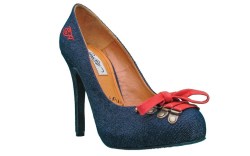 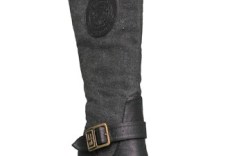 Ed Hardy is getting a new look.

The Los Angeles based brand — known for its colorful tattoo designs — is adding more muted and fashionable styles for fall, while also expanding its kids’ business.

“The Ed Hardy name is strong, but we can’t always be on top,” said CEO Philip Chemla, who founded Philip Simon Development Inc. in 2001 and holds the license for the footwear. “We want to come back to the [roots] of the brand, work hard on the design and create a new age for the [company].”

Executives said they will be able to better convey the new image now that Ed Hardy is largely controlled by Iconix Brand Group Inc.

Iconix acquired half of the label in May 2009, but at the end of April 2011 upped its stake to 85 percent. As a result of the deal, Iconix now owns the rights to the master license for Ed Hardy, which had been held by Christian Audigier’s Nervous Tattoo. Chemla, who came on board to handle the footwear for Ed Hardy’s spring ’05 footwear launch, remains in place, though Iconix will now have more of a say in the direction of the line.

Neil Cole, CEO of Iconix, echoed that the company will use its expertise to grow the property. “The Ed Hardy [name] has an extremely high level of consumer awareness,” he said. “We are excited to be able to utilize our marketing and licensing expertise to re-energize the brand.”

Part of the new focus will include catering to a larger, more mature audience. The line, identifiable by its sneakers decorated with the work of artist Don Ed Hardy, will still feature tattoo details on its footwear, but also offer more style variety, including heels and boots, said Chemla.

“The tattoo used to be very fashionable and now it’s a little bit less in fashion,” he said. “We need to go with the [trend] and [target] the customer who wants more classic looks.”

In addition, Ed Hardy is seeking to strengthen its kids’ business by adding new styles for spring ’12. For that category, though, the brand will stick to its signature look, including more rhinestones and its tiger logo.

Currently, about 75 percent of the business is women’s shoes, while kids’ represents between 15 percent and 20 percent.

Robert Yeganeh, owner of Long Island, N.Y.-based Love My Shoes, has been selling the brand at all five of his locations since its start in 2005 and said the kids’ shoes and flip-flops continue to bring in strong sales at his stores.

“I’m extremely pleased with the longevity of the brand,” said Yeganeh. “The [footwear] has a lot of color, and the [styles] really stand out.”

Shoemall.com picked up the line for spring, and merchandiser Rachel Funk said it is performing well. “We have seen high sell-throughs each week and had to reorder throughout the season,” she said. Now Shoemall is planning to add the kids’ line.

Going forward, Ed Hardy has focused on building business with online retailers, department stores and international accounts. The line, priced from $55 to $140, sells in about 250 doors, including Macy’s, Zappos.com, Amazon.com and independent retailers, and also operates 40 branded stores. A distributor in Europe works with 28 countries including Russia, Germany and France. And Ed Hardy will now be able to combine resources with Iconix.

“[Iconix] has an incredible relationship with the best retailers,” said Chemla. “We are hoping to expand in China, which will bring a great deal of business and a new market that we have not worked with before.”

Cole agreed that part of Iconix’s plan would include international growth. “One of our key strategies is to provide clear direction to our new partners and position the brand for growth,” he said. “We see a lot of opportunity in Latin America, China and Europe.”

A celebrity following also has assisted with expansion. Larry King, Whoopi Goldberg and Britney Spears have all been spotted in the shoes. Spears, in fact, wears the flip-flops regularly, which has directly translated into a sales increase, said Ariel Weindling, president of PSDI sister company, Philip Simon Brands Group.

That division will help PSDI explore wholesale opportunities this fall, when it launches Ed Hardy’s new sister label, Philip Simon. The line was created to target women ages 25 to 40 with more fashion-forward looks. Priced between $39 and $200 for everything from flip-flops to sneaker-inspired heels, Philip Simon will enter Shopbop.com and other retailers this fall, and will launch an e-commerce site later this year.

“There is a new energy to Ed Hardy,” said Chemla, adding that the main brand now manufactures between 1.5 million and 2 million pairs of shoes per year. “And with the Iconix [partnership], this is all good news.”