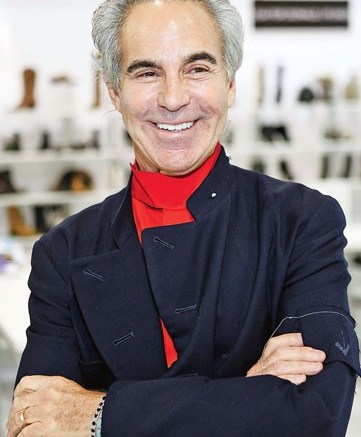 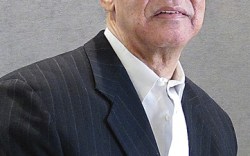 “Opposites are often very successful in a company because they can complement each other,” said Hord. “I have a strong background in managing businesses and hiring people, and Donald is the creative guru.”

Though the two executives are still in the so-called honeymoon stage, they have hammered out an ambitious agenda, which calls for several high-ranking hires. The company has already begun a search for a director of e-commerce to overhaul its existing site, and three senior designers to work alongside Pliner.

“With more divisions and larger volumes I will be able to express myself in other ways I couldn’t do before because of limitations in sales, personnel and money,” said Pliner.

The company will immediately ramp up its efforts in men’s footwear, aiming to expand it to 40 percent of total sales, up from 20 percent, in the next five years. To do that, executives plan to more aggressively push Donald by Donald J Pliner, a faster, lower-priced collection aimed at younger men that hit last fall. The line sells for $125 to $175, compared with the core men’s collection, which starts at $250.

“We believe the largest growth opportunity is in the men’s area, and that’s not to suggest there’s not tremendous opportunity in women’s, we just think there’s tremendous white space in men’s contemporary footwear,” said Hord. “From investing in salespeople and design talent to investing in advertising and marketing, the men’s business is in its infancy.”

The firm also will target high-end stores by deepening its couture collection for men and women, which accounts for a sliver of the business.

On the women’s front, Pliner and Hord said they expect to launch in the next year a hipper, more affordable line for younger women, similar to the men’s strategy. Hord said the line would not compete with the Lisa for Donald J Pliner collection, which retails for $250 to $350. Under the new management, the Lisa Pliner business will be treated as a separate unit with its own design and sales teams.

The executives said they also want the company’s stores to return to their glory days, when they regularly attracted musicians and artists. Donald J Pliner expects to open two locations in New York within a year, one uptown and another potentially in the Soho area. After that, Los Angeles would be targeted, likely replacing the Beverly Hills door that closed in 2010.

Pliner, known for a hectic travel schedule, said he would now be able to vacation with his family for the first time in years. Still, he’s raring to go.

“My only problem is that I don’t like things to lag,” Pliner said. “I hope things happen as fast as I want them to.”