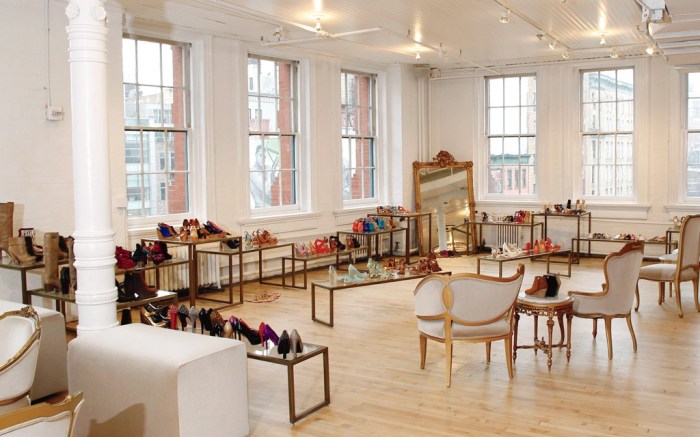 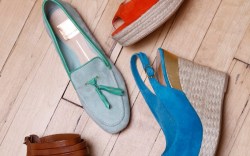 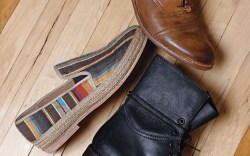 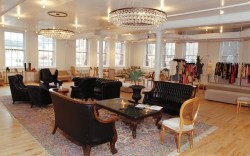 The New York-based company celebrated its 10th year last month and has grown from a women’s shoe brand known for cute sandals to a lifestyle label making three lines of footwear and two apparel collections.

The company has gone from one account — with Nordstrom — in its first year to more than 900 accounts domestically today. And it counts hip independents such as Urban Outfitters and Shopbop.com as important retailers.

Additionally, in February, the company will bow its third store in New York: a 2,200-sq.-ft. space on Elizabeth Street offering Dolce Vita footwear, which is 85 percent of the business, and the brand’s apparel. Another Dolce Vita shop is already nearby on Ludlow Street, as well as one for the firm’s men’s label, J.D. Fisk.

Yet the famously media-shy duo who co-own the company, Nick Lucio and Van Lamprou, don’t consider these events turning points.

Swirling a tumbler of bourbon at the showroom, Lamprou told Footwear News, “We’re really happy that the consumer is embracing us a little further. Is our business healthily growing? Yes. Do I want to quantify that? Not really.”

Dolce Vita’s president, Matt Rush, said the brand has seen strong double-digit growth each year over the last few years, a trend Lucio and Lamprou attribute to the fact that they’re attuned to the way young women style themselves.

“We’ve always worked hard to make a big trend a little bit different and more interesting,” said Lamprou. “The consumer is becoming more familiar with us, [trusting us to] deliver the right trend; the retailer is, too.”

Indeed, at Bloomingdale’s, Debbie King, VP and DMM of women’s footwear, said the shoes always have a twist, which differentiates them in the marketplace. “Our Dolce Vita business has been very strong,” she added.

Bill Lawson, owner of Shoe-Inn, said Dolce Vita’s strength also lies in being quick to market, having on-time deliveries and offering new looks. “It’s good stuff at the right price points, which is the trick to any business. We started buying from them almost from the beginning. We’re certainly going to try to increase our business with them,” he said.

At the time, Lucio and Lamprou’s lawyer, Jerome Katz of Chadbourne & Parke, replied that “the complaint filed by Steven Madden Ltd. is entirely frivolous, and we will vigorously contest it. In fact, it is Steve Madden that owes Dolce Vita millions of dollars for unpaid bills, among other things, and Dolce Vita plans to file counterclaims against Steve Madden in short order.” A month later, the case was dismissed with prejudice and without cost to either party.

Today, Dolce Vita continues its private-label business for clients it will not name. “We make them for brands that don’t conflict with anything we already have,” said Lamprou. “But I daresay we wouldn’t be here today without Steve.”

The firm also learned valuable lessons from its boutique on Melrose Place in Los Angeles, which opened in 2006 and closed five years later without turning a profit. “It’s difficult to run things from across the country,” said Lamprou. “The idea for the Elizabeth Street store is to be a blueprint for what works well and be able to manage it properly from all aspects before rolling it out to different places across the U.S.”

For 2012, Dolce Vita is focused on finding opportunities for distribution overseas, although the product is already sold at some retailers in Canada, Australia, New Zealand and the United Arab Emirates. Company execs also want to aggressively grow the year-old men’s business, which comprises less than 10 percent of total revenue.