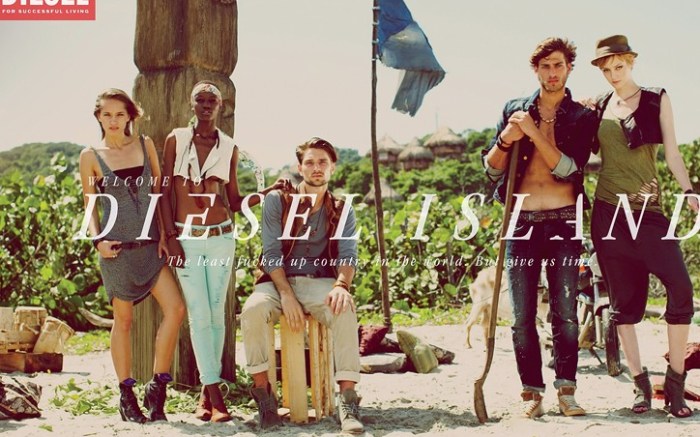 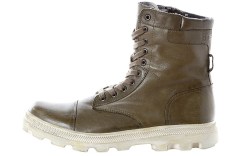 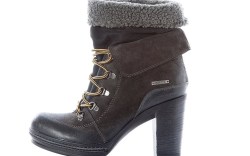 NEW YORK — Diesel footwear is getting a makeover.

For fall ’11, the lifestyle brand will embark on some major moves to boost the fashion in its footwear offering and depart from its athletic-inspired roots.

“It’s good for us,” said Luigi Mezzasoma, CEO of Diesel shoes and bags, noting that the company has built a footwear collection that better aligns with the brand’s image as sophisticated denim. “We can be closer to our DNA, which is strong and sexy, and be on trend in the market as we move from athletic to hybrid and more fashionable [styles].”

“We’re a fashion company, not an athletic company,” added Tony Strippoli, Diesel’s VP of sales for footwear, bags and kids’ product. “We can credibly interpret trends from athleisure to runway [and] take the footwear in any direction we want to.”

To that end, Diesel has broadened the offering to dovetail with what key retailers are looking for from refined denim brands.

“[We’re] moving to something that is cleaner and more tailored,” Strippoli said. “Our customers have asked for it, and the market is really going in this direction.”

For spring ’11, about 75 percent of the men’s line was in the athletic-leisure category, but that number has been shaved down to about 30 percent for fall.

The emphasis is now being placed on hybrid styles, which make up about half the fall men’s offering and feature rubber, sneaker-like bottoms and more-fashionable leather uppers. Dress looks account for about 20 percent of the mix.

The move, said Louis Digiacomo, VP and DMM of men’s accessories and footwear at Saks Fifth Avenue, has been a smart one.

“They have a strong brand name that really resonates with our customer,” he said. “We’re very pleased they are updating their collection because our own direction has evolved into more dress-casual with men’s.”

Styles doing well, Digiacomo said, include a suede boot with a rubber sole and items in tan, brown and navy that are suitable for the weekend or a more casual work environment.

“We needed the brand to evolve,” Digiacomo said, noting that he does not expect the reduced athletic offering to bother Saks shoppers. “Our customer is very quick on the trend and wants to see it evolve season after season.”

The move is even more drastic in the women’s category, which is the priority as Diesel shifts its mix, Mezzasoma said. For fall, athletic looks have been cut completely, leaving dress styles to account for 70 percent of the collection and hybrid styles to make up 30 percent.

“It’s a revolutionary shift, where we’ve pretty much walked away from our athleisure offering [for women] to focus on the hybrid and dressy offering,” Strippoli said of styles that span wedges to over-the-knee boots detailed with fringe, hardware and denim. “We’re not doing the Jimmy Choo or Christian Louboutin [look], but it’s not just ballerinas.”

For Mica Morales, juniors’ fashion buyer at Zappos.com, the shift represents a new era for the brand and opens up the collection to a broader customer base.

“The consumer has been craving this from Diesel,” she said, noting that she buys styles for both men and women. “People who thought Diesel was just casual will be excited about getting that day-to-night look.”

Morales has been working with the brand to showcase more unique items, such as dressy boots and a broader heel offering for women and brightly colored men’s sneakers.

The children’s mix also will change, according to Strippoli. More hybrid styles will be introduced, making up about 55 percent of the line. Previously, about 80 percent of the kids’ offering was athletic, but for fall, it will make up less than half of the collection.

The overall shoe offering is set to grow by about 25 percent from last year and will encompass more than 200 styles across the categories. Adult footwear retails for $95 to $400.

While the revamped collections will be sold in all of Diesel’s 400 branded stores, the company will look to broaden its footwear coverage with key retailers including Selfridges, Bloomingdale’s, Saks, Nordstrom and e-tailers Zappos and Asos.com.

About 30 percent of the brand’s business is done in Diesel stores and online, while the remaining 70 percent is split equally between department and specialty stores.

“Distribution is not something we’re looking to change,” Strippoli said. “It’s more about replacement [and] trading up the brand image and offering.”

But Diesel isn’t exactly letting go of its athletic past. Last week, it launched a limited-edition sneaker collection with Adidas, extending a partnership that has included a denim collaboration and a 55DSL style based on Adidas’ Nizza shoe.

For this collaboration, Diesel has redesigned five of Adidas’ classic footwear styles, which will be sold at Diesel’s stores and on its website.