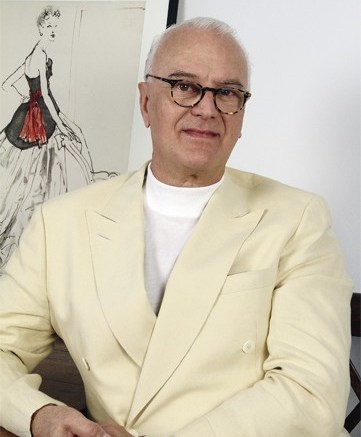 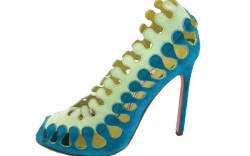 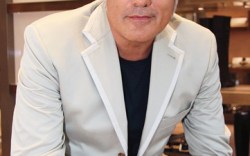 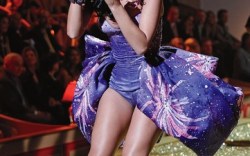 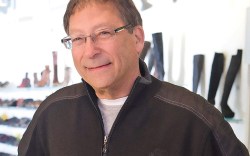 The muse sure has come a long way.

The Greeks had a handful of goddesses that motivated the masters of literature and the arts. Then Dante had Beatrice, F. Scott Fitzgerald had Zelda, and Andy Warhol had Edie.

Some designers, too, have crafted entire collections inspired by the look of one woman, spanning Cleopatra to Kate Moss. But — save for Lady Gaga, who is often cited as an inspiration — footwear’s most prominent names now are casting a wider net in their search for design sources.

Instead of turning to a single woman for inspiration, the top male designers have begun to favor a specific attitude or iconic look. Getting into a woman’s head, it seems, has gotten quite a bit more complicated.

“I no longer understand the term ‘muse,’ [though] I do have a group of divine women who are always in my thoughts,” said Manolo Blahnik, who has famously praised the stars of classic silver-screen films but also credits Anna Wintour for her contributions to his creativity.

Other big names also refuse to commit to one muse in the ever-evolving world of fashion and design.

“I rarely think of individual people,” said Nicholas Kirkwood. “It’s often a few people who come together and make up the characteristic I’m looking for. One might be really into fashion, the other might be into music, and another might like going out and having a good time.”

Here, five of the industry’s biggest names open up about the stars who embody their collections, the muse’s changing role and how to give women what they want.

Manolo Blahnik
Getting into a woman’s head: “I’m constantly looking and talking to women everywhere, listening to what they love, or maybe even don’t love, about what I’m doing. Ever since I was a young boy I’ve been inspired by the women around me, in particular my mother, who had great personal style and was always incredibly feminine. I keep that in mind with all the shoes I design.”

Divine inspiration: “Anywhere and everywhere — books, old films, streets, buildings, nature. When an idea enters my mind, I sketch it on paper as soon as possible.”

The muse today: “All muses possess some sort of gesture, a movement [that] is their essence, and it inspires artists. [Though] I no longer understand the term ‘muse,’ I do have a group of divine women who are always in my thoughts: Amanda Harlech, Lucy Birley, Yasmin le Bon.”

Which women embody your design aesthetic? “Anna Wintour, Grace Coddington, Franca Sozzani and Carine Roitfeld, simply in the way they carry themselves, bringing a strong sense of security.”

Changing landscape: “In my time, famous people were really something. They wrote wonderful books, took fantastic pictures or acted amazingly, like Julie Christie [at left], or they walked like Charlotte Rampling. Nowadays, a lot of them are famous for nothing.”

Giuseppe Zanotti
Getting into a woman’s head: “A designer, whether male or female, needs to jump into another universe. Shoes are difficult. You need to think not only about the technical issues but of the woman’s emotions, needs, desires. I was the only man in the family and, with my mother and three sisters, there were women around all the time. Even at 6 or 7 years old, they would [play with] makeup and loved to feel like a woman. [So] when I decided to do this work, [I thought a lot about them]. It’s something very personal.”

Divine inspiration: “There are databases in my brain, my memories and my heart. I have memories of colors, soul music records, art, old outfits and iconic girls from the past. I like to look to the past and mix my own cocktail from all the stories.”

The muse today: “Muses can’t be slaves of success. They can be beautiful, but don’t have to be, and are intelligent. [But] my customer isn’t just American or French or Chinese or Italian. She’s so many different women, and having just one muse [doesn’t allow me to capture her]. She’s like a chameleon.”

Iconic muses: “Two thousand years ago, Cleopatra was contemporary. In the 1970s, I was crazy for Diana Ross, [and] Greta Garbo in the 1930s was androgynous and so sexy. Marilyn Monroe was so sweet and sophisticated-stupid, which was so refreshing. But, I’m sure, she was a very intelligent woman inside.”

Which women embody your design aesthetic? “Katy Perry is really fun in her look, like a doll, and is very 1940s. She’s genuine, intelligent and a good artist, but very clever in [portraying] personality. Lady Gaga is [also] fantastic and talented. Her outfits are always so crazy. She’s brave, really, and it is this kind of woman that I love.”

Stuart Weitzman
Getting into a woman’s head: “In the fashion world, it’s never the same. Women are whimsical and fickle, and you can’t show different versions of last year’s shoes and expect to have that excitement. Not being a woman might be an advantage because I’m not predisposed to any one particular attitude. Ladies have so many different personalities, and their tastes reflect that.”

The muse today: “ ‘Muse’ means you’re thinking of one particular person. I could never have just one [muse] because I’m trying to make exciting footwear for too many kinds of women. I don’t like to rely on one factory or one supplier, and I don’t want to build a business based on one woman. They could be celebrities, retirees or brides. One view won’t do it.”

Iconic muses: “Marilyn Monroe is always in my head, and she doesn’t go away too often. There’s something about a legend that’s hard to get out of your mind. My mother [below with Weitzman’s father] was also a very beautiful woman and loved the glamour. My father was a shoemaker and never had a hard time filling her closet. Her look was exciting, and I grew up in that world.”

Brian Atwood
Getting into a woman’s head: “You have to have some sensibility as to what women love. I grew up around amazing women, like my mother and my sisters. You can’t imagine women as these extreme kinds of iconic people. There has to be some type of relationship. The tough thing, as a man, is that you can’t really put on the shoes to find out where it hurts. So you have to speak to the people buying the shoes. What are they asking for and what do they love? Look for honest answers, good or bad.”

Divine inspiration: “It’s kind of a mixture. But I’ve been thinking about these athletic, strong women who are almost Amazonian, like Wonder Woman. It’s that kind of image at the moment. I’m making really long heels, so it goes with the idea of long legs and women who are very swanlike.”

The muse today: “She has to encompass everything you’re working on: the look and the style you want to celebrate. Whether it’s eccentric or a very simple and classic style, it’s that [woman’s] personality that comes out in the product. Christy Turlington was a recent [muse], Lauren Hutton was a few times and Rene Russo was a great one.”

Iconic muses: “My constant muses are Faye Dunaway, Lauren Hutton and some of the great models from the 1980s. They were just so beautiful, [and] their personalities made them iconic.”

Nicholas Kirkwood
Getting into a woman’s head: “Sometimes [a male designer] might not be as practical, [and] a woman might think more about some of the subtleties. I can’t try on the shoes to make sure they’re comfortable, so I really have to listen”

The muse today: “My muse is an imaginary one. I think of who the customers could be and think about the department stores where they might shop, the clothes she has on, how old she is and what she likes.”

Iconic muses: “Isabella Blow [at right] had such a passion for life, both for the way she looked and for other people’s creativity. She was an ambassador for so many [great designers], and she’s one of the main reasons why I even went into footwear.”

Which women embody your design aesthetic? “Sarah Jessica Parker has been really great to us. I [also] love Julianne Moore. She represents that chicness I admire.”

Changing landscape: “Until about a year or so ago, I never targeted celebrities. But I’ve begun to realize that, as you try to build your brand outside the fashion community, there’s so much that celebrity [attention] can do.”