Countdown to the Oscars 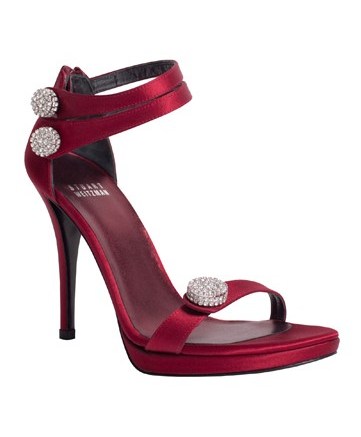 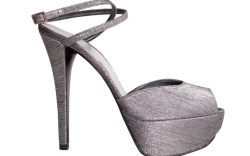 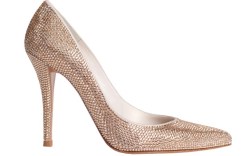 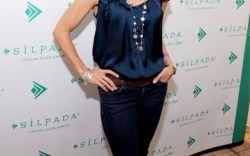 Footwear designers hit Los Angeles this week ahead of the Academy Awards to generate heat on the red carpet with key celebrity hookups.

Stuart Weitzman held court at his Rodeo Drive boutique, where talk was of weather and award winners. “We hear there is going to be snow and 35-degree weather on Sunday, so we may see people bundled up in coats,” the designer joked. “But they’ll have heat lamps, so they’ll be OK.”

This year, Weitzman designed a special collection of red-carpet shoes being shown to stylists for the first time this week (they will later be sold to the public). “It’s about high heels and platforms,” he said of the line. “When it gets down to the real world, we do take the heels a little lower.”

Weitzman said he expects to see peep toes, strappy sandals and a lot of metallics at the Oscars this year. “That means there’s going to be a lot of color in their dresses,” he said. “It’s not just going to be a beautiful black dress.”

But what won’t be shown on the carpet is one of Weitzman’s signature million-dollar shoes, which in past years have generated immense buzz.

“You just can’t keep doing the same thing every year,” Weitzman said. “It was a major moment for our company … but we’ve done it already.”

Weitzman declined to name the stylists and celebrities who have requested shoes, but Sofia Vergara, Sarah Hyland, Amy Poehler, Jewel, Norah Jones, Julianne Hough, Christina Hendricks, Julia Stiles and Naya Rivera have donned his heels in the past.

Tamara Mellon, founder and chief creative officer of Jimmy Choo, said she expected to see ladies of the red carpet stand even taller than in recent years. “This awards season, it is all about height, and I am introducing new 5 1/2-inch platforms in a special adaptation to my collection exclusively for the red carpet,” she said. “For the 15th anniversary [of our company], we brought back our Crystal shoes in a big way, as well as height, like our Zafria [style], which balances elegance with just enough drama. … My only wish is [that the stars] would lift their long dresses enough for me to see them.”

At the Kari Feinstein Academy Awards Style Lounge at the Montage Beverly Hills, footwear brands were gifting flats and flip-flops to help pamper the toes of starlets this season. Corso Como presented a fairy-tale experience for attendees, complete with Prince Ballasox, who fitted ladies (as well as “Project Runway” winner Mondo Guerra) with the brand’s Ballasox style, a ballet flat with a sewn-in sock.

“We were in Paris and we saw people waiting in line to buy these socks for like 25 euros, so we bought some,” said Maxwell Harrel, president of Corso Como. “It massages the foot and is really amazing. We took that back to the factory and put it in a ballet [flat]. The sock is actually sown into the slipper. Most women don’t wear socks in their shoes, so when they put this on, it feels really good.”

And hopes were high at the booth that a special pair of shoes designed specifically for Best Actress nominee and soon-to-be-mom Natalie Portman might find their way to her feet considering her advanced pregnancy and need for comfort. The flats were designed in satin and are in line with Portman’s strict vegan policy on shoes.

Elsewhere in the suite, Bandals Footwear President Thomas Sesti was showing off the company’s line of sandals with interchangeable straps. In its third season, Sesti said the company had already seen explosive growth and hoped the celebrity event would help raise the profile of the line even more.

Elsewhere in L.A., Dana Davis was taking a low-key approach to the Oscars this year, sending out a small selection of red carpet styles to select stylists upon request.

Giuseppe Zanotti was tight-lipped about an Oscar night shoes surprise he had planned for one of the nominees. Earlier this season, Mila Kunis, among others, sported Zanotti’s designs while attending award ceremonies.

Reps for Brian Atwood said that even though he was in Milan, he expected to see his shoes on the red carpet and at many afterparties. Celeb fans such as Megan Fox and Eva Longoria have already donned his ski-high heels this season.

Christian Louboutin, too, said he was too busy working in Paris to attend the Oscars. Earlier this season a host of stars, including Amy Adams, Blake Lively, Jennifer Lopez, Heidi Klum, Lea Michele and Olivia Wilde turned to the red-sole king for red-carpet heels.