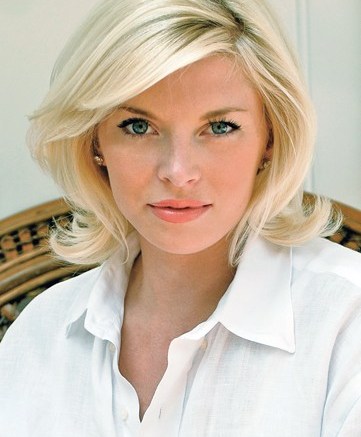 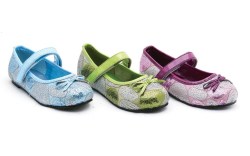 Since launching in 2003, the Los Angeles-based children’s brand has built a business on its colorful sequined Mary Jane shoes. And now, China Doll’s new owner, Tasha Hess, who acquired the brand in early 2009, is working to expand the product offering.

“China Doll had a great little niche in the market, but the company needed someone to come in, rebrand it and restrategize the product offering and manufacturing,” said Hess, a former shoe retailer whose family has a long history in the footwear industry. “So when I took over, I decided to shut down the business and start from scratch.”

Hess returned to market in late 2009 with a significantly expanded assortment for the holidays, featuring fresh updates on the brand’s popular sequined shoes, as well as new styles such as fashion boots, quilted ballerinas and studded flats. “I wanted to keep the same concept of fun, glamorous shoes, but broaden the offering more,” she said, noting improvements also were made to the quality and fit of the original Mary Jane shoes and replaced the elastic straps with adjustable Velcro versions.

For spring ’11, Hess branched out further with the launch of China Doll Sport, a lower-priced line of vulcanized shoes and driving mocs in materials such as patent leather and metallic polyurethane. She expects the Sport collection — priced from $15 to $30, compared with $30 to $70 for the core China Doll line — to drive volume. Rounding out the size offering, a small baby series, consisting of sandals, booties and Mary Jane looks, also was added last spring.

In addition to expanding the company’s merchandise, Hess has improved the product flow, introducing new styles more frequently. One of the biggest impediments to China Doll’s growth under its previous owner, she said, is that the line hardly changed from season to season. “We now have seasonal collections and we’re bringing out new styles every 45 days, so we’re right in there with the rest of the shoe companies,” Hess said. “I want the line to keep evolving so it stays fresh and interesting for the consumer.”

All the changes on the product side have helped China Doll expand its retail distribution, adding accounts including Shoes.com; Kitson; Glik’s; Buy Buy Baby; Marshall Retail Group, which operates stores in several Las Vegas resorts; and a mix of independents. Footwear retailers, in particular, are a growing part of the brand’s distribution, Hess said. “China Doll has always had a strong business with apparel boutiques, but we’re starting to take on a lot more shoe stores. That’s where we’ve seen the real growth in the last year.”

Munchkin Land’s Martin said Hess has done a good job broadening the appeal of the line with new styles, but the original sequined shoes remain most popular with her customers. “We get them in, and they sell right out,” she said. “[People like them because] they’re different than other shoes they see.”

Jennifer Pope, owner of The Red Balloon in Chicago, agreed. “It’s a fun look that appeals to both moms and kids,” she said, adding the shoes also sell well as gift items.

While footwear is China Doll’s primary focus, Hess said she has bigger plans for the brand. In the coming seasons, she hopes to extend the name into a range of categories, including apparel and accessories. “My goal is to build a lifestyle brand that reaches far beyond footwear, offering a variety of fun, fashionable products for this age group,” she said.