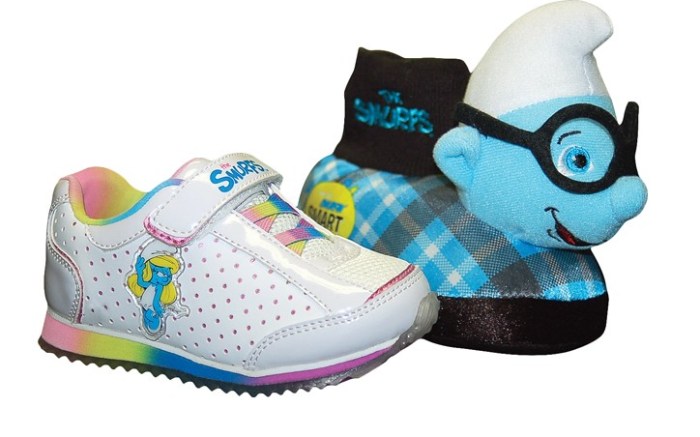 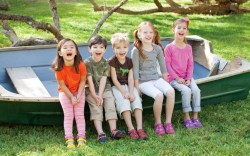 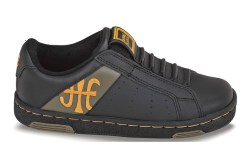 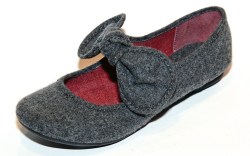 Royal Treatment
Los Angeles-based Royal Elastics, which celebrates its 15th anniversary this year, is rolling out its first kids’ styles for fall. The offering consists of four of the brand’s best-selling adult shoes: the Icon, a leather sneaker with logo detail; the Knight, a skate-inspired slip-on; the Brother Basil, a vulcanized high-top; and the Brother Roland, a chukka boot-inspired style with a cork sole. Like all of Royal Elastics’ footwear, the kids’ shoes, which are priced from $50 to $60, use elastic bands instead of traditional laces, making them easier to slip on and off. Delivery is slated for July.

Character Studies
BBC International’s portfolio of entertainment properties just got bigger. The Boca Raton, Fla.-based firm has inked a deal with Sony Pictures Consumer Products for “The Smurfs,” which is returning to the big screen this summer. BBC will produce a wide range of kids’ footwear, from fashion casuals and retro-inspired athletics to rainboots and slippers, in sizes 5 to 10. Classic Smurfs product will debut in stores this spring, followed by movie-themed product for fall. BBC also has landed the coveted “Sesame Street” license. Targeted to preschoolers, the line encompasses all categories of footwear and features educational motifs and favorite characters including Elmo, Zoe and Big Bird. Retail distribution is focused on the mid-tier and mass channels.

Going Big
Steven Madden Ltd. is bringing its Big Buddha brand to kids. After launching women’s footwear under the handbag label this past fall, the Long Island City, N.Y.-based company is adding a small girls’ collection for fall ’11. The focus is on fashion-forward casuals such as boots, ballet flats and Mary Jane styles, done in a muted, earthy color palette. Madden acquired the Big Buddha brand early last year.

Firm Foundation
Pediped is hoping to take its charitable giving to the next level with the launch of The Pediped Foundation. Led by co-owners Angela and Brian Edgeworth and Rudy Glocker, the foundation will provide financial support to organizations dedicated to the health, education and basic necessities of kids around the world. “With the start of the Pediped Foundation, we can help even more organizations and make an even bigger impact in the lives of children,” said Angela Edgeworth. The foundation kicks off with a “Purchases with Purpose” fundraiser that will run through Feb. 6. Select styles on Pediped.com have been marked down as much as 50 percent, and half of those sales will be donated to the foundation. Since its inception in 2005, Pediped has given nearly $700,000 in monetary and product donations to children’s charities, including Make-a-Wish Foundation.