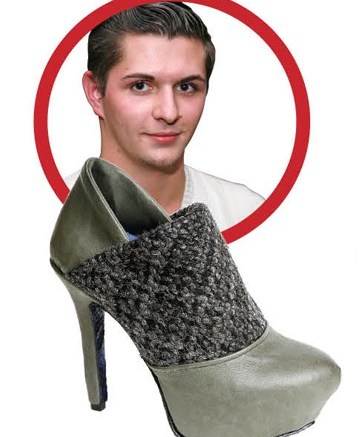 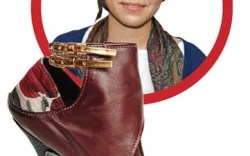 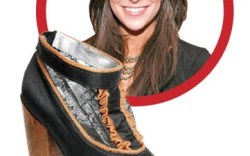 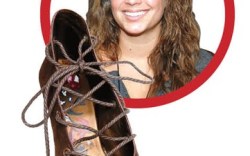 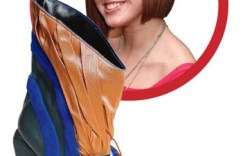 Matthew Ciszek (THE WINNER)
The judges praised Ciszek — the only contestant to incorporate a comfort footbed — for his practical approach to a fashionable shoe.  “I like the simplicity of it,” said Michael Atmore. Though Sam Edelman worried the style might not resonate with a commercial crowd, he commended Ciszek for drawing on his retail background and working it into his design. “It gives him an edge,” he said.

Hyojin Choi
Rebecca Taylor complimented Choi for crafting a simple, sleek silhouette. “[That] was wise,” she said. The strappy sandal “definitely [had] a more elegant thing going on,” Atmore said, but that elegance made the judges think the shoe might look too mature. “I’m kind of mixed on it,” said Sam Edelman.  “[You] have to be careful what you wear it with.”

Rachel Fishbein
Fishbein’s wooden platform paired with satin and lace brought mixed reviews. While Taylor called the look “a nice juxtaposition,” Sam Edelman felt the materials might be too far apart in styling. Fishbein also got help on the heel, prompting Atmore to wonder whether she had too much of an advantage. But other judges saw it as proactive. “She did what was needed to make sure it was executed,” said Libby Edelman.

Keena Fleming
A hand-painted lining won Fleming points with the judges, but the open lacing wasn’t an all-around success. “It wasn’t one of my favorites,” Taylor said. “The lacing was a little bit lost on me.” While Libby Edelman questioned whether the thin wedge would provide enough support for walking, Sam Edelman praised the sleek design. “That heel is a little too thin, but it’s pretty to look at,” he said.

Shannon Ramiza
The risky move to create a convertible shoe didn’t pay off for Ramiza. Though Libby Edelman liked the concept, saying “twofers win all the time,” the other judges wished she had played it straight. “It was a little gimmicky,” Atmore said. Though Taylor understood wanting to wow with multiple elements, she yearned for the shoe Ramiza drafted during the quick-sketch challenge. “This was a departure.”

Maggie Kervick
The first to go, Kervick took a hit for over-styling her high-heeled bootie. “It’s a little clunky,” Atmore said. While Taylor applauded the “3D quality” of the ruffles and textured leathers, the overall shoe missed the mark. “It doesn’t represent the brand,” she said. But there was a bright spot: “She went back and studied [Rebecca Taylor],” Libby Edelman said, noting she was impressed with Kervick’s presentation.