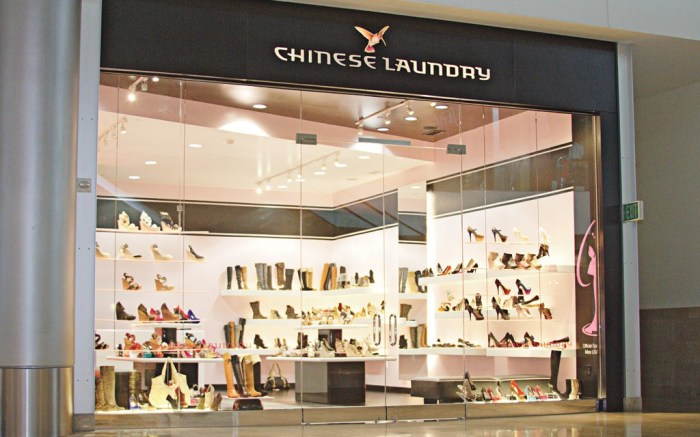 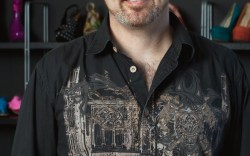 Marc Bernard is out to make Chinese Laundry a retail destination.

Since joining parent Cels Enterprises a year-and-a-half ago, the director of retail operations has transformed the company’s approach to store openings, starting with spinning off the retail division into its own subsidiary, Chinese Laundry Lifestyle LLC.

Chinese Laundry now has four stores in operation: two in Las Vegas, one in London and a shop in Westfield Topanga Mall in Canoga, Calif., the site of its first retail opening in 2008. Now the company is preparing to increase its store base into the double digits by 2012.

“Our plan is to roll out probably four to seven stores [next year],” said Bernard. “Our plan is to get to 10 stores and assess where we are at that point, and then come up with a 30-store [plan], but we’re definitely looking to be at 10 by the end of 2012.”

Before Bernard came on board, the brand’s retail strategy largely revolved around pop-up stores or short-term, one-year leases. But the executive said the company is now investing further in infrastructure and developing an organization to support a permanent retail division.

“When I first started, all our locations were temporary locations,” said Bernard. “Now we’re converting them all to 10-year leases. One-year deals take up a lot of energy to only be open for such a short time.”

But the challenge is finding locations that meet the brand’s strict requirements. For starters, Chinese Laundry is only interested in top-grade locations with favorable leases that can accommodate a 1,000- to 1,400-sq.-ft. floor plan.

While he is looking at malls, as well as street shops, Bernard said that finding the right spot takes time. “Sometimes it’s easy and other times you may wait for years to find the right location,” he said.

However, the firm is no longer limiting itself to locations in Los Angeles and Las Vegas. In fact, it is seeking to expand to Florida, Georgia and Texas. “In the last year, we’ve really gotten our operations down to where we can expand, and we’re starting to look outside the West Coast,” Bernard said. “We are considering the East Coast, but it’s a little further out since we believe product-wise there is a much different mix there. The South fits better with the merchandise mix we have on the West Coast.”

The brand’s stores stock 175 to 200 SKUs, which consist of a mix of items from the wholesale line, special makeups and product tests.

The décor of each store varies based on the location and specifics of the existing store structure, but Bernard said certain elements carry over. For example, the brand’s signature colors — black, pink and white — are always on display, though in varying schemes: Some stores may feature white walls with pink-lit shelving, while others may have pink walls with white-lit shelving.

“We want the stores to look high-end, but still be light and airy, and have a little bit of an edge to them, but not a dark edge,” said the director of retail. “Most [retailers] today are going after a darker, eclectic image, like Abercrombie & Fitch. We’re going after a more modern look.”

Part of that modern aesthetic involves light, and lots of it. “Our stores glow,” Bernard said. “You walk by our stores and you’ll see it’s a bright space. The whole place is lit. It definitely stands out compared with where other [retailers] are going right now.”

For the next generation of stores, Bernard said he is working on smaller freestanding merchandising units for the selling floor, as well as new wall fixtures and window fixtures.

Looking ahead, the exec said Chinese Laundry plans to focus its retail efforts in the States, but given the company’s ability to move fast on emerging opportunities, nothing is off the table. “Our focus is on the U.S. right now, but we’re excellent at taking advantage at anything that comes our way,” he said. “We work very, very quickly.”

And he is optimistic about the future prospects.

“It’s way too early in the game to say, but we’re hoping to eventually get into the double digits percentage-wise [in terms of sales],” he said. “But our goal is to become more of a destination brand. We’re looking to grab our customer and say, ‘This is who we are: We are sophisticated, we’re upper end.”