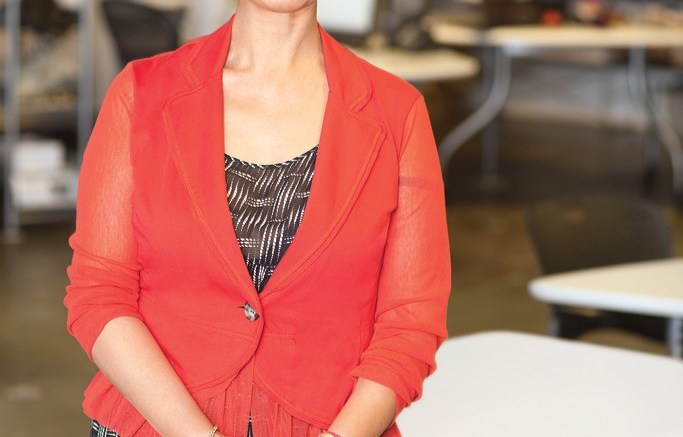 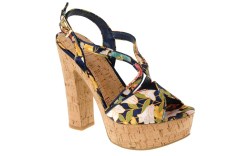 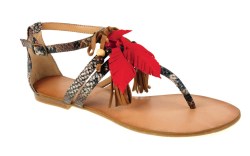 Chinese Laundry parent Cels Enterprises Inc. is known for going against the grain.

For instance, when the economy was diving in 2008 and 2009, the company began a major push for growth, including new ad campaigns, expanded product lines, staff additions and the launch of two new labels: Dirty Laundry and Elise by Chinese Laundry. The firm continues to buck the industry trend, predicting a nearly 20 percent increase in sales this year over 2010, despite a limping economy.

That aggressive approach has been part of the company’s DNA from the beginning. After launching Cels in 1971 as a private-label business, founder and CEO Bob Goldman branched out with the Chinese Laundry brand, and has since expanded with a number of offshoot footwear labels, including the moderate CL by Laundry line, Little Laundry kids’ collection and CL Wash couture offering, as well as the urban Dirty Laundry and upscale Elise brands.

The Right Connections
In spite of its fast-paced approach, Cels’ success is also partially built on maintaining a level of tradition. The private, family-owned company has tempered its innovative strategy with consistency and long-term partnerships throughout its 40-year history, according to Tsering Namgyal, head of the CL by Laundry and Dirty Laundry divisions.

“Of course we’re looking for opportunities based on our growth factor, but our base is constant,” she said. “We’re not changing and moving to new locations; we’ve been doing business in China with the same factories for a very long time.”

In particular, the firm relies heavily on strong partnerships in its private-label division (see sidebar on page 24 for more), as well as within its licensed business, where it has inked deals for everything from hosiery to umbrellas.

Robert Sussman, president and CEO of Chinese Laundry Legwear, has been a licensee for nearly six years, and is optimistic about prospects. “Very few brands are growing right now and we think Chinese Laundry is one of them,” he said.

Peggy Freedman, director of licensing for Aimee Lynn, which produces belts, scarves, hats, jewelry and other items under the Chinese Laundry name, noted that the two companies work closely together. “[Chinese Laundry] is on top of everything,” she said. “They’re very hands-on. They show us the materials for the shoes, and we try to make it into one beautiful, cohesive collection.”

“Chinese Laundry has been a strong collaborative partner,” said Debbie Ferrée, vice chairman and chief merchandising officer for DSW Inc., one of the company’s longtime retail partners. “It is known for bringing exciting and affordable fashion to the customer.”

The Chinese Laundry brands have become an important part of the footwear mix for both Endless.com and Amazon.com. “Chinese Laundry, CL by Chinese Laundry and Dirty Laundry have consistently been top sellers with our customers, especially their pump selections,” said Shelley Salomon, president of footwear for the two e-commerce sites. “We believe this is due to their wide variety in both number of styles and colors, affordability and on-trend selection.”

Likewise, Mike Normart, senior director of brand development at Zappos.com, which has worked with Goldman and his team for more than eight years, lauded the company’s ability to stay on top of the ever-changing market. “They are always ‘spot on’ with fashion trends, which makes [Chinese Laundry] fun to buy,” he said.

Laundry Service
To remain relevant after three decades, the core Chinese Laundry brand has been honing its image, according to the division’s national sales manager, Patti Lauria, who joined the firm four years ago after stints at Macy’s, Sam Edelman and Steve Madden. She said the label is staying committed to tried-and-true moneymakers, such as its flourishing pumps business, but is keeping an open-minded approach to new fashion. That has helped the division boost sales by about 20 percent from last year.

“We’ve carved out our space in terms of volume price points and meeting the consumer’s needs in [regard to] what kind of money she has to spend, as well as putting some product out there that might be a little more expensive, pushing the threshold and the fashion,” she said. “You can meet the aspirational customer’s needs, as well as those of your traditional, basic customer.”

Chinese Laundry’s store opening last year in London introduced the brand to international customers. “With that partnership also came a wholesale distribution deal in the U.K., which has been phenomenal,” said Lauria. “We have [distribution arrangements] in Canada and Australia, as well. It has been really important to us to go global.”

She added that her group is looking at future partnerships for Mexico, Central and South America and Eastern Europe.

Latest Issues
But the wholesale divisions are facing some new hurdles, namely retail consolidation. “For everyone who’s a wholesaler right now, the big thing has been all of the brick-and-mortar merchants coming into single regional buying offices and absorbing all stores into one single location in terms of purchasing,” Lauria said. “That has been a challenge because when people go regional, [it’s tricky] to make sure you’re putting the right product out nationwide and meeting the needs of your consumers.”

Namgyal noted that sourcing pressures are having an effect on the business as well, as all the Cels divisions work to maintain price points and create approachable, versatile styles on a mass level.

“We have to get the item right,” Namgyal said. “We deal in big-quantity items, so we have to make sure we don’t make any fashion mistakes. Our mistakes are not small. … We have to deliver very good gross margins.”

So far, the firm is succeeding. Namgyal noted that her divisions, like the others, are up for the year, and in the case of Dirty Laundry, “the sales are exponential. It’s probably the highest percentage growth, although you’re looking at smaller numbers.”

She added that looking closely at materials and pattern cutting to find the most efficient approach has helped give CL and Dirty Laundry an edge by keeping costs under control. “It takes a lot of planning, careful research and being very disciplined in [regard] to what materials we use.”

However, Namgyal noted, the challenging economy might actually be helping to fuel the company’s overall growth. “Affordable fashion is actually in style,” she said. “There’s so much doom and gloom around, but [I’m] optimistic. I see a really bright future.”