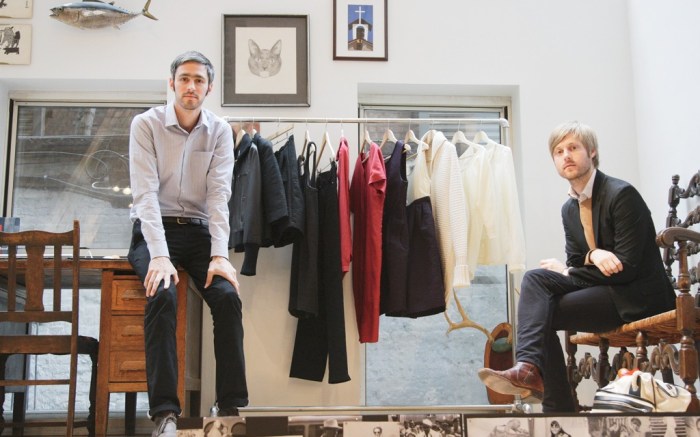 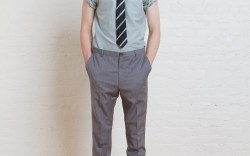 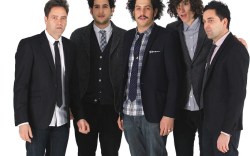 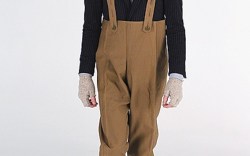 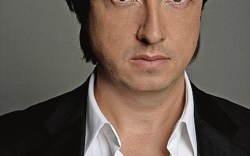 When Rupert Sanderson decided to step outside his comfort zone of evening heels and make saddle shoes for women, he had no idea that would become his first men’s style.

The British footwear designer viewed the 2009 debut of his Saddled O’s as a sociological experiment: Give a free pair to 50 of the most influential women in the U.K. art world and monitor the result. He hoped to create a trend among a stylish group, but he got a lot more than that.

“Suddenly, all these women were wearing them at once,” said Sanderson. “But one of the effects it had was that men wanted a pair as well. So we started making them in men’s sizes.”

While Sanderson turned to the men’s market as more of a novelty, other high-end designers are following suit by offering small footwear collections for guys. United Nude, Yigal Azrouël, Shipley & Halmos and Bespoken have all launched men’s shoes this year. Gianvito Rossi will debut two sneakers and a loafer for spring ’12.

Renewed life in the men’s footwear market provides fertile ground for such introductions. But what’s the point of launching a new category in such small numbers? The reasons, Footwear News discovered, are as varied as the collections. But in all cases it’s about more than money.

Sanderson said he is meeting a demand. Others said they are expressing themselves artistically, realizing a dream and carefully laying the groundwork for a larger offering.

“[We don’t have] too many pieces since we’re just testing the men’s market,” said Rem D. Koolhaas, creative director and co-founder of United Nude, which launched three men’s styles for spring ’11 but has increased each season, with six available for spring ’12. “We make shoes that we would like to wear.”

The category addition, however small, is also a way to expand a brand’s identity, to be not just a men’s apparel label or just a women’s shoe company.

Shipley & Halmos, for example, primarily a men’s clothing line that started in 2008, launched three men’s shoe styles for fall ’11 to complete its customers’ wardrobes. A fuller accessories line is planned for spring ’12.

“We wanted to keep [the shoes] focused so the production numbers were not 20 [styles] right off the bat,” said Jeff Halmos, co-owner of the label. “I don’t think we could have supported something like that from a production standpoint.”

Similarly, men’s apparel label Bespoken has expanded steadily since its founding in 2008. The owners had worked with Grenson for runway shows, but they felt a fall ’11 line of three shoe styles would complement the brand’s menswear, said co-owner Paul Goncalves. Bespoken turned to U.K.-based firm Kurt Geiger to develop the shoes and then landed footwear accounts with Harrods, Selfridges and Liberty. The brand is now seeking U.S. retailers.

But Goncalves recognizes such a small launch comes with a few issues.

“The challenge in footwear is that in a department store, it’s going to sit separately from the [apparel],” said Goncalves. “And we’re still in the midst of establishing ourselves and generating awareness for the brand.”

Such trials are the same for any brand that chooses to start small, and indeed, experts said mini collections can be both helpful and harmful to building a brand’s footwear profile. If designers have the “it” shoe of the season, ample choice won’t matter. And when high-profile retailers pick up even just one style, there is a prestige factor that can be very beneficial. But if buyers want more options, that’s a different story.

“If retailers want to edit at all, it can be challenging,” said Robert Burke, president and CEO of luxury consulting firm Robert Burke Associates. “It becomes more difficult than if they have four or five styles and you can make an assortment with multiple colors. You can actually sink your teeth into it and start to have a business.”

And, in general, persuading retailers to buy something new can be tough, especially with a small, expensive line in this economic climate.

“At the end of the day, it’s all about margin: high sell-throughs and low markdowns,” said Monique Umeh from trend forecasting firm Stylesight. “A lot of retailers are afraid of the liability. That’s really going to be the challenge with smaller groupings.”

Celebrity stylist Maryam Malakpour, who makes Newbark shoes with her sister, Marjan, has learned a lot about placement in the two years since the line debuted. While a men’s offering has always been part of the brand, the duo felt they could only successfully market and sell women’s product from the outset.

“We had to really concentrate on one [category] first to get ourselves launched and understood,” said Maryam Malakpour.

The brand’s slipper-like line started with one slip-on style on Net-a-porter.com and is also sold at boutiques such as Blue & Cream. The designers have added a split-sole style for men and women, and a loafer and boot are now available for women. Malakpour said she would like to make those two styles for men next.

“Being a small company that is very artisan and handmade, we are taking the growth and movements very slowly so we can make sure we aren’t overdoing it,” she said. “The way we’ve been moving with [men’s shoes] has been successful, but in a small way.”

To be sure, measured success is often good enough as these brands get started with footwear. Credibility in the market and celebrity fans may be just as valuable as wide profit margins.

“We always take great pride in working with great mills — we don’t go outside Europe for manufacturing — so it’s not like we are dealing with significantly high profit margins,” said Bespoken’s Goncalves. “It’s more about maintaining the integrity of the brand and building on the foundation we’ve created so far.”

And experts said designers shouldn’t expect that launching men’s shoes in such small numbers will be very lucrative at first anyway. In fact, with many of the lines made in Italy, production costs are high, and sell-throughs aren’t guaranteed.

“In the beginning, they know they are going to take a loss until they can start establishing the brand and eventually grow the brand,” said Stylesight’s Umeh. “But it is the right thing to start small.”

That’s especially true for men, said designers. Knowing that male and female customers shop differently, most designers said they don’t believe men even need the level of choice offered in the women’s category.

Gianvito Rossi took that into account when planning his men’s launch for spring ’12. Rossi, son of Sergio Rossi, bowed his namesake women’s label for spring ’07, but when it came to his men’s collection, he decided less is more.

“It’s only three styles because it’s intended as a [classic selection]. And in men’s, in the end, the styles are not so many,” said Rossi. “We are much more restricted in our minds than women are with shoes.”

Shipley & Halmos also focused on basics for its shoe line, which will grow to four styles for spring ’12.

“We’ve got a few staples in our apparel collection that we’ve been running for several seasons in a row, and we want to try to build a couple of [staples] into the shoe category as well,” said Halmos. “The oxford, [for instance], will carry over for spring.”

Such a selling strategy takes some of the risk out of a tough retail environment. Burke said this is a model that could become more popular going forward — and that’s a positive thing.

“It’s good because it’s allowing brands to experiment in new product categories, and it gives retailers something to buy. It diversifies the offering and gets the name out in a new and creative way,” said Burke. “And it’s good to see the men’s shoe assortment not being dominated by the established designers and companies.”