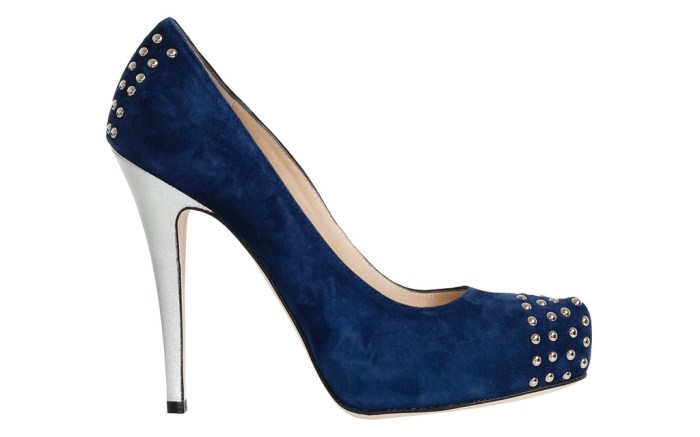 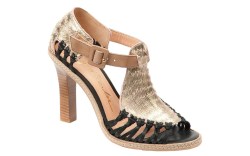 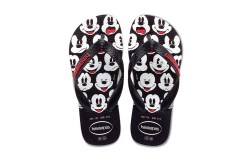 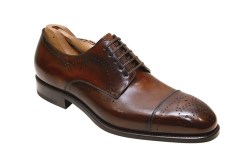 Solo Project
Ryan Haber is going solo for spring ’12. The designer, who previously worked for BCBG Max Azria and Steve Madden, will unveil the Ryan Haber Collection, a luxury line that’s made in Italy and retails for $450 to $700. The debut Alter Ego collection features a variety of strappy sandals, pumps and booties, and includes the Vanderpump, a collaboration with Lisa Vander Pump of “The Real Housewives of Beverly Hills.” Haber said he takes inspiration from architecture and adds details such as metal studs, chrome plating and Swarovski crystals. Distribution for the brand will be exclusive, targeted first to independents and then department stores and online retailers.

Cultural Anthropologie
Brazilian designer Luiza Barcelos is expanding her relationship with Anthropologie. Barcelos, whose eponymous women’s label first partnered with the retailer two years ago, has created three spring footwear styles just for Anthropologie. The collection is inspired by Brazilian cultural events and takes a cue from the baskets created in Brazilian cities Caiana and Brejaúba, incorporating woven details and earth tones with metallics. Barcelos said the exclusive collaboration was born after the brand met with store execs during FN Platform in August. “Anthropologie has a very specific style,” Barcelos said. “[Our collection] not only offers shoes that fit their brand but we’re also excited to work on specific projects for them.” The shoes, which retail at $228 to $268, will be available starting Jan. 5.

Walk Disney
Havaianas has partnered with The Walt Disney Co. for spring ’12, offering 17 styles of men’s, women’s and children’s flip-flops printed with iconic characters such as Mickey Mouse and Tinker Bell. Price points range from $19 to $28, and the shoes will be available at Kitson and Bloomingdale’s, and on Havaianas’ e-commerce site starting in March. “We were inspired by the heritage of Disney’s iconic characters and developed an upscale fashionable take on their classic designs, not only paying homage to them but also injecting Havaianas’ style knowledge and creativity,” Carla Schmitzberger, director of parent company Alpargatas, said in a statement.

Getting Crafty
Salvatore Ferragamo launched this month a new collection of men’s handmade and hand-painted shoes, called Tramezza Special Edition. The limited-edition, seven-shoe line comes in four colors and retails from $1,750 to $2,050 for calfskin, and $8,950 for alligator. Each pair takes more than three weeks to make. The line is meant to show the Italian craftsmanship that the brand has become known for during its 80 years. A selection of Tramezza belts also are available, as well as four hand-wrought buckles. The line is now sold at Salvatore Ferragamo flagship stores and at directly operated boutiques worldwide.