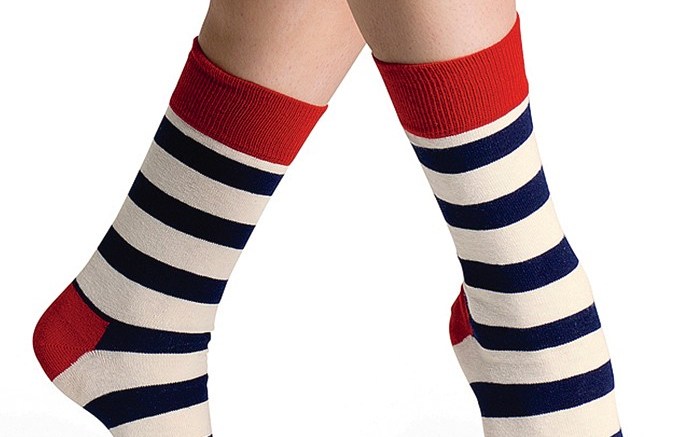 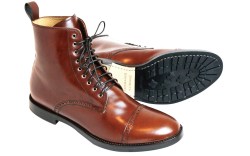 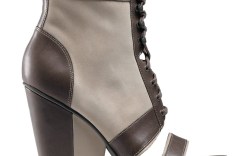 Delivering Happy
Call it a happy union. Stockholm-based socks and hosiery brand Happy Socks has partnered with United Legwear Co. as its exclusive U.S. licensee and distributor. Design will remain under the control of Happy Socks creative director Viktor Tell. Happy Socks’ main and seasonal collections will be housed at United Legwear’s showroom in New York. Launched in 2008, the brand sells combed cotton socks, hemp socks, knee highs and fashion tights, available in a variety of novelty colors and designs at retail prices ranging from $12 to $25. It is sold in more than 50 countries, including the U.S., where it is available at American Rag, Benjamin Lovell Shoes, Nordstrom, Opening Ceremony and The Tannery in Boston, among others.

Boot Bow
Brooklyn Bootworks launched a three-style men’s line at Project in New York last month. Founders Jess Draper and 19-year footwear veteran Mike Chamberas are focused on offering premium, vintage-inspired footwear for “urban performance.” The three boots — each named for neighborhoods in Brooklyn, N.Y., where the brand is based — include two lace-up models and one Western-inspired biker, each in different colorways and leather varieties. The made-in-Italy line also features double-sewn Goodyear welts and Vibram outsoles. As for the name, Chamberas said it came from the borough’s vibrant scene. “We feel Brooklyn itself is a brand, with art, trends and fashion,” he said. “We felt it had some appeal and we could leverage that.” Retail prices range from $350 to $450, with delivery slated for November. Going forward, the brand will expand into shoes and begin some sourcing in the U.S.

Joining Forces
This spring, Goleta, Calif.-based Tsubo will debut New Creatives, an ongoing program that blends the brand’s comfort heritage with designs from emerging talent in the ready-to-wear world. To start, a capsule collection of women’s shoes was developed in collaboration with Timo Weiland and Alan Eckstein, the creators of the women’s and men’s apparel line Timo Weiland. The duo’s interest in European history, travel and dapper dressing set the stage for the spring ’12 offering, which is inspired by the romance of an Italian military commander and the daughter of an Italian seamstress during the 1930s. The three styles — a flirty flatform and two military-inspired demi-wedges (one shown at right) — will be featured during New York Fashion Week next month. Set to deliver in January, the shoes retail for $160 to $260, and will be targeted to stores that carry the apparel and independent shoe shops. The line is available through Tsubo and Timo Weiland in New York.