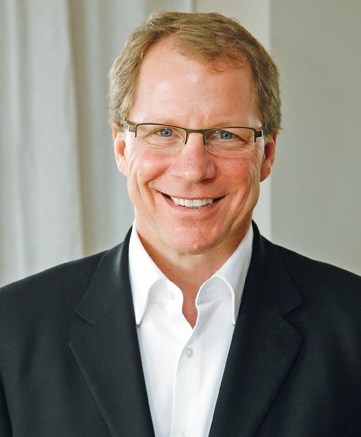 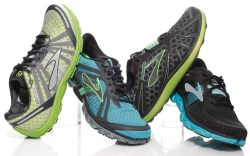 NEW YORK — Brooks is staying on the attack.

The Bothell, Wash.-based running brand hit a major milestone earlier this year, when Leisure Trends data showed it had achieved 26 percent market share and the No. 1 position in the channel for the first time.

“We’ve hit the tipping point,” said CEO Jim Weber. Last year the brand grew top-line sales by 19 percent to $240 million. This year, it is on track to exceed $300 million, which will move Brooks closer to Weber’s goal of hitting the billion-dollar mark by 2020.

This fall, the brand will launch an ambitious product line that should help it capitalize on runner interest in minimalist footwear.

Called Pure Project, the four-shoe collection introduces new Brooks technologies designed to provide a close-to-the-ground feel and encourage a biomechanically efficient gait. Features include a split toe for flexibility and push off, a heel groove that promotes alignment and an elasticized band that secures the arch and keeps the midfoot locked into the shoe.

Developed using extensive consumer research conducted with consulting firm Idio, the Pure Project shoes are meant to be intuitive and understandable in function. Weber said that should help the product catch on at less service-intensive, younger-focused sporting goods stores.

“We know [Pure] is going to resonate at the runner level and help us address a younger consumer,” he said.

The shoes will launch in October with four main partners: Dick’s Sporting Goods, Finish Line, Sports Chalet and Nordstrom. It is part of a plan to increase growth outside the specialty channel by 40 percent to 50 percent in the coming year, Weber said.

But the collection is expected to gain traction in specialty stores, too, where Weber forecasts 20 percent year-over-year growth.

And retailers in the segment said they are bullish about Brooks’ new direction.

Doug Smiley, footwear buyer for the Boston-based City Sports chain, said Pure Project — which the chain will stock in all 18 of its stores in October — was a big opportunity for the brand to speak to an emerging market segment.

“We knew there was a huge space for people who are interested in the [minimal] concept but were maybe a little hesitant to go too extreme,” Smiley said. “This [could be] a collection that speaks to a lot of different runners. … When you look at the aesthetics and the colors, they’re really pushing the envelope. And you can’t underestimate the performance of the shoes.”

Kris Hartner, owner of Naperville Running Co., said Brooks has steadily grown its market share at his Naperville, Ill.-based shop. The brand could “bring some excitement” into the traditionally slower fall season, he added.

Hartner, like many retailers in the independent channel, said he is somewhat wary about Brooks’ plans to push more heavily into sporting goods. “We like to have things that are unique, and in our ideal world, they would only sell to running specialty, but that’s not the reality of business,” he said. “But they’re being upfront and doing it in a good way.”