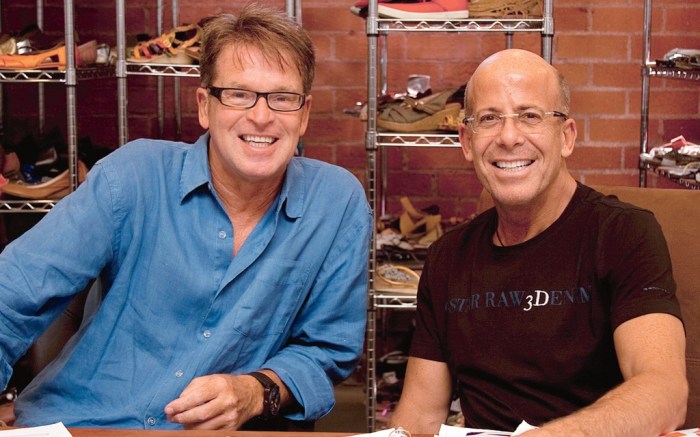 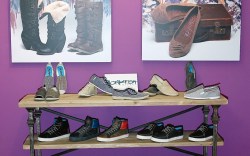 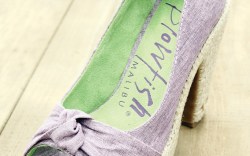 Blowfish Malibu is growing up.

Since the California-based brand was founded in June 2006 as a beach-ready juniors’ line, the company has expanded to include kids’ shoes and just launched men’s this fall. Next year, Blowfish will unveil a women’s line for spring, debut handbags and open its first two branded locations in its home state.

“We now have several products under our belt, and we could easily grow 10 percent to 15 percent each year for the next three years,” said co-owner and President Don Weiss, who previously worked in sales for brands such as Steve Madden and Rocket Dog.

To reach that goal, the brand will launch women’s line Fugu, which is Japanese for “blowfish.” Prices will range from $69 to $99, compared with $20 to $60 for the core label. The collection, which uses higher-quality materials for a slightly older consumer, will target department stores such as Bloomingdale’s, Belk and Nordstrom.

“We’re a juniors’ shoe company, and this is a more sophisticated line,” said co-owner and designer Stephen Hoyt, who previously worked at Sam Edelman and helped launch Rocket Dog, where he was reunited with friend Weiss. “It has our DNA, but the price point hits a different financial category. [It’s important] to mix it up.”

Current accounts for the main line include Shoe Carnival, Bakers and DSW, as well as a variety of independents retailers.

Bakers has stocked the line since its debut, and has seen the brand grow each year, said CEO Peter Edison. “Customers love the comfort, [as well as] having a cooler, more unique alternative to many of today’s street athletic brands, and it crosses many age groups and types of footwear,” he said. “We have found their team to be creative, supportive and flexible in working together with us to build the Blowfish sales volume in our stores.”

International accounts, which make up about 25 percent of business, will continue to be a focus. Key areas for the brand include the U.K., Germany and the Netherlands. Blowfish also plans to enter the Asian market in 2012.

With the planned women’s debut and the expansion of men’s line Monkfish — which launched this fall at Office Shoes in Europe and will enter the U.S. market for fall ’12, Weiss said the time is right to open two branded stores in Santa Monica, Calif., and Culver City, Calif., next year. “[Stores will help] grow the brand recognition and make it more of a household [name],” he said.

The company also is building its portfolio with outside manufacturing. Blowfish produces private-label shoes for retailers such as Aldo, Kohl’s, Target and Sears. But that side of the business is not a major focus. “It isn’t the mainstay of our life. Our ambition is to grow the [Blowfish] brand,” said Weiss. “It was an opportunity to give factories in China big orders [that we otherwise] might not have had enough clout [to place].”

Overall, a large part of the company’s progress has come from word of mouth. To date, Blowfish has never run a major national ad campaign, but instead focuses on social media such as Facebook, Twitter and the brand’s blog. In the past year, its number of Facebook fans increased to 40,000 from 3,000.

E-commerce also has assisted with growth, and starting next year, the company will sell its kids’ line, Guppy Love, on its website.

Moving forward, the brand is in search of a licensing company to assist with the launch of handbags and socks in 2012. And because of its steady expansion, Blowfish will move its headquarters from Santa Monica to a larger space in Culver City next year.

“We’ve been spoiled by our growth, so we’re going to take it slowly,” said Weiss. “But I’d like to see [sales double to] $100 million [eventually].”