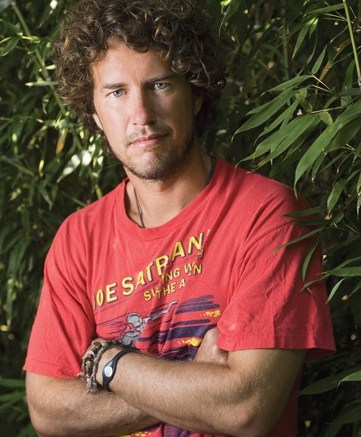 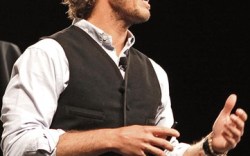 Blake Mycoskie built a business riding waves of adoration from the public and the press, but the Toms Shoes founder learned last week the tide can change quickly.

Mycoskie, a regular on the speaking circuit, ignited controversy after headlining an event in Irvine, Calif., for Focus on the Family, a right-wing religious group that has railed against gays. As word spread of the speech, which occurred on June 30 and is slated for radio broadcast, the blogosphere lit up, with angered fans calling for a boycott of Toms merchandise and demanding the young entrepreneur explain his decision.

“When I accept an invitation for a public speaking engagement, my purpose is to share the Toms story and our giving mission,” Mycoskie told Footwear News in an exclusive interview. “In no way do I believe this means I endorse every single aspect of that organization. That may be naïve, and you may disagree, but it is my sincere belief.”

Mycoskie, notably humbled and embarrassed by the scandal, said a “series of mistakes” led to the misstep and that going forward the five-year-old company would implement a more-thorough vetting process.

Despite the public outrage, Mycoskie and retailers said business hasn’t been hurt.

Tarek Hassan, co-owner of The Tannery, said sales of Toms Shoes continue to be healthy and growing. “Sales have not been affected at all,” he said. “I don’t think Blake was aware of who he was dealing with. I’m sure if he knew the beliefs of Focus on the Family, he wouldn’t have accepted the invitation to speak. I will tell you this, what he is doing is way more powerful than making one small mistake. Everybody makes mistakes.”

Meanwhile, Nordstrom took a more measured stance. Tara Darrow, a spokesperson for the retailer, said, “We have a great relationship with Toms and will continue our partnership with them as long as our customers ask us for their products. This speaking opportunity was a personal commitment of Blake’s that we had no involvement with.”

Mycoskie, who turned Toms into a global do-good phenomenon by giving away a pair of shoes for each one sold, said the last few days have been hard for him and that the firestorm is disrupting the company’s efforts.

Here, he explains the big blunder, the backlash and moving beyond it.

How have you been handling the last few days, both professionally and personally?
BM: They have been some of the hardest days of my life. I’ve done more than 70 speaking engagements in the past two years and did not look at this one as any different. Unfortunately, some people assumed that my participation in this event was some sort of endorsement, but it was not. And as a result of that assumption, and a lot of really hurtful blogs and comments from people assuming things that weren’t true, I offended people and hurt people who I work with and who I love. It saddened me very deeply.

When did you realize this event was going to become an issue you needed to address?
BM: It was on Friday, July 8, when the first blog post hit. I turned my cell phone on and all of a sudden I had a bunch of texts and emails from people saying, “What’s going on?” I guess on some level they responded to seeing such hurtful and mean things being written and assumed about me, based on a speaking engagement. I want to be very clear — it was not an endorsement. Also, many of my friends and many in the diverse group of Toms employees reached out to me immediately, saying, “Blake, don’t worry, we don’t believe any of this. We know who you are and this is just people trying to lure you into an issues debate. Don’t take it personally.” It was a very horrible experience. And I guess, if there is any silver lining in it, [it was] to see I was immediately reached out to by many friends and co-workers and people in the industry who saw through it. This is the first time I’ve been attacked in my life for anything. I took it much more personally than I probably should have.

FN has covered you since the launch in 2005. Do you think that as your company grows and your profile rises, you risk more scrutiny?
BM: Unfortunately, once you are more of a public figure, people will try to use you in a way to push their objectives and try to put words in your mouth that you never said or did, and that was a very unfortunate thing I’ve had to experience the last couple of days. I started Toms with a really simple desire, and that is to serve those in need. One of the reasons, frankly, this has been so difficult for me, to put it in one sentence, is that the thing I’m most proud of is that our company and our community are extremely diverse. I don’t think you can go on the street and see so many different types of people with different religions and different backgrounds and different ethnicities wearing the same shoe. And when you ask them why they’re wearing it, they say they get to participate in helping a child’s life. And that is the thing I am most proud of and excited about, so to have that celebration of the diversity of Toms and its community and our employees judged in a way that wasn’t true, that was so painful.

What’s the vetting process for your speaking engagements?
BM: First off, we’ve learned a lot. We’re a young organization. Even though we’ve grown a lot, we still have a lot of young people working directly with me and directly with marketing and communications. There were definitely mistakes made in this process, and we’re going to be addressing them. To answer your question about our criteria, the only criteria we’ve ever used in the past was whether something was an opportunity to spread our Toms story. This is definitely a great lesson learned, but I’m not proud of it. There really hasn’t been [thorough vetting] in the past, it’s been more opportunistic, [thinking] here is a chance to speak to 2 million radio listeners, let’s do it.

You’ve said it publicly that this particular event was a mistake. Is there one part that stands out?
BM: I don’t think there was one mistake; there was a series of mistakes. I would never want to take Toms or myself into an issues debate. That’s not what we’re about. We’re about helping people. That’s not what happened here. Looking forward, if certain members of the public and media are going to say that anytime I speak and tell the Toms story that that is a potential endorsement, then we’re going to have to be much more careful.

On your blog, you had been writing back to people. But when someone warned you about this engagement with Focus on the Family, there was no response. What happened?
BM: Let’s just say Toms has made some mistakes — big mistakes — internally and externally. Like I said, we recognize that and we’re putting in some processes and protocols that weren’t in place so it doesn’t ever happen again.

What are some of those protocols? How will you vet these potential engagements differently?
BM: Right now, I’m just trying to get through this recent horror. Frankly, I’m going to be consulting some really great experts in this area to help me figure out a plan to make sure this doesn’t happen again. But I can assure you and every single person who has ever supported us that … Toms will become a better, well-managed and stronger organization because of it.

Many of the blogs have been tough. Has there been any impact on business?
BM: No. There have been very few bright points in my life for the past six or so days, but one of them has been the unbelievable support from retailers and partners. That’s been the case because I have been very involved in the business, and I have personally built very strong relationships with these people. When you do that, people get to know your heart and who you are as a human being, and when they read something that is vicious or negative by someone who has never met me before, they have reassured me that they know who [I am] and what Toms is about.

Who have you been speaking with in the footwear industry?
BM: I haven’t spoken to people myself. I have only spoken to our head of sales, who has received comments and feedback from different people. I don’t think she’d feel comfortable saying who she has or hasn’t heard from, but she has assured me that it has been very positive.

Did this experience make you angry?
BM: Mostly I was just hurt. I have never been attacked like that before. I was hurt that the attacks would potentially be misconstrued and hurt the feelings of the people I work with and I love and I support every day.

Have you ever turned down a speaking opportunity?
BM: We get lots of offers to speak and, because of my schedule and running the business, we have to turn down engagements.

You’ve built a large gay following. Is there anything you’d say to clear the air?
BM: It’s just that I have and always will believe in equal rights for everyone, regardless of your beliefs, religion, sexual orientation. We are all human beings and I believe that we all should have equal rights.

Is there any sort of gesture people are encouraging you to make?
BM: At this point, I’m trying to get through this. But as you know, when you’re in the fire, it’s hard to have really deep reflection time. So one of the things I’m looking forward to — and it is very serendipitous that this is happening — I’m about to leave for a scheduled shoe drop in Honduras. I’ve never been so excited to get back to what I love and what this company started with.

How will this impact your Sept. 6 book launch?
BM: In looking at everything that I have unfortunately been reading, which is probably a mistake, the story seems to be dying down. I’ve made very clear statements about how this happened and I will put out another statement in the next couple of days further clarifying and hopefully bringing some closure to this. I hope people will see that it was never my intention and I will never let it happen to me again, to be dragged into an issues debate that I have no desire to be a part of. Hopefully this book will be a celebration of what has happened in the last five years both at Toms and for a lot of other social entrepreneurs in the book. I hope people will focus on that.