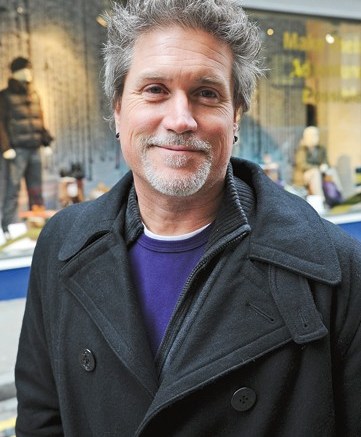 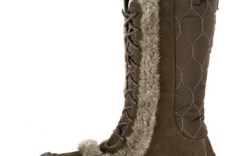 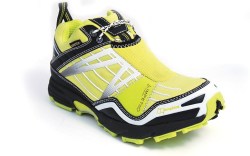 Don’t know Berghaus? Barry McGeough wants to change that in 2011.

Berghaus, the Newcastle-upon-Tyne, England-based outdoor brand known for comfortable, hardwearing hiking boots, has been making footwear since 1993. Under McGeough, the American footwear industry veteran who joined the firm as global head of footwear and equipment in 2009, the top-selling U.K. brand is seeking to dramatically increase its footwear offering and expand its share across the globe, including a big push in the U.S.

“We are a global brand selling everywhere else,” said McGeough. “The U.S. is a blank canvas on which we can establish Berghaus in footwear as a key, technical, go-to outdoor brand.”

Founded as a retail store in 1966 by climbers and mountaineers Peter Lockey and Gordon Davison, Berghaus started producing rucksacks in the early 1970s and added footwear after Pentland Group Plc acquired the brand in 1993. Today, wholesale accounts for 80 percent to 90 percent of the business, with footwear making up 6 percent. But McGeough aims to increase that number to 20 percent in three years.

He’s so confident that he expects big increases in 2011. “The business since I started is up 90 percent, and the growth has come from the hiking and outdoor sports categories,” he said. “[Footwear] stands at sales of 150,000 pairs per year, and my goal is to get it up to 500,000 pairs in two years.”

That target works for Pentland. “Footwear is a growth category for the brand,” said Andy Rubin, CEO of Pentland. “We believe there is significant potential to grow the Berghaus brand in all categories, including footwear, apparel and equipment globally over the next few decades.”

Rubin is looking to McGeough to do for Berghaus what he did at The North Face. When McGeough started at North Face footwear in 2006, it was not considered a technical shoe player and had sales of footwear amounting to $65 million. Within three years, McGeough almost doubled the shoe business to $120 million.

To build Berghaus, McGeough said the brand is focusing on technical gear. One of the first moves was to set up a development center in Dongguan, China, which was completed in October. The center houses an 11-person staff responsible for all technical development. “Product has to do what it says it will. The only way to fulfill the brand promise is to fulfill it technically,” McGeough said.

In addition to using trusted materials from Vibram, Gore-Tex and PrimaLoft, McGeough plans to build a collection of proprietary technologies. The Opti Stud sole — an omni-directional, multifaceted lug configuration that gives shoes enhanced traction — debuted in 2004 and is now Berghaus’ key technical patent and applies to all categories. “What we’ve done is take that concept of stability and security on even surfaces and develop technology in different platforms, so, for example, for shoes worn in icy conditions, properties will be ice-specific,” said McGeough.

Appealing to female shoppers is also a priority. At the moment, the brand does 60 percent of its sales in men’s product, but to make it more appealing to women, McGeough has reworked the unisex styles and made female-specific lasts and colorways for spring ’11.

To help realize its goals, the brand brought on Damon Butler, whom McGeough met at Deckers Outdoor Corp. in 1997, as a consulting designer. Butler, the principal behind Portland, Ore.-based Biped Design, has worked in Adidas America’s outdoor department and for Teva and Ahnu.

Berghaus retailers in the U.K. have already noticed increased attention to product development and technical innovation in footwear. “The men’s Explorer Trek and the women’s Explorer Ridge fit straight out of the box from day one. They meet the demands of walkers who replace Berghaus with Berghaus,” said Rab Ferrell, GM of Nevisport, which has a chain of 14 outdoor stores across the U.K.

Adrian Plumb, senior equipment buyer at the Edinburgh, Scotland-based outdoor chain Tiso, also cites Berghaus as one of the store’s most popular brands. “We buy two boots: the Explorer Ridge and Explorer Trek,” said Plumb. “Trek, which we’ve been selling for many years, has had a few tweaks over the last couple of years. We still sell it in volume, and it is keenly priced.”

Berghaus runs four branded locations in the U.K., in London, Newcastle, Manchester and Bristol, where a 1,800-sq.-ft. shop opened in September. And while 70 percent of the brand’s business comes from the U.K. (with an additional 20 percent from other parts of the

European Union), Berghaus is ready to broaden the reach. Asia is its fastest-growing market, with the remaining 10 percent done there. The company recently added wholesale accounts in China, Taiwan and Japan, and has 50 Berghaus stores in Korea. Last year, it started distribution in Russia and India, and in early 2011, will open a German subsidiary and a joint-venture company to service the Nordic markets.

In the U.S., Berghaus footwear has sold for the past four years to Paragon Sports in New York, where it retails from $80 to $150. The brand also will target outdoor specialty chains, independents and select sporting goods stores, as well as e-tailers such as Zappos.com.

And while it won’t be easy, McGeough said he’s confident the brand can reach its goals. “The outdoor space continues to become more crowded,” he said. “Business is tough, and retailers are cautious. But retail sales seem to outstrip conservative buying patterns, and we are seeing retailers chasing inventory. It’s actually a virtuous cycle leading to actual growth.”