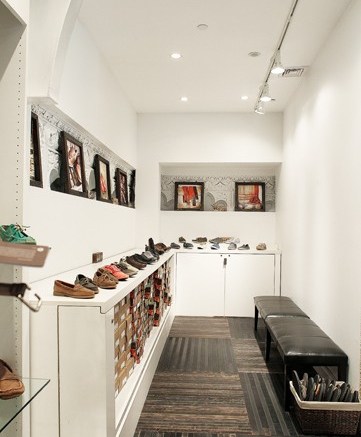 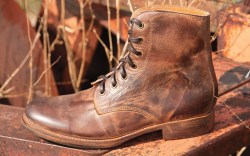 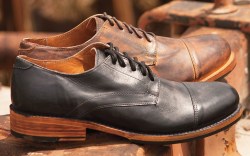 Bed Stu is coming off its best year, and the indie company is looking to top that in 2011.

“It’s been a spooky and scary time in this country, but we haven’t felt the impact,” founder and creative director Roger Orozco said about the tenuous economy. “We’ve grown every year since our [inception in 1995]. It’s been a steady and organic growth.” In fact, he added, sales were up 20 percent in 2010, with another 30 percent increase expected this year.

With numbers like those, Bed Stu bowed a New York showroom this spring, followed by a pop-up shop, which opened this month in Manhattan’s Limelight Marketplace. And fall ’11 marks the debut of the upscale Limited Edition Cobbler collection for men, retailing from $400 to $800.

The vintage trend has been a boon for the men’s and women’s brand, known for shoes and accessories with an old-world feel. “We want to make [shoes] look worn or used,” said Orozco. “This effect is in most things we do.”

An abundance of vintage product in the marketplace has driven the company to stay fresh. “We’re not alone anymore,” he said. “The competition forces you to keep alert and innovating.”

Materials remain the company’s point of distinction. “If the cow scratches against a pole from an itch, we see it on the hide and we use it,” said Orozco. “It’s challenging and difficult to do. We work with the leather as the critter donated it.”

Any finishing of the leathers is done at the factory rather than the tannery, said Orozco, including washing, hand rubbing and staining treatments.

The new Limited Edition line, produced in Mexico, joins Bed Stu’s growing product stable, which includes the $80-to-$150 core line, made in Asia; and the long-standing Cobbler series of handcrafted looks, priced from $200 to $400. The original Cobbler range features signature elements such as pegged leather outsoles, while the new line boasts handcrafted touches and only 72 to 100 pairs per style.

“This [new] collection is more for creative expression than mass market,” said Orozco. “It’s something special we plan to give our customers each season on a limited basis.”

The Tannery in Boston has already jumped on board. Co-owner Tarek Hassan, whose stores also carry Bed Stu’s core line and Cobbler collection, said, “Limited Edition’s prices are on point for their quality and [styling].”

David Zaken, owner of David Z, said the core Bed Stu collection resonates with men in their 20s and 30s looking for masculine footwear. “[The brand] was on the top of the [vintage trend] from day one,” he said, noting that boots remain the main attraction. And, he added, the series’ moderate price points contribute to its appeal.

In addition to its iconic vintage boots, Bed Stu offers dressy oxfords for men and wedges for women in its core offering. While the brand has always catered to both genders, Orozco admitted not enough attention has been paid to the women’s selection. As a result, the category accounts for only 30 percent of sales.

But now the company is expanding with additional feminine styles. “There are more lasts and shapes for gals — heels and wedges with a vintage feel,” said Orozco.

Lemon Grass, a men’s and women’s boutique in Amelia Island, Fla., reported strong sales of women’s product for the brand. After seeing success with a women’s boat shoe for spring ’11, buyer Phoebe Kromann said she will introduce boots for fall, followed by wedges, sandals and slides next spring. “The kick-ass urban company fits our eclectic unique mix,” she said.

With a strong presence in the U.S., Bed Stu has now set its sights on global expansion, establishing distribution in Italy, Germany, France and the U.K. International sales account for 5 percent to 10 percent of total sales. “It’s promising,” said Orozco. “We could double our business [overseas] every year over the next five years.”