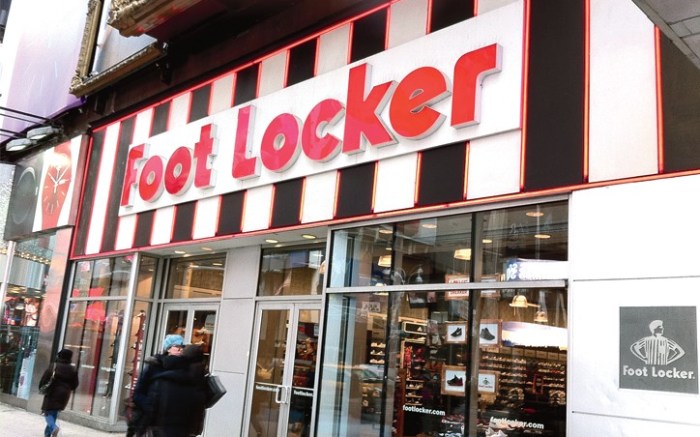 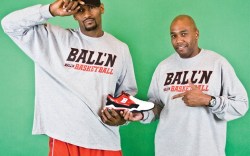 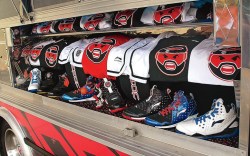 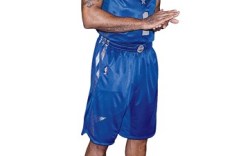 NEW YORK — Basketball is back in the game.

Increased consumer demand and some new brands are revitalizing the category, which is expected to get an added boost this weekend from the NBA All-Star Game.

“There is much more interest lately in basketball product,” said Finish Line’s VP of footwear, Jeff Morrell, noting there has been buzz around the NBA. “Obviously, any time people are talking about the sport it results in a positive feeling around the category and all things basketball.”

According to data from SportsOneSource, footwear sales in the basketball category grew 10 percent last year, compared with a 7 percent increase in 2009. Sales declined 4 percent in 2008.

“All those players are being marketed significantly by their footwear brands, so we’ve been able to tie that in with our windows and visual presentations,” said Foot Locker U.S. President Dick Johnson.

Foot Locker Chairman and CEO Ken Hicks added that fresh brands and product innovation have also spurred the category. “The newness has added excitement and brought new brands in, as well as brought back brands that moved away,” he said. “We feel we’re strongly positioned with each of the major players, and we continue to look at and try some of the new players.”

Indeed, the excitement around basketball is giving startup brands the confidence to break in.

Ball’n, which is endorsed by L.A. Laker Ron Artest, bows its first line of footwear this month and will be distributed at Footaction and independents in the Los Angeles and New York areas. “Consumers are looking for something new because they’re more interested in the sport,” said Rodney Jeter, founder of the company.

Though Ball’n has limited resources compared with larger athletic firms, Jeter said a small startup can have a few advantages. “We can react to trends a little bit faster,” he said. “We can close our product development cycle to about six months, where some of the larger companies may take 12 to 18 months.”

Other newcomers are trying to fill niches in the basketball category by offering unique technology propositions.

“We knew the market was super-competitive, and the major players make great performance shoes and great-looking shoes,” said Ryan Goldston. “We had to differentiate ourselves and give customers a reason to buy our products.”

Initially, APL was in one Modell’s door, but after its technology was banned by the NBA for creating an unfair advantage, it signed more Modell’s locations, as well as Foot Locker and several independents in Southern California.

Entering the category last November, Ektio is another startup that is playing up innovation. Using a patented technology that claims to prevent players from spraining their ankles, founder and medical doctor Barry Katz said Ektio addresses a need that firms such as Nike and Adidas have not.

“[Larger athletic brands] are concerned with how the shoe looks and about getting a mega-superstar to endorse their product,” Katz said. “We’re adding safety into the mix of performance and style in the basketball market.”

Mainly distributed on its own website and at Eastbay.com, Ektio is still trying to break into brick-and-mortar stores. “We’re a startup, so everything right now is rather modest,” Katz said, adding that a U.S. sales team is still being put together.

But startup firms aren’t the only ones making a move. Established overseas brands are also trying to break in.

After a year in the States, Chinese footwear and athletic apparel brand Li-Ning plans to invest $10 million into its U.S. business in 2011, as well as broaden distribution and hire 20 additional product developers, according to The Wall Street Journal.

A representative from the company declined to address those figures, but Rick Soberanis, Li-Ning’s SVP of marketing and sales, did tell Footwear News that the move to the U.S. was important because it could boost the domestic business. “China has a huge basketball following, and it moves from west to east. That’s why it makes sense for us to be here,” he said.

With a solid presence in the Los Angeles market, Li-Ning is ramping up marketing efforts on the East Coast this year, said Soberanis.

“We’re pleased with our progress so far, and the idea is to apply what we’ve learned [in 2010] going forward,” he said. “We’re looking to mirror our West Coast presence in the East, particularly in New York, New Jersey and Philadelphia.”

Even with moderate success, Soberanis acknowledged there would be challenges. “To suspect that we could outspend Nike and Adidas would be naive,” he said. “We’re looking to see how we can spend our dollars so they work harder for us, and not necessarily to go toe-to-toe with the big guys. We’re never going to be able to outspend them by conventional means.”

Last month, the brand opened a pop-up shop inside the Staples Center in Los Angeles and held promotional giveaways with retail partner Champs. And over the summer, it commissioned a street team to travel throughout California in a retrofitted truck while L.A. Clippers player Baron Davis promoted product.

Despite the new energy in basketball, not all see the trend continuing.

Sales for basketball grew nearly 20 percent in the fourth quarter, but SportsOneSource analyst Matt Powell said that was not sustainable. “Retailers see basketball as a six- to nine-month business,” he said. “We’ll probably have a good run through All-Star Game weekend, and then sales will star to trail off.”

Powell also predicted it will be a steep climb for brands trying to enter the basketball market, where Nike Inc. has a 95 percent share spread between its Nike, Jordan and Converse brands.

“To scrape some of that off is certainly doable,” he said, pointing to the success of brands such as Reebok and And 1 in the category. “There’s an opportunity to do business here, but I don’t know if other brands will be able to get 10 percent market share in a few years.”