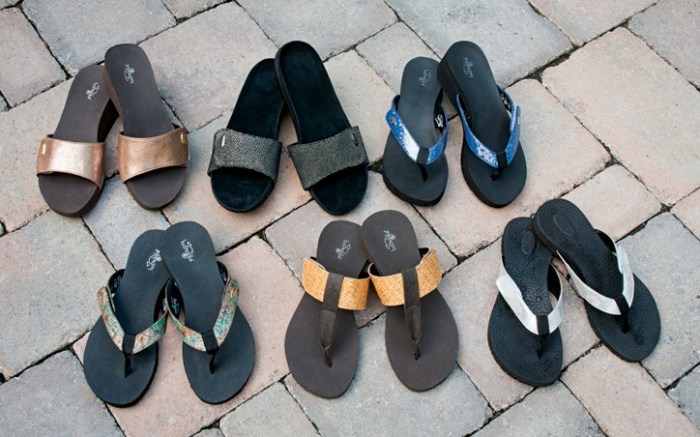 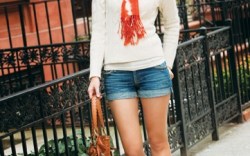 Bandals Footwear has accomplished a lot in two years, and it’s only getting started.

This year, the Rochester Hills, Mich.-based sandal brand signed two new licenses, launched a full e-commerce website last month and is focusing on international expansion. Bandals, which specializes in comfort and value with removable, slide-through bands that attach to a base, expects to triple business in 2011 (year-to-date sales are up 124 percent over total revenue in 2010).

“It took [the company] about two years to figure out the best way to get the [brand] message out to the customer, but a lot of things have started to click, and we’ve already seen a nearly fivefold increase in sales for [our classic casual style] in 2011,” said President Tom Sesti, who has worked in the industry for 12 years, including on the private-label business for Birkenstock and Wolverine World Wide Inc. “We’ve barely scratched the surface.”

Now the firm, which started in spring ’09, is focusing on two new licenses, including one with Legacy Athletic to make NCAA interchangeable bands. As part of the deal, Bandals will work with more than 350 colleges to sell the straps featuring university logos and colors. They will start shipping next month.

The brand is also in business with Tony Little for his Cheeks exercise sandals, which will incorporate Bandals straps. The new partnership launches on HSN in May.

After positive feedback on both deals, Sesti is pursuing additional licensing opportunities to help draw industry attention to the company name. “These partnerships are great for new companies like ours,” he said. “It helps build the brand and drive traffic to the stores.”

The sandals sell for $35 to $45 at a variety of independent retailers, including Foot Solutions in Austin, Texas; Birkenstock of Old Town in Key West, Fla.; and Good Feet in Las Vegas. Individual bands can be purchased separately for $14 to $20.

Good Feet has been selling Bandals for about a year, and the product is currently out of stock, said manager Kathryn Danielson. “They’ve sold so well because they are inexpensive and easy to use with the bands,” said Danielson. “Some of the other interchangable styles on the market aren’t as easy to work with and are not as comfortable.”

The brand has plans to expand its style offering. Its Boot Hug product, which launched for fall ’10 and includes feathers and decorative beading for boot shafts, sells for less than $20 at Journeys, Peter Glenn Ski & Sports and Birkenstock Footprints in Claremont, Calif. And a sixth sandal style debuted for spring: The Runway is a thong look with a small wedge for height. Going forward, more embellishments will be added to draw in a younger consumer.

Ralph Tinney, owner of Foot Solutions’ Austin location, said Bandals has found success in his store, thanks to the look and feel of the sandals. “It’s a great shoe, it’s comfortable and it gives arch support,” said Tinney. “The bands are colorful, and that’s a lot of fun.”

Sesti noted that the brand’s core customer is a woman age 25 to 30, but it also has a following among shoppers up to their 50s.

“We want to see some more fashion styles, but everything will still be comfort based,” he said. “As we develop product for next year, we’re looking to present options that take us [away] from being a niche product.”

The entire line is available on Bandals’ e-commerce site, which launched on March 1 and has since seen a 25 percent increase in page views. Sesti has plans to add product and tweak as needed for an improved user experience, and customers are encouraged to provide feedback and testimonials.

“The site becomes an opportunity to communicate with the customers, and we get [comments] on what they are interested in,” he said.

As another way to reach consumers, the brand has become more active on social networking websites such as Facebook and Twitter, using promotional items and events to draw attention to the product.

While Bandals has not launched a formal advertising campaign, the brand has been involved in pre-Oscar gifting suites. As a result, celebrities including Jennifer Love Hewitt, Paula Abdul and AnnaLynne McCord of “90210” have all been spotted wearing the footwear. Sesti said he is pursuing other event opportunities, including the Emmys and MTV Video Music Awards.

“It helps put the product on the market, and we’ve found that viral marketing and direct events [create stronger] consumer interaction than putting out advertisements,” he said.

The brand also is focused on growing its international wholesale accounts, targeting countries such as Japan, Portugal and Spain. Bandals is already in 15 countries within Asia and the Middle East.

“We found a good place in the marketplace to combine style, comfort and value,” Sesti said. “We’re looking at doubling [revenue] again in 2012.”