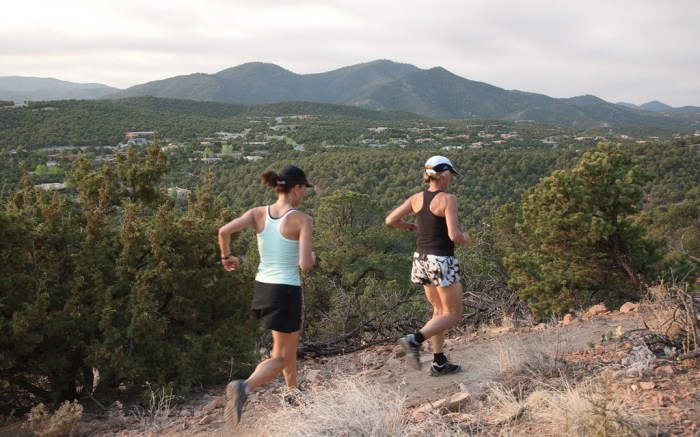 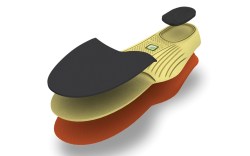 The popularity of minimalist product has had a major impact on the running channel over the past two years, as consumers have demanded lower-profile, lightweight shoes, and footwear companies have dug deep to provide them with options.

But the trend also has affected the components category. Makers of footbeds, which are often billed as a way to add cushioning, posting and support to performance shoes, are now in a difficult position when the hottest thing around are shoes that reduce or eliminate all three elements.

As Robb Finegan, co-owner of Fit Right NW, based in Portland, Ore., said, “You’re defeating the purpose of minimalist footwear if you put a footbed in [the shoes]. … That’s the most asinine thing I’ve heard.”

What impact the minimalist movement might have on insoles is a pressing question for the running specialty channel, given the importance of components sales to its retailers. According to Boulder, Colo.-based Leisure Trends Group, all the stores it surveys stock at least one SKU in the category. And in 2010, 810,000 sets of footbeds were sold in the running channel, representing a $25 million business.

But even as demand for minimal merchandise grows, insole firms aren’t ready to sound the death knell. Retailers said footbeds remain an important market, and vendors reported they are making changes to align themselves with the new world order.

Mike Cosentino, co-owner of Big Peach Running Co., based in Atlanta, said that while insert sales as a whole are up in his stores, footbeds promising a more cushioned ride were looking sluggish. The brand with the greatest gains is Superfeet, which offers insoles with thinner profiles and 3/4 lengths. And that seems to make sense with the growing interest in natural motion and biomechanics, said Cosentino.

Meanwhile, at Fit Right NW, the overall footbed category has trended down slightly, according to Finegan. And while other factors have contributed to the slump, he pointed to consumer interest in minimalism as a big influencer. “It used to be that if someone came in with plantar fascitis, they wanted a stiff rigid shoe and something even more rigid to put in [the sneaker], but now they want to try using less,” he said.

Elisabeth Stahura, retail analyst at Leisure Trends, said footbed inventories have dropped slightly this year, and the relative size of the business has taken a hit.

For 2010 and early 2011, for instance, one set of insoles in the specialty run channel has been sold for every seven pairs of shoes. That’s down from one insole set for every six pairs of shoes in 2008 and 2009, “before minimalism took off,” she said.

But while sales haven’t kept pace with footwear growth, the footbed category as a whole was up 6 percent as of June. “The trend is doing more than just driving toward minimal, it’s opening up a bigger conversation about stride and form,” Stahura said, citing the increased focus on biomechanics as an opportunity for insert makers to position themselves with consumers. “Insoles don’t need to suffer; they can benefit [from that conversation].”

Waco, Texas-based Spenco debuted its thinner and lighter Polysorb ProForm insole in June and has been marketing the product to retailers and consumers as an item that can work with minimalist shoes.

Similarly, Jeff Gray, director of education and training at Ferndale, Wash.-based Superfeet, said the company’s current merchandise is compatible with minimalist product. “The orthotic is there to keep the foot moving in the right direction,” he said. “Superfeet allows the minimalistic shoe to function better and with the right timing.” He added that the firm hasn’t ruled out creating a lighter, narrower insole that preserves the basic biomechanics of the existing line but can fit in barefoot-style shoes.

Rob Nathan, product director at Calgary, Alberta-based Sole, said a portion of the company’s offerings — especially the low-volume Thinsport product, which provides support but almost no cushioning — can add to what a minimal shoe might offer. And, he said, the company has rewritten some of its promotional copy to highlight the way its products support natural motion.

Sole hasn’t ruled out new offerings for upcoming seasons. “We won’t change the existing products, but [minimalism] gives us some ideas for future products,” said Nathan. “We could do one in a 3/4 length so you could wear it in a Five Fingers or a narrower option, or add a metatarsal pad to add support in front,” he said.

Retailers said this new direction will be a valuable one, but maybe not for minimal product.

“We’re doing very well with Superfeet and some of the other insoles, but it doesn’t seem to carry over into the minimalist category. We’re not putting insoles into those,” said Mark Rouse, owner of Arlington Heights, Ill.-based Runners High ’n Tri. But, he said, his store would welcome thinner, lighter footbed options, which would appeal to both traditional insole customers and runners interested in transitioning into more minimal footwear. “Lighterweight is big right now,” he said.

Finegan agreed: “There are a lot of these [more minimal] shoes you can add a little something to. Insoles that are a lot thinner that could add a little structure could help with that transition down.”