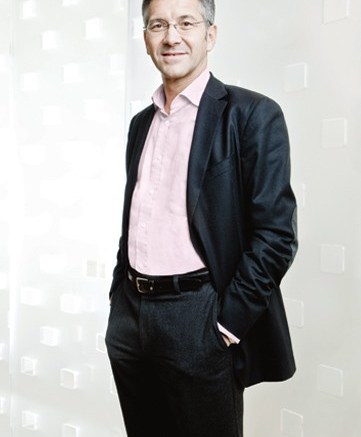 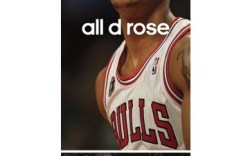 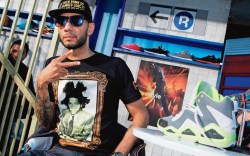 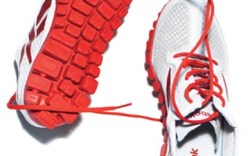 NEW YORK — What a difference a few years can make.

Sitting in the Adidas showroom on the last day of March, CEO Herbert Hainer — who marked his 10th anniversary at the company’s helm last month — is relaxed and upbeat after a 12-day trip around the U.S.

Accompanied for much of the voyage by Reebok President Uli Becker and Adidas America President Patrik Nilsson, Hainer’s mission was to connect with retailers he doesn’t always visit — Kohl’s, say, or Academy Sports — and lay the groundwork for future projects.

“I saw a lot of the country this time,” Hainer said, listing off his stops in Houston, St. Louis, Milwaukee, Pittsburgh, Nashville, Miami and finally New York.

“I am very happy coming off this tour with all the key players,” the CEO told Footwear News in an exclusive interview. “The timing couldn’t have been better. Business is good and the brands are growing.”

That upbeat spirit is a change from a few years ago, when the company found itself off price, without a compelling technical story and widely overdistributed in both the Adidas and Reebok brands.

But these days Adidas Group seems to be back on track. Despite an uncertain economic climate and the unprecedented manufacturing crunch, the Herzogenaurach, Germany-based athletic giant more than doubled its income in 2010, earning 567 million euros, or $806.4 million at current exchange. Annual revenue advanced 9 percent to hit 12 billion euros, or $17.1 billion. And in the challenging North American market, the group notched 14 percent sales growth for the Adidas brand and 22 percent for Reebok.

Hainer said there are issues ahead, particularly on the manufacturing side. Like almost every player in the space, the Adidas Group will raise prices on certain products for both brands in 2011 and 2012. “Price increases will come. We can’t do it without [them],” he said.

But even so, the company is pushing forward with an aggressive agenda.

In November, Hainer unveiled “Route 2015,” the firm’s five-year plan to boost sales to 17 billion euros by 2015, with growth in the U.S. market a critical element.

To support the expansion, on March 16 the group launched “All Adidas,” its biggest campaign to date and the first brand-focused effort since 2004. The global TV and Internet push is meant to help the brand re-establish its identity.

A rejuvenated Reebok is also getting its share of attention, particularly in the U.S. Its new natural-motion RealFlex line, which hits stores this month, is considered a big opportunity, Hainer said. And the brand’s long-moribund Classics line is being reanimated with help from hip-hop producer and artist Swizz Beatz, who signed a multiyear deal to serve as creative director of the segment.

Analyst Erwan Rambourg of London-based HSBC Bank said Reebok, in particular, has significant growth potential. “We’re quite bullish on Reebok,” Rambourg said. “We believe [the brand] has great opportunity to grow outside the U.S. this year and to grow outside footwear. There’s potential for good top-line growth, but also on margins.”

According to Ken Hicks, chairman, president and CEO of New York-based Foot Locker Inc., there’s momentum behind both Reebok and Adidas. “They’ve got a lot of things going on and they’re a tremendous partner,” he said. “When you look at new products, such as the Zig and Flex, and their move into basketball — the Dwight Howard and Derrick Rose Adidas shoes and the John Wall Zig [basketball shoe with Reebok] — it demonstrates their interest in developing this big part of the American athletic shoe business.”

FN: “All Adidas” launched a few weeks ago. Why was now the right time to create a brand-building campaign?
HH: Our last [push] was in 2004 with “Impossible Is Nothing.” Since then, we’ve broken it up [and focused] on categories with football ads, basketball ads, etc. We said it’s time to bring it together again to show the consumer what Adidas is all about: It’s not just football and not just Originals. This is the biggest brand campaign that we have. We spent more money than we ever have before, and it seems to be working very well.

FN: The campaign is set through 2011. Will it carry through as the brand statement in 2012 and for the Olympics?
HH: It could be. We haven’t decided yet what we are doing in 2012. We’re already taking out parts of the campaign now for individual categories, so it might be that after we have done the grand campaign this year, we’ll break it up into categories again. We are the sponsor of the London Olympic Organizing Committee, so there is definitely big activity from us that you can expect in 2012.

FN: Basketball and running have taken center stage here in the U.S., both in ads and in your product initiatives. Are those the categories you’ll focus on going forward?
HH: At the end of the day, we have to have everything if we want to get to 17 billion euros in sales. But we have called out a few [categories] where we see the biggest growth potential: running, basketball and the fast-fashion vertical business model. And we have Reebok. In Reebok, we have so much more potential. We’ve just scratched the surface, and we have a lot of new ideas.

FN: Where are you with Reebok?
HH: We want to make it an international brand — as international as Adidas is — and we definitely can do it. We have infrastructure, we have subsidiaries all over the world, we have our offices and the people. But the stage that the brand is in is different from country to country, so for now, we need to harmonize it and internationalize it with one position and one clear message. We have said that in 2015 we definitely want to do 3 billion euro. In 2010, we had 1.9 billion. But my honest opinion is that that is conservative [as a target] because the potential has definitely begun. We will build a much bigger apparel business, not just in the three pillars — [EasyTone, Zig and the new RealFlex line] — but in general with the basic training gear, fitness gear, women’s and more. We’ll also be building Classics.

FN: The RealFlex lightweight, ultra-flexible running collection debuts globally this month. What are your expectations for it?
HH: This is a pillar that can become as big as EasyTone. The orders are extremely good, with broad-based distribution in the U.S. market. We really have high hopes for it.

FN: Toning has been particularly challenged in the U.S. What will you be doing to address the category going forward?
HH: We’re holding some products back. We are taking some of them and putting it into our factory outlets, and giving retailers newer products. We will further evolve EasyTone and come up with new innovations.

FN: You’ve spoken publicly about the opportunities for the brands in China, Russia and the U.S. Are there other areas you’re looking at as well?
HH: In the future, India can become a big market. I don’t know how fast it will grow, but the potential is definitely there. When you look just at the Cricket World Cup’s power, how excited people there are, [it’s clear that India] can be a big market.

FN: Is that a near-term or long-term opportunity?
HH: Long term, I think. I have to look long term and manage short term.

FN: On a broader scale, rising materials costs have been a huge pressure across the industry. What is your take?
HH: It’s definitely a challenge. When you see the input prices and, to a certain extent, labor costs, this is something we haven’t experienced at this magnitude. Cotton has doubled in the last 12 months, and polyester, rubber, oil, everything went up. And obviously, we want to protect our margin and our profit to give what we can to the shareholders. But [these increases] are not coming gradually. They’re coming harshly and in a short period of time, and we don’t have much experience [dealing with those conditions].

FN: How will the Adidas Group address the increases?
HH: We’re trying to mitigate it from different angles. On the one hand, we’ll try to improve and be more efficient and faster in and take the costs out in our supply chain. On the other hand, we’ll try to re-engineer some of the products without jeopardizing quality, functionality or innovation. And last, we will increase prices. The consumer has to take their fair share as well. Therefore, price increases will come.

FN: What do you mean, “re-engineer”?
HH: We have to look more intensely into many of our products and ask, what is the real benefit for the consumer, what is the real functionality? You don’t need to always add the whistles and bells to every product. We always try to make the best running shoe, the best basketball shoe, but sometimes when you give designers too much freedom, they make Ferraris when you only need a BMW.

FN: How have your customers reacted to prices going up?
HH: Obviously, no retail partner is jumping with excitement when you tell them we have to have price increases. But it’s quite simple. I say, “Do you want your margin to suffer? No. Should my margin suffer? No.” So we have to do it.

FN: How long do you predict this inflationary period will last?
HH: I’m not an expert in raw materials, so I have to ask our expert and they ask the other experts. On the oil side, you have this Libya war; on the cotton side, you have the flooding in Pakistan and in Thailand. What we hear is pricing in cotton may have peaked because more and more cotton fields are coming back. Oil, we have to see what’s going on in the Middle East. Rubber is absorbed by the car industry at the moment. I don’t think that rises will be that steep anymore, but I’m not here to say the worst is over because nobody can predict that.

FN: Have you taken any action on the factory side to increase efficiency?
HH: We have consolidated manufacturing heavily in the last 10 years, mainly on the footwear side. We don’t produce by ourselves, so we are working closely with our main suppliers, asking them, “How do you see the labor situation and government restrictions or import tariffs going forward?” and together with them we are building up our sourcing strategy.

FN: Are you looking into factories outside China?
HH: [Our partners] are investing in other countries, but still the majority [of the production] will stay in China. When you see our plans for 2015 — and Nike has announced their plans and they also want to grow — there is more capacity needed. And you can’t do it without China.

FN: Are you concerned that price increases and the general economic situation could dampen consumer spending?
HH: Yeah, but when you look at 2010, the [economic] situation was the same and people bought our shoes. Otherwise, we wouldn’t have grown by 1.6 billion [euros in sales]. If you give the consumer a reason to buy, then they are still spending. So that is always what we are trying to do: bring new, innovative products to the market.